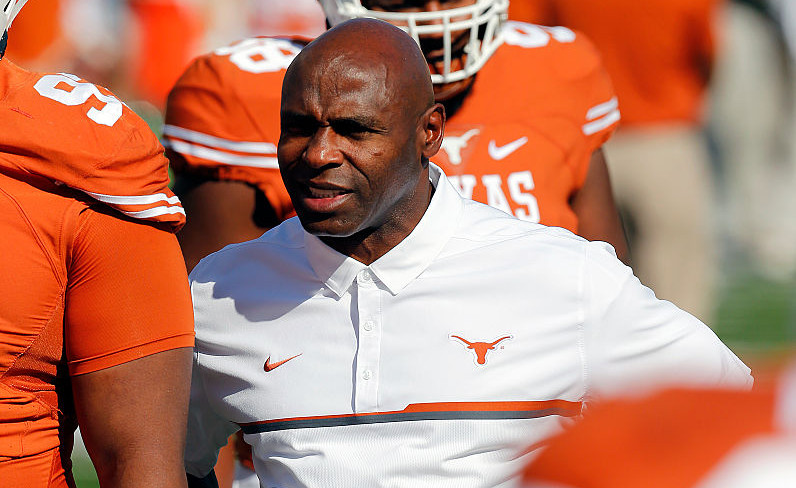 With Texas head coach Charlie Strong being thrown into one of the most uncomfortable positions one can have as a head coach, at least he knows his players have his back.

If Texas fires Strong, it has been reported by the Austin American-Statesman that members of the football team will boycott the next game against TCU (Friday afternoon) in protest.

“Some of the team is threatening to boycott the TCU game,” the source said. “Older players are trying to settle things down.”

It is probably not likely that any number of Texas players would actually boycott a game over a university’s decision on the head coach, but players threatening to sit out a game has precedent, although for very different reasons.

Last season, players at Missouri joined a unifying cry around the campus in protest of how the university responded to acts of harassment and violence against black students. What started as a gesture by a small number of Missouri players, all black, quickly became a team-wide decision endorsed by head coach Gary Pinkel. Once the football team got involved with the widespread protest on Missouri’s campus, changes came about with the university’s leadership.

The circumstances at Texas are different of course, and it is just about entirely based on football performance. Texas just lost to Kansas for the first time since 1938, and patience to build a winning program was already razor thin in Austin. Strong has been on the job for three years, which arguably should have been enough time to rebuild what was a program stuck in the mud. Texas has far too many resources available and too fertile recruiting territory to now shows signs of progress to build on in year three, as tough as things were for the program as they pushed Mack Brown out the door.

Strong may not have been the guy in the end for Texas, but the players going so far as to threaten a boycott in support of the coach shows the level of respect the players have for their embattled coach. And with that in mind, regardless of what happens with Strong at Texas, the odds are good he will be a coach somewhere in 2017 and will do just fine.