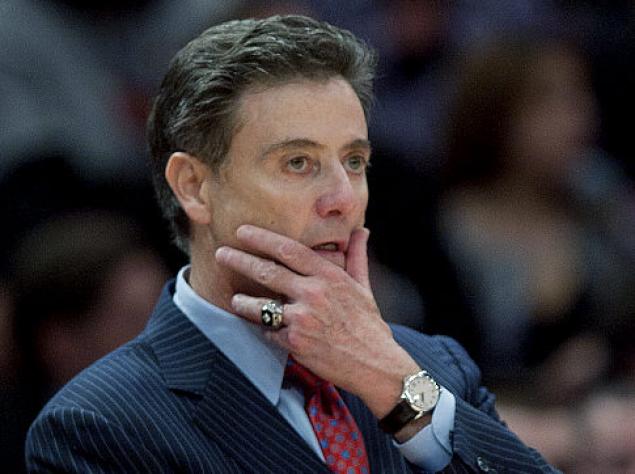 It wasn’t that long ago that a disgraced college head coach didn’t need to do anything other than waiting a year or two until they got their next shot. Got fired for inappropriate behavior, shady recruiting tactics, or an assault scandal involving one of your players? Just go away for a little bit, let cooler heads prevail, and you’re bound to get a call or two from another program soon enough. Or maybe just be an assistant at an out-of-the-way school for a couple years and, before you know it, the coaching carousel will swing back your way. You could even take a sidestep into the media world for a little bit to rehabilitate your reputation while you wait for the phone to ring.

Hell, Baylor coach Dave Bliss paid for a player’s tuition and then, when the player was tragically murdered, tried to frame him as a drug dealer in order to cover his own tracks. And even that guy eventually became a head coach again (until a documentary about his actions reminded everyone what a scumbag he was).

Point being, disgraced head coaches didn’t really need to have a game plan because the system protected them. They always had believers. They were always offered a second chance. Their success on the field or on the court always mitigated whatever transgressions took place off of them.

That is, until recently. Perhaps it was one-too-many scandals that stepped far beyond the world of shady payments and free sneakers. There were only so many Jerry Sandusky scandals and Bernie Fine scandals and Baylor football scandals and Larry Nassar scandals that we could take before we as a society decided that repercussions needed to be more severe.

Art Briles oversaw a Baylor football program where players were seemingly allowed to sexually assault women without any regard for their status on the team, let alone at the university or society-at-large. Depending on the circumstance, he either claimed ignorance or “I was just following orders.” And when it was all over and he’d lost his job and his reputation, he spent months playing the victim, assuming that the second chance he was owed would come around eventually. It almost did in the form of a job in the CFL, but public opinion was so heated and emotions still so raw that it became clear Art Briles was radioactive and covered in asbestos. No one should go anywhere near him.

Seemingly dead-set in his presumption that he doesn’t deserve the blame he’s received, he followed that path to Europe. Italy, specifically, where he was hired as the head coach of Guelfi Firenze, an American football team. Presumably, Briles figures that if he keeps working and keeps showing his contemporaries that he’s good, even from across the ocean, they’ll eventually come around. Because to a guy like him, on-field success will always eventually trump what happened off of it. And it’s understandable because that’s the world he grew up in and the world he came of age in.

Who knows, maybe he still does. Maybe, given a few more years and a bit more distance from Baylor, he might just prove us wrong. But it sure seems futile at the moment.

However, it looks like Briles is going to have some company close to the Mediterranean. He won’t be the only disgraced former college head coach attempting to salvage what’s left of his legacy. He’ll be joined by Rick Pitino.

Adrian Wojnarowski broke the news Thursday that the former Providence, Kentucky, and Louisville head coach had agreed to a deal to coach EuroLeague team Panathinaikos in Greece for the rest of the season. After trying and failing to secure a return to the NBA, Pitino apparently thinks that if he just keeps his nose clean across the pond, the league will eventually come back around. It presumes the old adage that whatever happened off the court doesn’t matter in the end.

That’s asking a lot given what Pitino did at Louisville, overseeing a program investigated by the NCAA over the use of strippers and prostitutes in recruiting visits and investigated by the FBI into payments made to a recruit. To say nothing of the whole Karen Sypher affair.

Even if the odds are slim, it says so much that the 66-year-old Pitino, already a Hall-of-Famer, is willing to uproot his entire life to go coach for a lunatic owner in a foreign country just because he assumes that’s what it will take to get him back to the position he deserves.

Same for Briles, a 63-year-old man who can’t just let it go even though his given profession (for the most part) doesn’t want anything to do with him. The impending reveal of potential NCAA penalties against Baylor and Briles will ultimately do more to decide his fate than anything he does in an Italian football league.

Few people are rooting for either of these men to get what they want. Then again, few people will be surprised if and when they get it anyway. We’re hopeful that the world is a little different. That there’s actual accountability for the actions and inactions of a head coach blinded by their own ego and greed. That the Urban Meyers of the world don’t get to just walk away from the messes they’ve made and start fresh someplace new two years later.

Ultimately, we’ll believe it when we don’t see it.