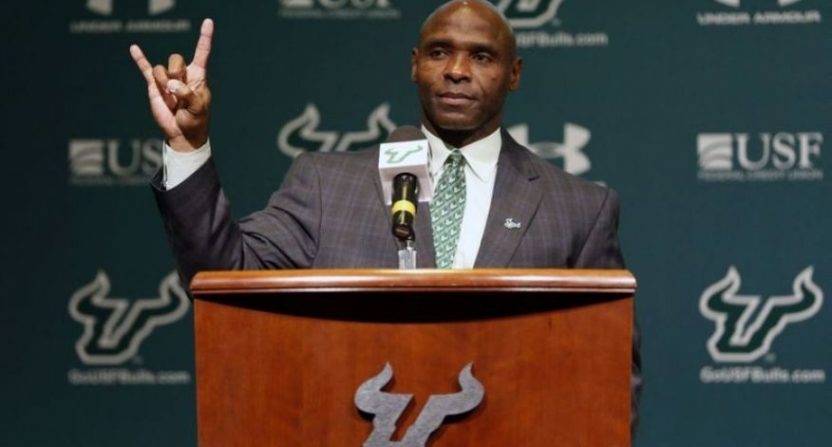 The American Athletic Conference is on the rise. Over the past few years, Houston, Memphis and Navy have provided the conference with a trio of consistent teams. At least one of those teams has been able to place in the final AP Top 25 for each of the last three seasons. Week 11 of 2015 saw four teams ranked in the Top 25, with Houston finishing the season ranked eighth in the country. Over just a few short years, the AAC has earned some respect through the performance of some very good teams.

The most consistent teams in the AAC over the last three seasons have been Houston, Memphis, Navy (who joined the conference in 2015) and Temple. I expect three of those four teams to stay at the top of the AAC this season which brings us to the beginning of the risers and fallers of the AAC.SMU

Matt Rhule turned the Owls completely around in four seasons. In Rhule’s first season, the Owls finished in last place in the conference. Last season, Rhule took them to a conference championship. When you have a coach that has taken a team from such depths to such heights, a decline is probable when a new coach arrives. Nothing against Geoff Collins, but don’t expect the same results from him this season.

One concern right out of the gate for Collins is that he returns the fewest starters in the conference. The Owls defense was ranked third nationally in total defense and 11th in scoring defense but only four starters return from that unit.

The good news? The Owls don’t have a tough schedule. The Owls open the season in South Bend against Notre Dame, but USF and maybe Tulsa are the only daunting road conference games. Expect Temple to have a decent year but they won’t continue their streak of getting to the Conference Championship Game. [Temple has played in each of the first two AAC championship games as the East Division champion]

Phillip Montgomery has done a truly admirable job at Tulsa. He took a 2-10 team and in two years got them to double-digit wins. There are many reasons to think Montgomery will keep the Golden Hurricane headed in the right direction.

One reason I have my doubts is the departure of quarterback Dane Evans. Evans threw for over 3,000 yards last season and tossed 32 touchdowns. If Montgomery has a plug and play starter at QB then Tulsa could again be the surprise of the conference.

Another reason I have my doubts is that outside of Memphis, they really didn’t beat anybody of note last season. They did score wins over SMU and UCF last season but both finished with conference records at or below 500. Tulsa once again has Houston and Navy on the schedule (both losses last season) and has also added USF. The schedule is tougher this year it will reflect in the loss column.

Chad Morris has not lit the world on fire at SMU, but he’s taken some solid steps. The Mustangs took some bad losses in 2016, but they also had a huge win over Houston.

The offense returns nine starters and that’s a big reason why I expect the Mustangs to continue taking steps forward in 2017. In 2015, they won one conference game. In 2016, they won three conference games. Expect five wins from them in 2017.

In one year, Scott Frost took the Knights from zero conference wins to a bowl game. Who am I to doubt that Scott Frost can take them further this season?

The offense will only get better this year with McKenzie Milton as a rising sophomore and eight other starters returning on offense. The real tipping point for UCF this year and how good they will be is based on their defense. The secondary will be young and inexperienced and their performance will tell us if the Knights can really make a big jump this season.

The Huskies won just one conference game last season. Then they went out and re-hired Randy Edsall. Despite the lukewarm response Edsall has received from the media, I think it’s a very good hire for UConn.

In his last four years at UConn, Edsall was the model of consistency. He failed to get Maryland over the hump, but he has proved that he can win at UConn. Edsall is going to do a better job at UConn than you think and with the surprise hire of offensive coordinator Rhett Lashlee, you will start to see the results in 2017.

Last year, Strong was coaching Texas. Now he’s coaching USF. Most would consider that a demotion, and in terms of college football pecking order and prestige, it is.

However, Texas was not a good spot for Strong. Strong learned a lot from his failures in Austin and it will only make him a better coach for what he has learned. He has landed in a perfect position as Willie Taggart has set the deck for him and Strong has inherited a Top 25 caliber team. Expect Strong to come in and have USF in the hunt for the conference championship.