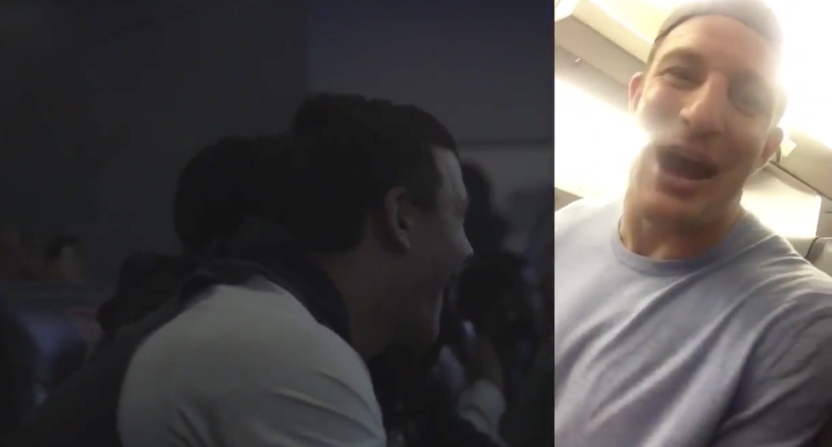 Texas Tech safety Justus Parker is quite the underdog success story. An unheralded recruit, Parker played his freshman season at Division III Texas Lutheran before transferring to Texas Tech as a walk-on.

After surprising folks with six starts this season, Parker showed coach Kliff Kingsbury enough to earn a scholarship. In an era when social etiquette asks programs to devise an elaborate surprise when presenting a walk-on with a scholarship,  Kingsbury reached out to Patriots wide receiver and former Texas Tech standout Danny Amendola. Not only did Amendola agree to make a reveal video, but he also got teammate Rob Gronkowski to make an appearance as well.

Check out the mob scene when Amendola and Gronk announce that Parker is now on scholarship.

Add this to the list of great reveal videos. Over the summer, Tennessee tight end Eli Wolf was given a scholarship during a drill with his older brother, who’s also on the team. Minnesota coach P.J. Fleck managed to concoct two reveals, one involving a t-shirt cannon and another involving an easter egg hunt. Western Michigan even got Sylvester Stallone! Though for scholarship recruits and not walk-ons, East Carolina has sent out Pirate-themed scholarship offer scrolls.

On the basketball side, Michigan had two cops pretend to arrest Andrew Dakich in what was surely a rollercoaster of emotions.

There’s no question Parker earned his scholarship at Texas Tech. In 12 games, he compiled 42 tackles and was named second-team All-Big 12. Texas Tech went 6-6 and will face South Florida in the Birmingham Bowl.