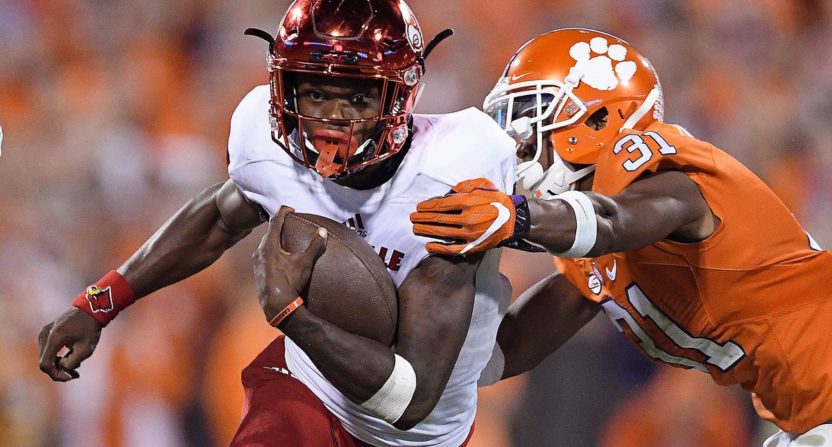 Coming off a wildly successful college football season in 2016, the ACC is not struggling to find storylines to follow for the 2017 season. The ACC is home to the defending national champions and reigning Heisman Trophy winner. The ACC has a projected national title contender (or two?) and the annual question of whether Miami can finally break through to win the conference and enter the College Football Playoff picture.

What is the biggest storyline worth following in the ACC this fall? We put the question to The Comeback’s college sports staff.

Matt Litchtenstadter: Can Lamar Jackson help Louisville break the FSU-Clemson duopoly? The Cardinals aren’t as talented on the whole as the Seminoles or Tigers, but they do have a game-breaker at QB which can absolutely change the paradigm in that division. FSU are the presumptive favorites because of their QB and talent across the board, and Clemson — though they lost considerable talent from the national title-winning team — aren’t any slouches either.

But Lamar Jackson can take a flawed Louisville team beyond them, especially considering how they destroyed FSU last season and came so close to beating Clemson in Death Valley. If Louisville is to represent the Atlantic in the title game, they will be relying on the arms and legs of their superstar to do it.

Phil Harrison: The biggest storyline this fall in the ACC is what kind of team Clemson will be without DeShaun Watson and other key losses. The Tigers have had great recruiting classes over the last couple of years, and the talent waiting to come up next is perhaps at an all-time high level. But we’ll see whether Dabo has this program to the level of an Alabama or Ohio State, where it’s reload and contend for a national title, or if there will be a bit of a step back. Florida State should be there to provide plenty of resistance towards another Atlantic Division title

I’ll certainly be keeping an eye on Clemson. While no one expects this year’s starter to be Deshaun Watson, the Tigers definitely need solid play under center to win the national championship. Will it be Kelly Bryant or Hunter Johnson (or both) taking the snaps for Clemson this fall?

There’s even more uncertainty in the Coastal Division. North Carolina has the unenviable task of replacing first-round draft pick Mitch Trubisky. Likewise, defending champion Virginia Tech will have to figure out who will take over for Jerod Evans, who threw for 3,552 yards and 29 touchdowns. Georgia Tech and Miami have a similar problem, as each will have to replace three-year starters under center. Pittsburgh has an intriguing situation as well, with USC transfer Max Browne set to take over for Nathan Peterman.

How will all of these situations turn out? I don’t know, but I can’t wait to watch it unfold! 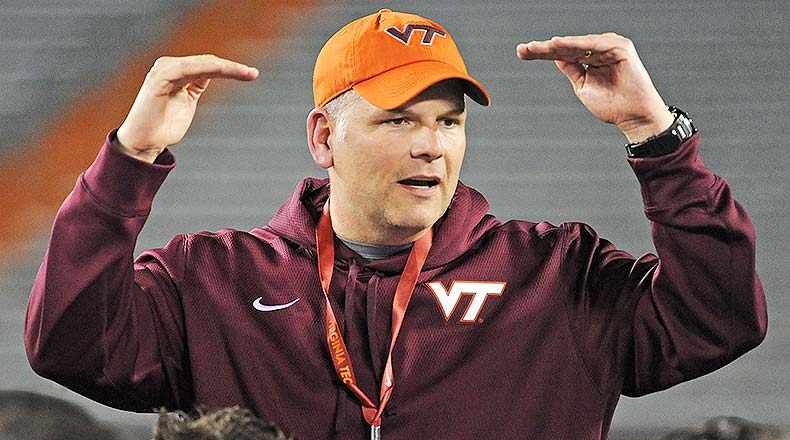 Andy Coppens: For me, the biggest storyline I’m going to be watching is if anyone can really challenge Florida State or Clemson. Both are experiencing major changes on offense and if the ACC is going to show that it’s more than a two-horse race, this is the season to do it. Will Miami make a jump in year two under Mark Richt? What about Pitt and the transformation that is ongoing under Pat Narduzzi? Oh, and some team by the name of Virginia Tech and their seemingly great hire of Justin Fuente?

If any of those clubs want to step up to take on the big dogs, it has to happen this season. Louisville’s big run last year ended with a dud and outside of that, the league hasn’t really been that competitive nationally. So, if we can see anyone stepping up to challenge the supremacy of Clemson and FSU it’ll be a good thing for the league overall.

Kevin McGuire: I think the story that will become a big theme this season will center around Miami. Stop me if you have heard this one before, but we are getting set up to ask the question of whether or not Miami is “back” among college football’s elite. They won’t be there yet, as Florida State and Clemson are still the top powers in the ACC (and Louisville can be interesting).

The difference this year is I think the conversation will be more legitimate than it has in the past so many years. Miami was brought to the ACC to be a football power and they have still not even played for the ACC championship. Whether or not that end that drought this year remains a fair question, but I think Mark Richt will begin showing we should start to consider Miami more seriously as an ACC contender than we have in a long time.