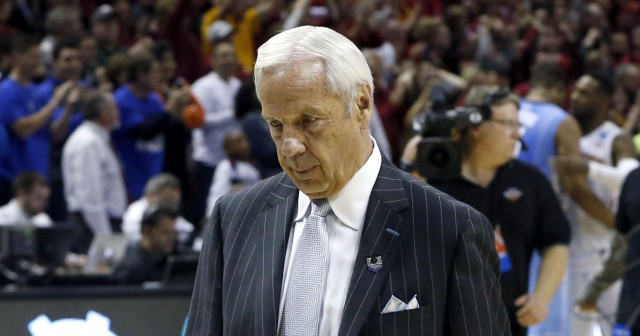 The ever-changing landscape of NCAA rules and regulations is affecting the way schools go about their business. A high-profile college basketball coach represents a prime example.

A copy of Roy Williams’ contract with the University of North Carolina was obtained by USA Today Sports. The document showed that the school now has more options in terms of firing Williams for cause.

The school said the situation was not unique to Williams, and that the clauses are continuously changing. “This is standard legal language that is in our contracts moving forward,” athletics director Bubba Cunningham said in a statement through spokesman Steve Kirschner, via USA Today. “These types of clauses change over time. It is not unique to Coach Williams’ contract and reflects the issues that schools face across the country.”

The terms of the contract went into effect April 1, 2015, and USA Today pointed out that the new terms “might not be applicable to actions or inactions by Williams in connection with the academic scandal at the university.”

This is pointed out in the contract, which states:

Previously, Williams or a member of his staff had to have committed a violation for there to be cause. The new terms of the contract also require Williams to notify the school’s athletic director (Cunningham) if he believes any violations have occurred.

On top of this, the language in the contract now puts in place an increased compliance role for Williams, who is responsible for “promoting an atmosphere of compliance with, and supervising and maintaining full responsibility for the conduct of all assistant basketball coaches, basketball program staff members, employees and student-athletes under Coach’s supervision.”

All of this comes after an independent investigator released a report in 2014 that revealed no-show classes at North Carolina. These classes helped football players, as well as men’s basketball players, stay eligible for nearly two decades. The NCAA’s investigation into the matter is ongoing.

Williams might not be under fire, but in the case that North Carolina feels the need to make a move, the school certainly has more ways to go about it under this new agreement.