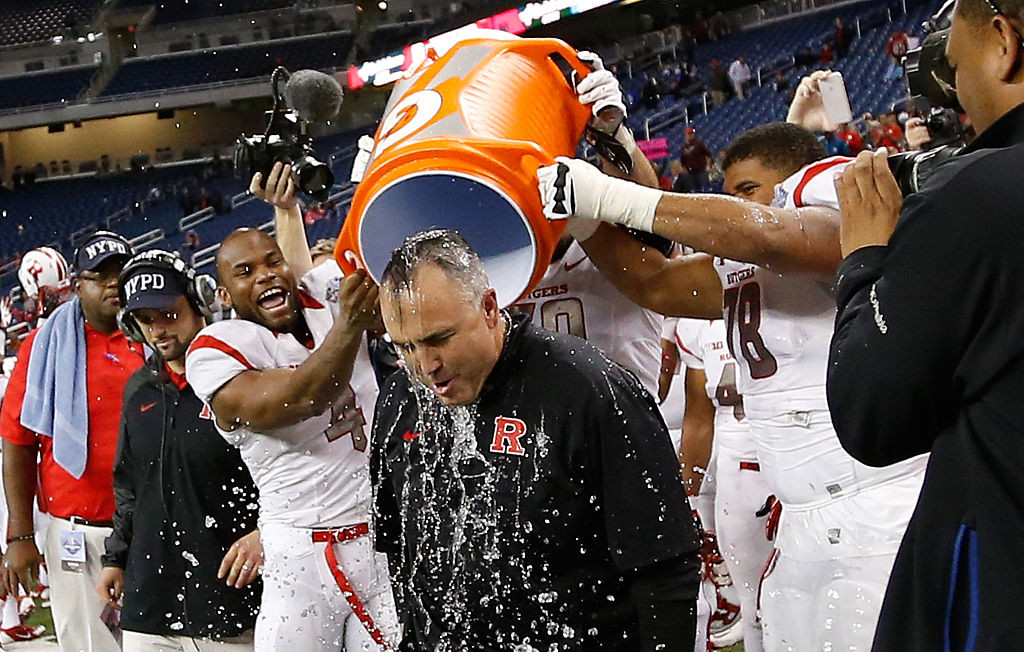 As if the Rutgers football program wasn’t suffering enough from the Kyle Flood era, it appears that things are only going to get worse.

NJ.com is reporting that the NCAA will soon be giving the school a notice of seven possible NCAA violations. These all stem from Flood’s time in Piscataway, which ended when he was fired following the 2015 season.

According to the information given, all of the violations are likely to fall under the Level II distinction. There are four different kinds of NCAA violations. Though the school has yet to confirm or comment on this matter, here’s what we know about the violations thus far.

The accusations are far-ranging and involve the football program under Kyle Flood’s coaching regime. Flood was fired following the 2015 season, months after he was suspended for three games by the university for academic improprieties.

The NCAA charges that Flood provided former cornerback Nadir Barnwell with an impermissible extra benefit by directly contacting a professor seeking special consideration for Barnwell in an academic course relating to the 2014-2015 academic year.

In addition, it’s believed that Flood is charged with failing to promote an atmosphere of compliance in the football program, violating the principles of NCAA head coach responsibility legislation.

So, it seems as if the school will be charged with a “failure to monitor” charge and then get further charges from there.

Incredibly, the notice also mentions that 16 players failed drug tests and were still allowed to play.

Those in the know hope that the school’s decision to basically fire any leader in the school will help lessen the blow from the NCAA.

Rutgers is just amazing. It doesn’t seem like it can get any worse for the Scarlet Knights…and then it does. Folks in New York must be rushing to their TVs and turning on the Big Ten Network to proudly watch Rutgers fail in just about any sport.