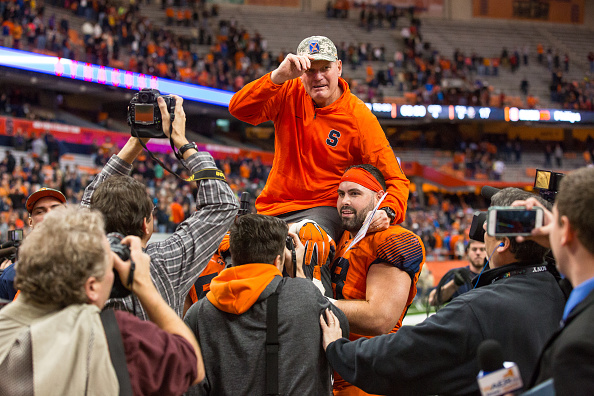 Scott Shafer was recently fired as the head coach of Syracuse football after compiling a 14-23 record in three seasons with the Orange.

Shafer could not handle facing his team for a final time and opted to write a letter to his team, calling upon fifth-year senior guard Rob Trudo. Trudo was given a stack of papers from Shafer, titled For The Love Of The Game.

“There’s no f***ing way I’ll be able to say this tonight without getting all emotional,” Trudo recalls Shafer telling him. “I want the seniors to run the meeting.”

Shafer hugged Trudo and cried on his shoulder for a moment. Then Trudo returned to the meeting room and waited for the rest of the team to file in.

“It changed my complete mood from relaxed and focused up to, ‘OK, this is some serious s*** now,'” Trudo said. “You see Superman cry … you know what I mean?”

The other players who had arrived early could tell Trudo’s demeanor had changed. Some of those who walked in noticed, too.

Trudo glanced down at the letter as he waited for the clock to reach 8 p.m. It was titled: “For The Love Of The Game.” He read through it. 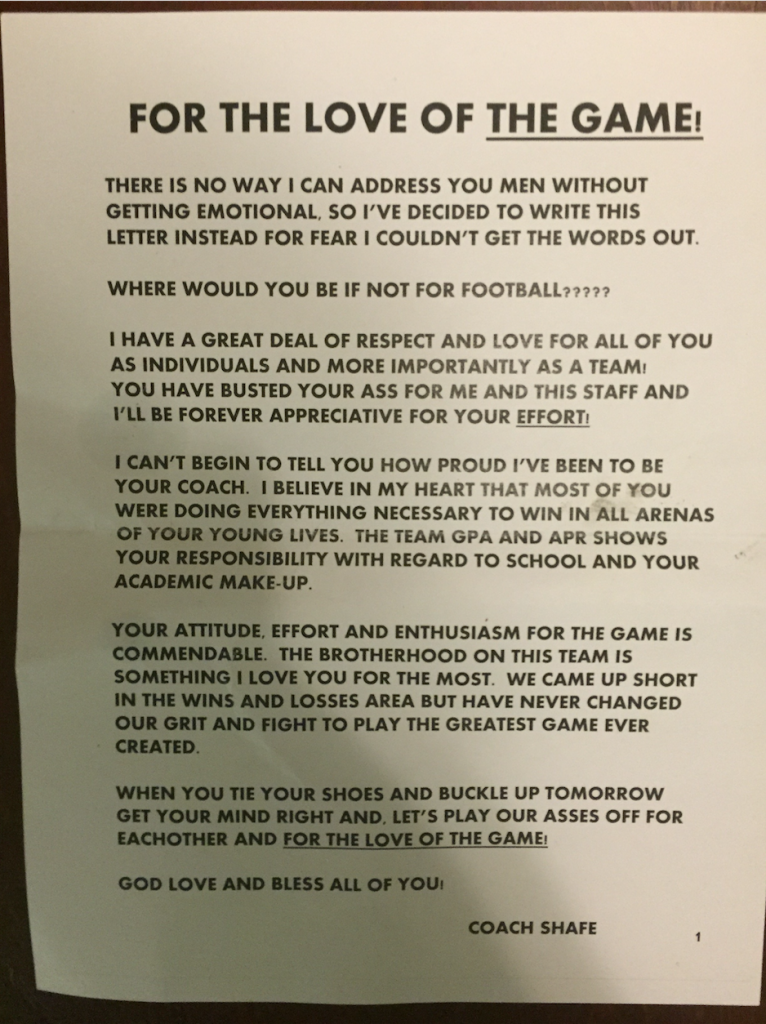 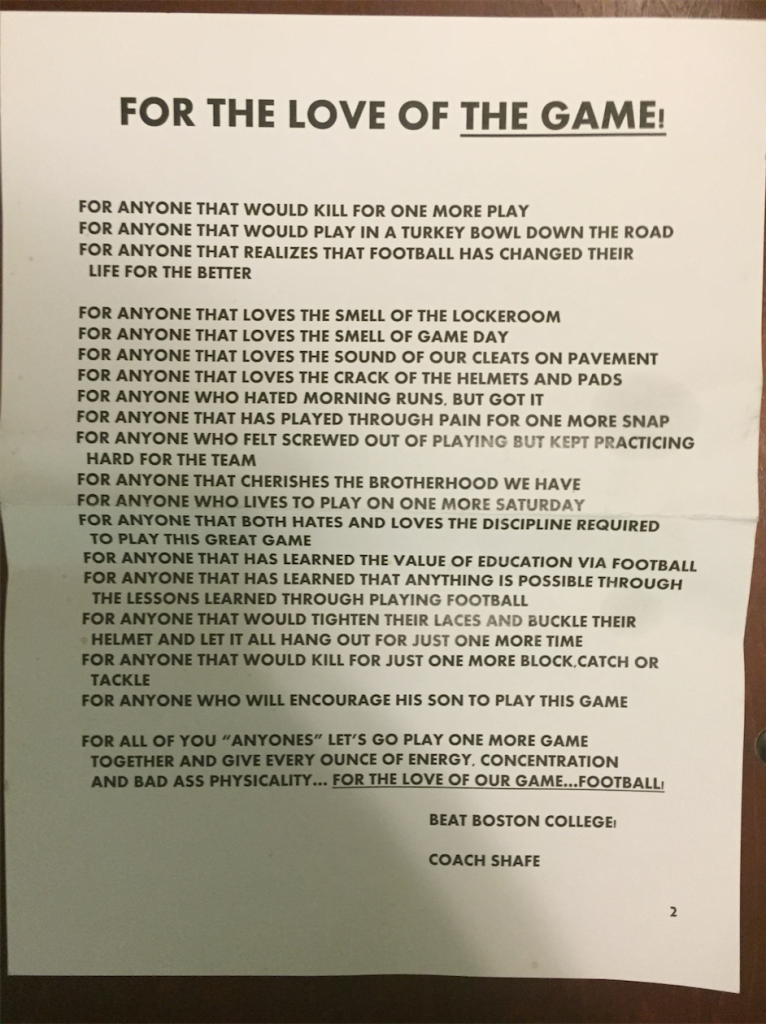 Trudo emotionally read through the letter to his teammates for his coach. The next day, Syracuse would go on to win a tight 20-17 contest against Boston College to finish off Schafer’s tenure at the school.

Schafer was also visibly emotional in his postgame presser:

Although Schafer didn’t have much success at Syracuse, it’s clear he had a connection with his players, and left an impact, no matter how poor they may have played out on the field.