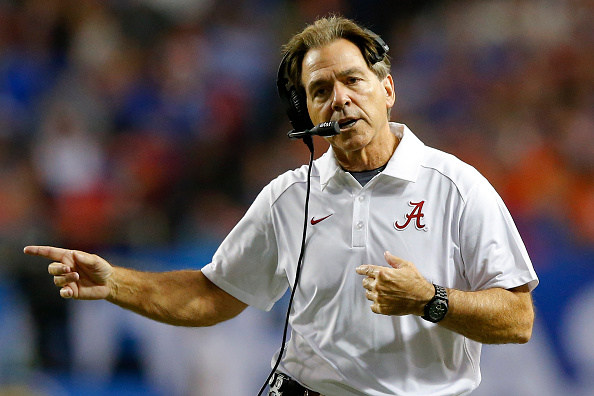 The U.S. Department of Education’s Office of Postsecondary Education recently released figures that have been reported by major universities across the nation in terms of athletic revenue. What we have seen is increased revenue across the board and teams in the SEC and Big Ten dominating the top of the list.

There were 28 athletic departments who earned at least $100 million in revenue for the 2014-15 athletic year, and more than half of those schools belonged to the SEC or the Big Ten. Per usual, Ohio State and Alabama were in the top three, with Texas (not an SEC or Big Ten school) at the top.

Schools in the SEC averaged $110.3 million on the year, the most of any conference. Florida State and Louisville were the only representatives of the ACC on the list, which makes sense when you consider each school’s football and basketball programs, respectively.

Stanford, Southern California, and Washington represented the Pac-12 in the list of 28 schools topping $100 million, though all were trumped by a whopping ten SEC schools

In looking at this list, you can look at the teams closer to the top, and how their program’s standards are higher than others, whether you find them reasonable or not. Take Texas, for example. Texas appears to have very little patience in getting back to their football prime, and it’s largely because of all of the revenue that they bring in.

With the revenue, it allows for the Longhorns to provide the most resources out of any college football program, so when things aren’t going well, questions are raised, and raised quickly. It would also explain (somewhat) why Les Miles was on the hot seat earlier this season, and Tennessee keeps rotating coaches in and out of the program.

Before long, $100 million will no longer be the milestone when the likes of Texas, Ohio State, and Alabama cross that $200 million threshold.

With the increased revenue coming in on a yearly basis, along with restructured bowl deals that bring in more money for schools, expect more people calling for the paying of college athletes, as well.