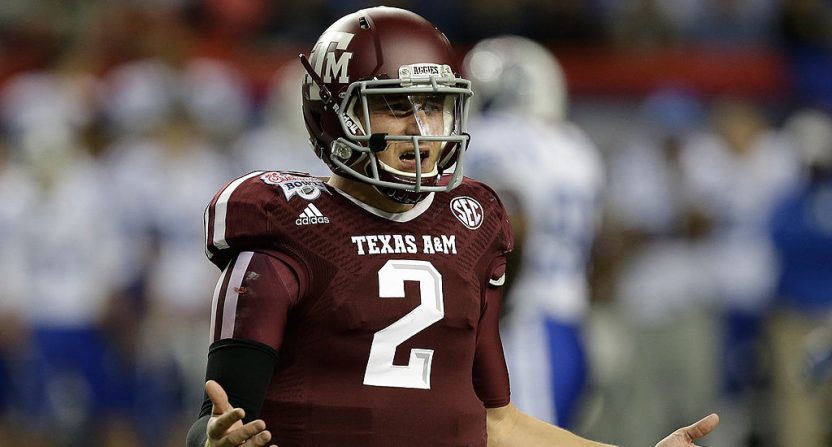 No, you are not reading that headline incorrectly. SEC fans took to the interwebs and stuffed the ballot box for that mighty icon of SEC football known as Johnny Football, a.k.a Johnny Manziel, in a ballot put together by The Tennessean.

It was an effort called “The Tennessean’s Heroes of the SEC,” and apparently, there was a rather large mockery made of the effort to cast the best player in SEC history over the past 50 years.

Manziel had one hell of a ride, with voters apparently taking things seriously early on. He narrowly beat Alabama’s Derrick Henry in round one and then went on to best former Florida QB and head coach, Steve Spurrier, in easier fashion (55.7 percent to 44.3).

But after that? Manziel mowed down the likes of Jack Youngblood, Reggie White, and Herschel Walker en route to the finals against easily the most recognizable SEC name of the last 50 years — legendary Auburn running back Bo Jackson.

In a sad statement on America, Manziel took down Jackson with a whopping 95.3 percent of the vote.

As if we needed any more validation that you can’t believe everything on the Internet, nor trust a poll conducted strictly online…thanks Texas A&M fans, and bots, for that.

Clearly, the poll was not taken seriously, or someone took it way too seriously and decided to stuff the ballot box once or twice or a few thousand times over.

But seriously, Manziel over any of the guys he beat after the first round? You can’t be serious bro.