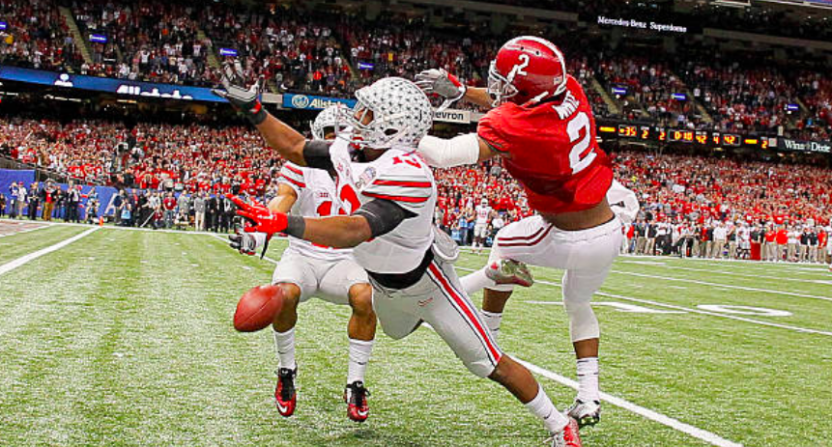 Update (12:55 Eastern): The Selection Committee selected Alabama in the College Football Playoff, so ignore the “bonus bowl projections” at the bottom.

The college football regular season is over, with the bowls and the College Football Playoff remaining. We’ll find out the full bowl lineup at some point Sunday (or a day or two later in extreme circumstances), but for now we have to do the best we can to predict where your favorite teams will end up.

Bowl projections in the College Football Playoff era have become more of an art than a science. There is no more selection order or priority for the top bowls. Instead, the committee tries to select the best matchups for fans and viewers of the New Year’s Six bowls.

As we get to the lower bowls, most conferences no longer have bowls select teams. Instead, the conferences pool groups of bowls together and select which teams go to those bowls. These teams can be chosen for any reason — the conference can decide based on geography, local fan interest, expected TV viewership, or even the likelihood of its team winning the game. Predicting who goes where in the bowl pool era is near-impossible. We keep an ear to the ground for all rumors as to how to make these selections.

Clemson will be the top seed. Oklahoma and Georgia will face off in the Rose Bowl. That much is guaranteed. Whether the final Playoff spot goes to Alabama or Ohio State is anyone’s guess. I’ll present the resumes, and feel free to pick who goes to the Playoff.

Some of those numbers should be slightly different (like the yards per play metric) due to this week’s games, but here it is. Ohio State has a better resume. Is that enough to overcome how ugly the Buckeyes looked in a 31-point loss to Iowa? I honestly have no idea. I’m leaning towards Alabama, though this really is a 50/50 call, as my rapid Twitter poll shows.

Here’s the real problem. Whoever ends up as the No. 4 seed in the Playoff creates huge ripple effects in all of the bowl games. So, assuming Alabama is in the Playoff, the committee has lots of options.

I think the committee will go for the compelling game and traditional Big Ten vs Pac 12 bowl matchup, and put the champions of those two conferences in the Cotton Bowl.

Miami is locked into the Orange Bowl as Clemson’s replacement, and will face the highest non-champion of the Big Ten or SEC, which will be Wisconsin.

That leaves two games: Washington vs UCF and Penn State vs Auburn. Either game can be in either remaining bowl, and prevailing wisdom is that UCF will be in the Peach Bowl. However, I think the committee will move that game to the Fiesta Bowl for ease of travel for Washington fans.

There are 81 bowl-eligible teams, which means that three will be staying home. They will all likely come from Conference USA and the MAC, and right now I have Buffalo (MAC), Middle Tennessee (Conference USA), and Louisiana Tech (Conference USA) stuck sitting at home this bowl season.

Because the goal here is to give the most possible information about where your team will end up, I will provide a second set of projections. These are the bowl projections based on if Ohio State is selected as the No. 4 team. As mentioned above, it’s really a 50/50 call. I’m leaning Alabama, but either one could easily happen. The ripple effects will change a lot of bowl games, so the second projections are here.

As the highest-ranked SEC or Big Ten team, Alabama now has to play in the Orange Bowl.

One final thing could muddy some projections. Some are assuming that TCU may remain ranked ahead of Washington. I don’t think this is likely, but if it happens then there will be further ripple effects throughout the bowls.