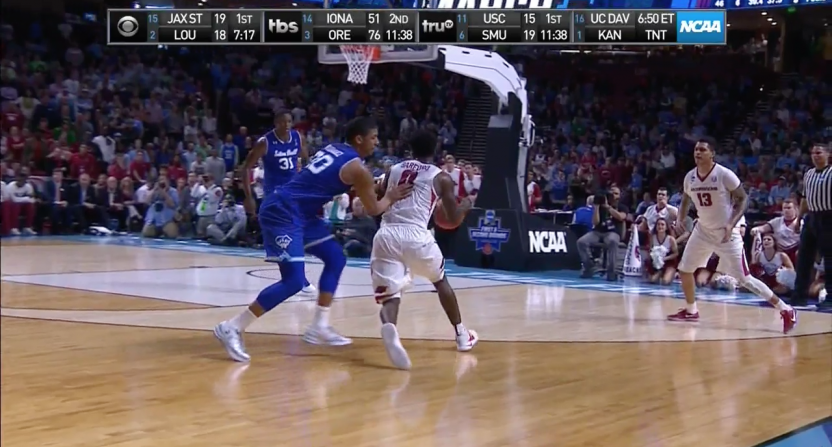 The Seton Hall-Arkansas game sure ended in controversy after a Seton Hall player was called for a flagrant foul that all but sealed the victory for eighth ranked Arkansas.

With just 18 seconds left, Desi Rodriguez pushed Jaylen Barford in an attempt to foul Barford and send him to the foul line. And then Seton Hall would hope to get a chance to either tie or win depending on the shots.

Instead, referees ruled a flagrant foul on Rodriguez and that resulted in two foul shots and possession for the Razorbacks. Arkansas ended up winning 77-71. You can see and determine for yourself if this was an intentional foul or not.

There is plenty to consider when determining if this is or isn’t a flagrant foul. It’s important to note that according to NCAA rules, a player must be making an attempt at going for the ball when fouling, or else it’s considered an intentional, flagrant foul. Many will not agree that it should have been a flagrant foul but after seeing the video, Rodriguez is nowhere near playing for the ball and according to the rules, refs made the correct call. Rodriguez didn’t do anything necessarily bad. He merely put his hands on Barford and gave a slight push to get the foul. Rodriguez didn’t go all “Kevin McHale on Kurt Rambis” or anything but that’s not really what the rule looks at.

You could argue that teams intentionally foul all the time and that the rule is flawed, and you would be correct. You could argue that Barford fell easily and embellished in order to get the flagrant call, and you would be correct (even though that’s technically irrelevant in this situation). But as much as you or I hate the rule, the referees on the floor enforced the rule correctly and made the right call. Hopefully, the NCAA looks back and considers making some changes to this rule but it’s a bit too late to do something about it for Seton Hall. Arkansas moves on to the second round and will either face North Carolina or Texas Southern.