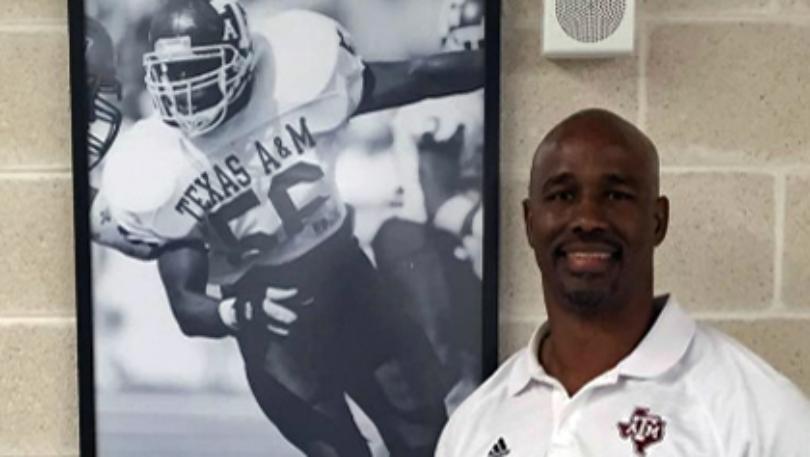 The 16-year-old son of former NFL linebacker Antonio Armstrong was charged with killing both his father and his mother Dawn Armstrong early Friday morning in their Houston residence. Armstrong was pronounced dead at Memorial Hermann Hospital as a result of a gunshot wound to the head, while his wife Dawn was believed to have died at the scene of the shooting.

Reports tonight that Antonio Armstrong has died after being shot by teen son. Wife Dawn died earlier at their home. pic.twitter.com/RE7nSHQeGU

Because Armstrong’s son is being charged and questioned as a juvenile, the police did not publicly reveal the teen’s name. According to reports, the Armstrong couple’s two other children were in the house at the time of the shooting, which occurred around 2 a.m. on Friday. Police stated that neither of the children were hurt at the scene. The community is shocked and saddened by the sudden deaths of Armstrong and his wife.

“This was an outstanding family,” Houston police homicide investigator Jimmy Dodson told KPRC. “He was an associate pastor in the area church. He’s a great guy. The mother was apparently a great mother, according to family members.”

Armstrong was well known during his college career at Texas A&M, where he was a centerpiece for the vaunted Aggies’ “Wreaking Crew” defense.

He also earned AP All-America honors his senior season en route to being drafted in the sixth round by the San Francisco 49ers. An ankle injury resulted in his being released by the team and being picked up by the Miami Dolphins, where he became a part of the active roster, appearing in four games and registering four tackles during the 1995 season. He signed with the St. Louis Rams during the next offseason but failed to make the roster after training camp, and spent several seasons in the Candian Football  League before injuries cut his career short.

The Dolphins also sent their thoughts and condolences upon hearing of the couple’s unfortunate deaths.

“Our thoughts and prayers go out to his family and friends during this difficult time,” the team said.