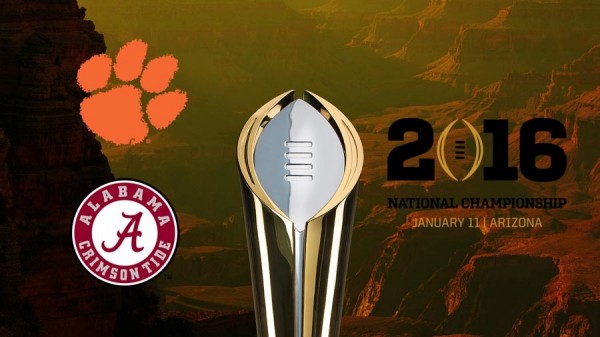 When the Alabama Crimson Tide and the Clemson Tigers duel in the desert on Monday night, it will be as though the Bowl Championship Series never left. The alpha and the omega of the 16-season BCS era will be recalled by the Tide and Tigers in Glendale, Arizona.

The Bowl Championship Series was founded by a Southerner. Former SEC Commissioner Roy Kramer — born in Maryville, Tennessee — created the BCS in 1998. The first BCS national championship game was the 1999 Fiesta Bowl, played in the suburbs of Phoenix. The matchup in the BCS’s maiden voyage? An ACC team versus an SEC team. More precisely, the clash featured Florida State — Clemson’s chief ACC rival — and Tennessee, one of Alabama’s ancient rivals in the Deep South.

That’s how the BCS began in the Desert Southwest, 17 years ago. 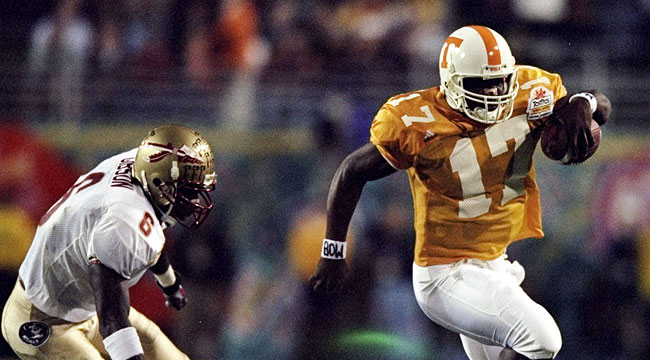 When the BCS staged its last national championship game two years ago, it all felt very familiar: The ACC-SEC pairing remained intact. Florida State once again made its way to college football’s biggest stage. Alabama’s other great rival — greater than Tennessee — opposed the Seminoles: Auburn used the Miracle on the Plains and the Kick-Six to win the SEC championship and earn the No. 2 slot in that season’s final BCS standings. 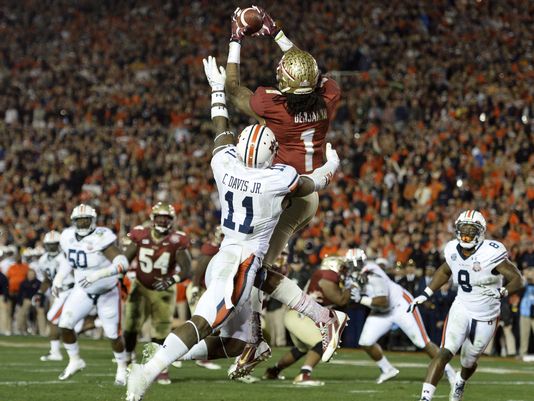 If you sift through college football history before the advent of the College Football Playoff, you’ll find that with very few exceptions, a Southern team or a team from the state of Florida (sometimes not associated with the culture of the South) has played in an Arizona-based national championship game.

The 1987 Fiesta Bowl — one of the more significant bowl games ever played in terms of ushering college football into a more modernized television-friendly world — pitted the Miami Hurricanes against the Penn State Nittany Lions in a 1-versus-2 showdown for all the Sunkist oranges. Early in the BCS era — 16 years later — “Miami versus the Midwest” returned to the Fiesta. The Canes were opposed by Ohio State for all the Tostitos. 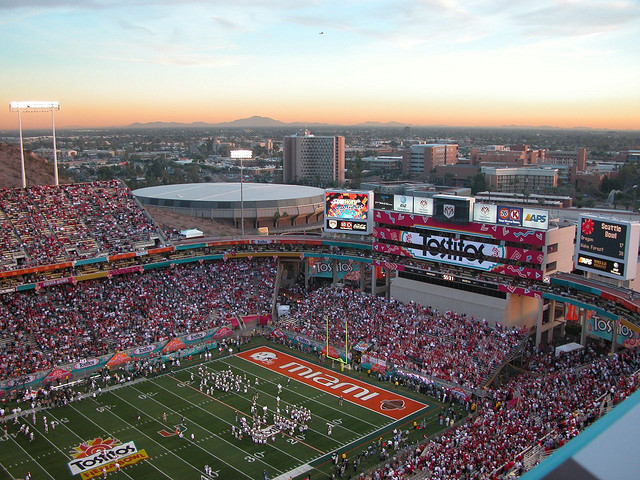 When the Bowl Alliance system briefly greeted college football from 1995 through 1997, the Fiesta Bowl’s championship-game turn (in 1996) elevated Florida to the big stage against Nebraska. That trip didn’t turn out very well for the Gators, but 11 years later — under the BCS umbrella and brand name — Florida defeated Ohio State for Urban Meyer’s first national title.

In the 2011 BCS National Championship Game, Auburn defeated Oregon, a particularly sweet triumph for the Tigers over the Pac-12 in light of the fact that the 2004 Auburn team never got to play USC in a winner-take-all battle for undisputed national supremacy.

Arizona-based national championship games have reliably contained a Southern or Floridian flavor, the exception being the 1989 Fiesta Bowl, when Notre Dame handled West Virginia to win it all.

Now, as Alabama and Clemson prepare for Monday night, the staying power of Southern football is very much in evidence, reminding us that it takes more than a single season to mark a fundamental shift in national and regional hegemony. 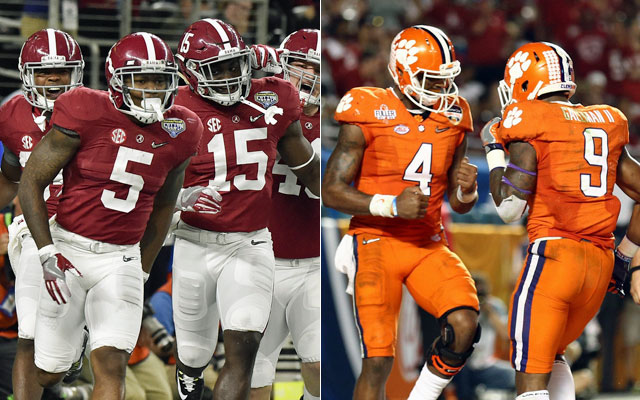 The fundamental importance of the 2016 College Football Playoff National Championship Game — when viewed through a geographical lens — is that by sustaining the “South by Southwest” pattern for Arizona-based national title fights, Alabama and Clemson have brought back the BCS. The Tide and Tigers haven’t merely resurrected the ACC-SEC combination seen at the bookends of the BCS era; they represent the products of the BCS system.

The big talking point at the end of last season was that the College Football Playoff had smashed the BCS model. If the 2014 season had been governed by BCS rules and rankings, Florida State and Alabama (ACC and SEC) would have played for the whole ball of wax, one year after the FSU-Auburn BCS finale in Pasadena. The playoff format gave Oregon and Ohio State a say in the matter, and when the Ducks and Bucks soared in the first-ever national semifinals, the new framework had opened up new possibilities for the sport.

In this 2015 season and its playoff semifinals, the BCS has been evoked. 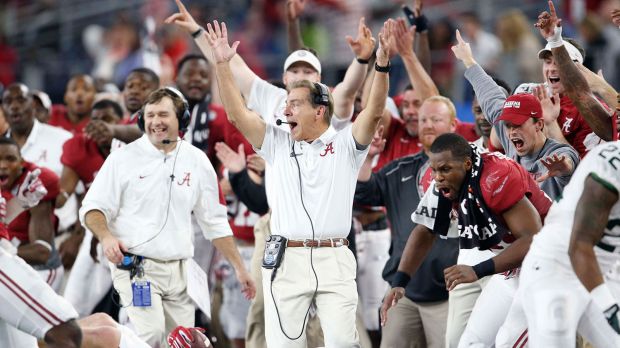 No, it’s not (just) that Nick Saban could add a College Football Playoff championship to his four BCS trophies — that’s not the central way in which Alabama-Clemson recalls the BCS. The key point here is that Clemson (1) and Alabama (2) would have been the top two teams under the BCS structure. This season, the other two playoff teams (Oklahoma and Michigan State) did not override the BCS’s established order in the semifinals.

Last season’s departure from both the BCS and a South-centric title game (the first without an SEC- or Florida-based team since the 2006 Rose Bowl between Texas and USC) represented, for many, a major turning point in the evolution of college football. This season’s reversal — a reversion to the 2013 season and most of the BCS era — has re-established the South while also validating the beliefs of those who think that an eight-team playoff is entirely unnecessary for the sport.

You might like eight (side note: I very much favor an eight-team playoff myself), but no one should ignore the following reality: Certain results validate certain beliefs. This season, the results of the bowl games — especially the playoff semifinals — have validated the views of those who favor a more limited playoff structure. Had North Carolina or Oklahoma defeated Clemson, it would have been a different story, but the Tigers proved worthy of every challenge to this point in time.

South by Southwest — just when you thought the Ohio State-Oregon national title game one year ago heralded a fundamental change in college football, the sport has boomeranged back to the BCS on many levels as it returns to Arizona for another championship contest.