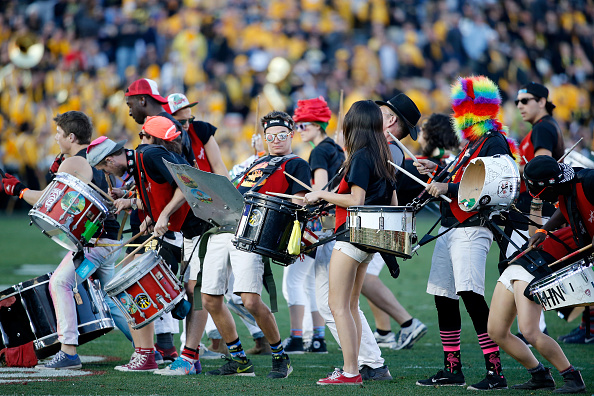 The Stanford marching band is walking on some thin ice with the Rose Bowl. After performing a farm-themed show during halftime of the Rose Bowl, continuing a trend of poking fun at Stanford’s opponent in an acquired-taste style, the Rose Bowl higher-ups say the game will review policies regarding halftime performances in the future.

“Given the fine reputations of the schools in these conferences, we have not felt the need to review in any significant detail the planned performances of their representatives.”

“The halftime performance was not in line with the values of the Rose Bowl Game and we will be reviewing our policies and procedures with regard to future band performances.”

Stanford’s halftime performance at the Rose Bowl, this time targeting Iowa’s fans and the farming pride within the state of Iowa, is just the latest in a long line of controversial performances put on by the Stanford band. It is also fair to suggest Stanford’s band has become an embarrassment to the school, because they always seem to make headlines for all fo the wrong reasons.

Each marching band, like a football team, has its own core values and own guidelines and thus, their own identity. Stanford’s band has chosen to make an identity out of being a mockery to their otherwise outstanding academic institution. The marching band at any college is easily a symbol of school spirit and pride, but Stanford’s band is merely a distraction and a nuisance. The band was even at one point being drowned out by Iowa fans booing or chanting “Let’s Go Hawks” as their displeasure for the halftime show grew.

It is one thing to have a little fun with your rivals during a halftime performance, but far too often Stanford’s band has crossed a line that any number of colleges and universities would have put a foot down in response to the even slightly controversial performance. Heck, I know one school that prevented one marching band from singing the words “In Heaven There Is No Beer” at football games. Yet Stanford continues to allow the band to play on and do what they do.

I could pick apart any number of reasons to rip the Stanford band, and there are many, but it is also clear to me the members of the Stanford band are having fun doing what they do and there is something to be commended for that. Stanford’s band is clearly an acquired taste, but the next time Stanford makes the Rose Bowl, they may have to clean a few things up.