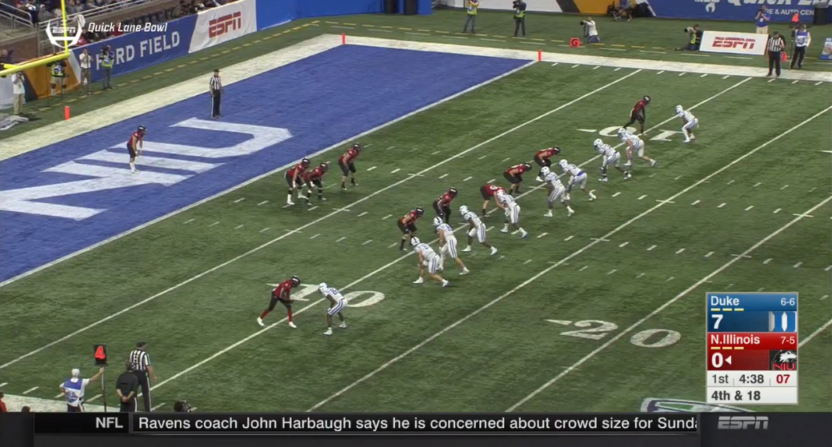 Punts are very lame, but this decision would even be a bit much in ‘Madden’

From their own 10-yard line.

It did not work.

As you can likely assume after seeing that video, Northern Illinois lost the game (36-14)

Wofford pulled off their first-ever victory vs a top-25 team, and it came against the defending champion North Carolina Tar Heels in Chapel Hill. UNC was favored by 25 points.

Trae Young is too good for college basketball

As The Comeback’s Jesse Kramer recently detailed, Trae Young is absurd. The Oklahoma Sooners’ point guard leads the country in scoring (28.7 points per game) AND assists (10.4 assists per game).

In his last game, he scored 28 points and had 12 assists against Northwestern (that’s after 26 points and 22 assists in his previous game). Here was one of his eight three-pointers made, and you can see why he gets the Steph Curry comparisons:

That’s an unfortunate way to lose