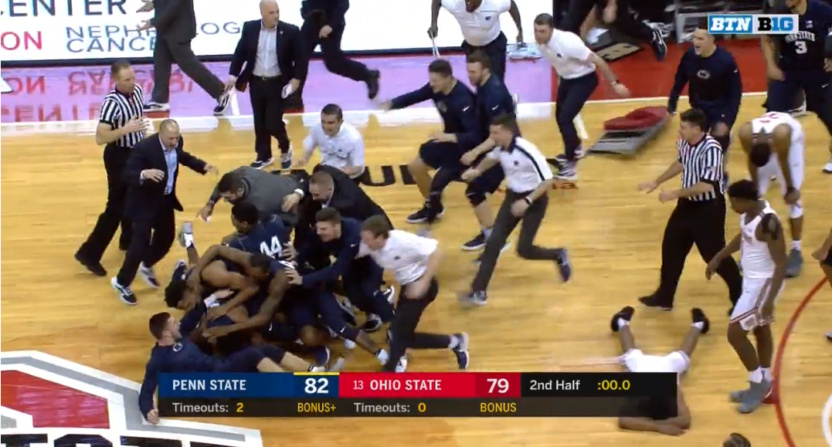 The finish to Thursday night’s Penn State-Ohio State game was incredible, with the Nittany Lions matching a crazy Ohio State three to win at the buzzer.

Caroline Wozniacki won the Australian Open title for her first major victory, and absolutely earned it with incredible points to finish the match

Caroline Wozniacki finally got her first Grand Slam title in an amazing match against Simona Halep, and the final set included the point of the tournament:

That was followed by the title-winning point:

Roger Federer also had an incredible point, which is certainly something you’ve heard a lot of over the years

The Australian Open has been a breeze so far for Roger Federer, with Federer going for Grand Slam title No. 20 tonight/early morning against Maran Cilic. Hopefully Cilic is able to put away the opportunities like this against Federer, or else it’s going to be quite difficult to take down the GOAT:

This backheel goal from Leverkusen’s Leon Bailey was insane

And here’s an unfortunate own goal