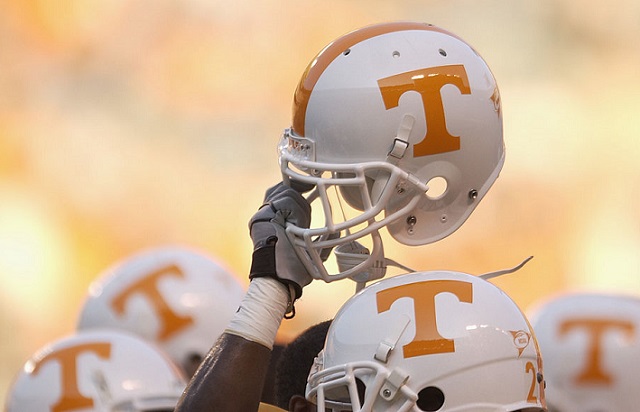 Veteran Tennessee reporter Jimmy Hyams of WNML broke the news out of Knoxville via Twitter, as the first woman to serve as a chancellor at the University of Tennessee was fired.

BREAKING NEWS: Sources: UT chancellor Beverly Davenport has been fired by Dr. Joe DiPietro. She was hired Dec. 15, effective Feb. 15. She made the controversial hire of John Currie as athletic director, then fired him Dec. 1 and hired Phillip
Fulmer as AD.

Davenport, 63, was the first woman to lead UT Knoxville. She was hired at DiPietro’s recommendation. She served as interim president at the University of Cincinnati before being hired by UT. Her base pay: $595,000 with additional compensation.

Among the key hires Davenport made during her run as chancellor was that of athletics director John Currie, who came to Tennesee after filling the same role at Kansas State. But just eight months after Currie was hired for the job, he was at the head of an embarrassing coaching search for the Vols football program. After firing Butch Jones, Currie was set to hire Ohio State defensive coordinator and former Rutgers and Tampa Bay Buccaneers head coach Greg Schiano. This was not news that was received well by Tennessee fans and a spur-of-the-moment revolt against the program by fans quickly sent Tennessee back to the drawing board to find a new head coach after succumbing to the pressure. This ultimately ended up costing Currie his job and sending former Vols head coach Phillip Fulmer into the role of AD to please fans, and Tennessee later hired Alabama defensive coordinator Jeremy Pruitt to be the new head coach.

That may be the lowlight of the first-year performance by Davenport that yielded some mixed reviews from within the Tennessee community. But what may have been the curtain call for Davenport was a recent meeting of the UT Board of Trustees, at which the job performance of Davenport was to be discussed. With pressure rising to create a board that is established and has a better understanding of the political landscape that comes with the job, Davenport may have come up short of convincing the board members and the president she was qualified for the job.

Keep in mind that DiPietro actually recommended Davenport for the job, so it may be fair to question his decision-making to a degree as well, if it has not been questioned already.

If Tennessee is looking to find stability as a university and athletics program, it is not doing well in that department right now. Where will Tennessee turn now? Well, here’s an idea…

With Kane set to become the new mayor of Knoxville, does that mean The Undertaker will now replace Beverly Davenport?

I hope the firing of Tennessee Chancellor Beverly Davenport isn't a power move by the Haslam's to regain control and ultimately remove Phillip Fulmer and so on.

Let’s just cut right to the chase and start up the campaign to send Peyton Manning back to Tennessee to straighten things out in Knoxville.