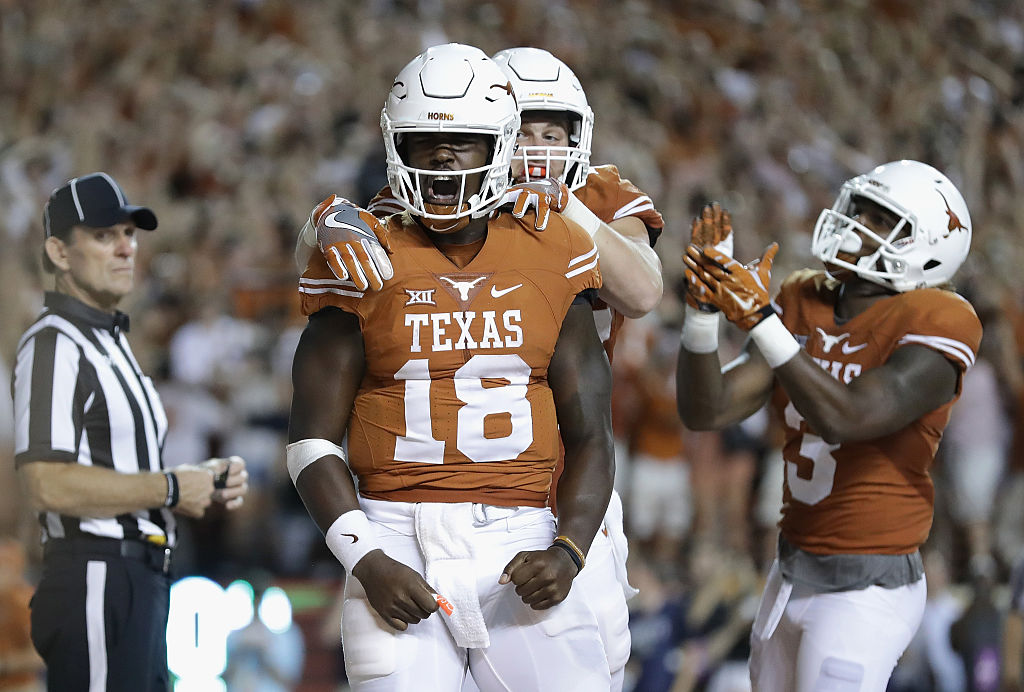 After the most eventful opening college football weekend in a long time — a weekend that featured two top-five teams falling in spectacular fashion, and many other close calls for top-ranked teams — two games stick out in my mind.

The first is the one that everyone will remember from this weekend. Texas, and its new hurry-up offense put up 50 points on Notre Dame in a double-overtime win. That game featured everything: four quarterbacks, a blocked PAT returned for two points, a five-touchdown performance from the losing quarterback and 102,000 people excited to watch a Texas Longhorns football team.

The other is a game you’ve surely forgotten by now, if you were even aware of it in the first place. Colorado, after years of futility, routed in-state rival Colorado State, 44-7. This was mesmerizing, because I legitimately can’t remember the last time Colorado did something well. I was in middle school the last time the Buffaloes finished the season above .500. I am 23 years old and too young to remember the last time Colorado was good enough for a kid from the Midwest to hear anything about it.

Colorado State is not very good, but still, that was a rout. Colorado beat the Rams more thoroughly than many top 10 teams would have beaten them that day. And in the process of watching that beatdown, I briefly talked myself into the Buffaloes competing in the Pac-12 South. That’s probably not going to happen, because 4-9 teams don’t usually become 10-2 teams overnight.

But the weird, unshakeable feeling of a good Colorado football team did lead me to a much more rational prediction: 2016 is going to be weird. It’s going to be so weird, that we’re going to be able to mention it in the same sentence of 2007. If that prediction is even remotely correct, we’re in for an awesomely weird season.

No season will ever be stranger than what we saw in 2007. Here’s what happened that year:

Unless Colorado follows the path that crazy, college football-deprived Kevin briefly thought possible, 2016 won’t live up to the craziness of 2007. But it’s fair to wonder if this can be the weirdest season since then. After all, it has all the ingredients.

In order for there to be another 2007, there can’t be many truly dominant teams. Even the champion that year, LSU, had two losses.

This year has a clear dominant team — Alabama — but other than that, the top-ranked teams look surprisingly beatable. No. 3 Oklahoma, No. 5 LSU lost and No. 10 Notre Dame lost. No. 2 Clemson survived two Hail Mary attempts to beat Auburn. No. 4 Florida State needed a massive comeback to beat Ole Miss. No. 6 Ohio State is still very young, and No. 7 Michigan is unproven at quarterback. Plus, both have tough schedules. No. 8 Stanford looked lifeless on offense against Kansas State. No. 9 Tennessee needed double-overtime to beat Appalachian State.

All of those teams, except Alabama, are beatable by mediocre teams that have good games. And they’re vulnerable enough to allow a team to come out of nowhere and win a conference.

It’s unlikely that any non-Alabama team is going to be consistent enough to run through a full slate undefeated, but just this week, we’ve seen encouraging signs from a number of powers that show their potential to beat anyone.

Texas and Florida State both beat top-15 teams with explosive, young quarterbacks. Texas A&M showed signs of life behind a very talented defense and new quarterback Trevor Knight. Ohio State and Michigan — while unproven in some areas — have amazing talent on offense and defense, respectively. We saw what Clemson could do with Deshaun Watson at quarterback in last year’s National Championship. All of those teams could give Alabama, and each other, a run for their money.

Inconsistently good teams have a tendency to beat each other up, and that means lots of chaos.

Texas isn’t exactly the feel-good story that Kansas was in 2007, but it’s still weird, after the past half-decade, to see the Longhorns emerge as legitimate contenders. And while the offense will need to be great for more than a week in order for people to buy in, it’s clear that Texas has the pieces to make a run.

This could also be the first year with a College Football Playoff participant from outside the major conferences. Houston, after pummeling Oklahoma, looks the part of Playoff contender and will shoot up the rankings this week. Washington could be the favorite in the Pac-12 North, and there are enough divisions that are totally up for grabs that we could have some surprise teams.

Week one is always tough to take too much from, but the best evidence from the week doesn’t point to wild success or failure for any individual team. Rather, it points to a case for chaos. After two straight years without much Playoff controversy, we deserve a 2007-lite, and all the ingredients are there for us to get it.