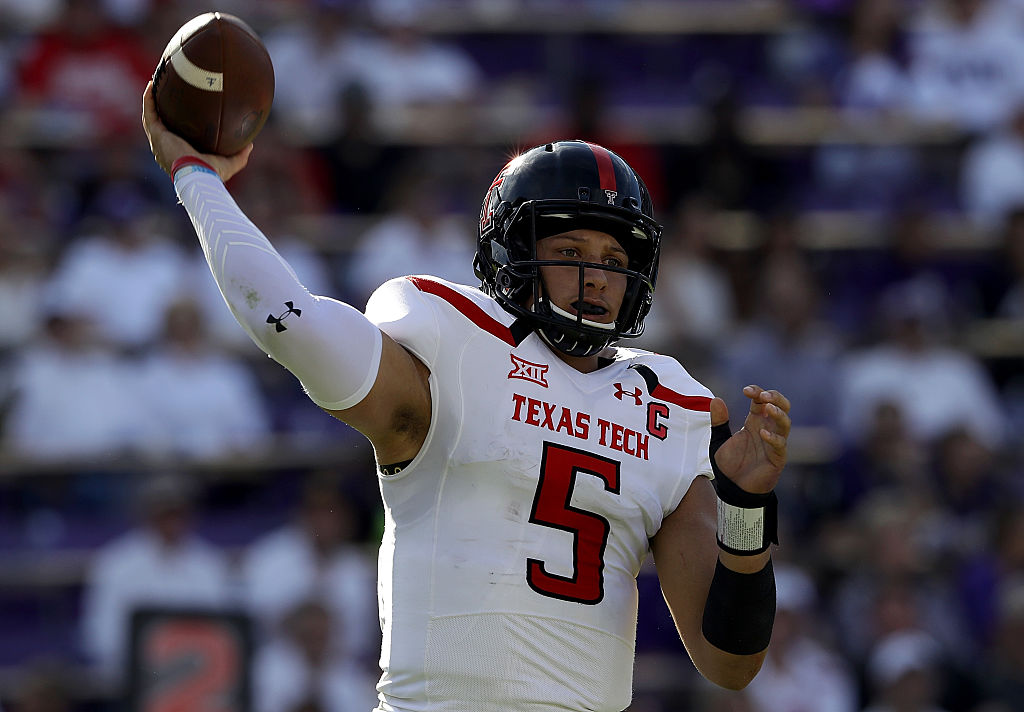 Who knew Texas-Texas Tech was this heated of a rivalry? Apparently the 4-4 Longhorns have a major bone to pick with the Red Raiders and, in particular, quarterback Patrick Mahomes

It shouldn’t be surprising, as the Longhorns and Mahomes have a long history. That history includes a bad hit by Texas defensive back Quandre Diggs back in 2014, which was followed up by Diggs calling Mahomes a chump via Twitter for flexing after a touchdown.

Mahomes got a big measure of revenge last year, winning 48-45, and then tweeting some fire of his own.

This same chump just got that win tonight! #WreckedUT #happythanksgiving

But things are already out of hand ahead of this year’s matchup.

Texas defensive end Breckyn Hager decided to go all nuclear in an interview ahead of this weeks matchup, saying the intent of his teammates and him would be to injure Mahomes, per ESPN.com.

“I say injure that quarterback,” Hager said. “That’s the mentality right now. We’ve got to take him out. We know he’s banged up and we’ve just got to get after him.”

In case you were wondering if that was just taken out of context, it wasn’t – he said it multiple times throughout the interview.

Of course, it may be easy to accomplish this goal if Mahomes even makes it to Saturday. He’s been dealing with a shoulder injury for the better part of a month and appeared to re-injure it in the win over TCU this past weekend.

However, this story has gotten legs of its own already, with Mahomes’ dad, Pat, responding via Twitter to Hager’s comments:

Are you kidding meRT @RickyDoyle: Hager on the Texas D's mission this week: "Injure that quarterback."

“Are you kidding me” is right. Advocating for actually injuring someone is just wrong. It’s not as if people needed more reasons to root against Texas, but Hager did just that on Monday.