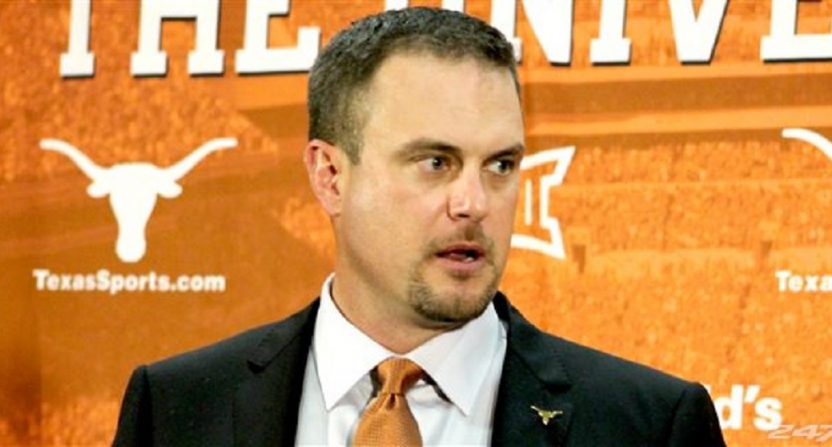 With the first full weekend of college football rapidly approaching, there’s definitely a lot to talk about. Is Texas a Top 25 team right now? NC State in the College Football Playoff? And what is going on with Florida’s quarterback situation?

Here are a few thoughts heading into the first full weekend of the 2017-18 campaign.

Really, how good is Texas?

If you’re not sure whether Texas is a top 25 team right now, join the club. Judging by his comments to the media, it seems that even head coach Tom Herman isn’t exactly sure about whether or not the Longhorns belong in the rankings.

In his weekly press conference, Herman praised his squad as a top 25 team saying, “I think our starting 22 could play with anybody in the country.”

However, at the Big 12 teleconference, he seemed to reverse himself stating, “I don’t know why we’re ranked in the Top 25. I hope it’s not because of me… But we are a 5-7 team. We’re a 16-21 program in the last three years. That won’t change until we step on the field and do something about it.”

So which is it?

In all honesty, UT is probably closer to the former than the latter. While everything that Herman said at the Big 12 audio conference is true, these comments were probably intended to fire up an already-motivated Longhorn squad for the upcoming season.

One of the most talked about topics over the weekend was SEC Network analyst Cole Cubelic and his picks for the College Football Playoff.

To put it mildly, many people didn’t like his inclusion of North Carolina State in the field. As our friends over at Awful Announcing pointed out, one radio talk show host went so far as to say that he’d eat a live animal if the Wolfpack made the College Football Playoff.

Quite frankly, I don’t understand why many so-called experts are so upset about this selection. Sure, I don’t have NC State in my top four (which I will unveil in my podcast on Thursday), but I don’t think picking the Wolfpack is “click bait” like many people say it is. Remember, Dave Doeren’s squad welcomes back 17 starters from last year’s team, which nearly beat both Clemson and Florida State. That total includes most of the front seven on defense, which ranked 10th nationally against the run in 2016. Considering that defense wins championships, it’s certainly possible that NC State could win the ACC this year.

That hardly sounds like click bait to me. Kudos to Cubelic for thinking outside the box and giving college football fans another plausible scenario to think about.

There’s not a problem at quarterback for Florida 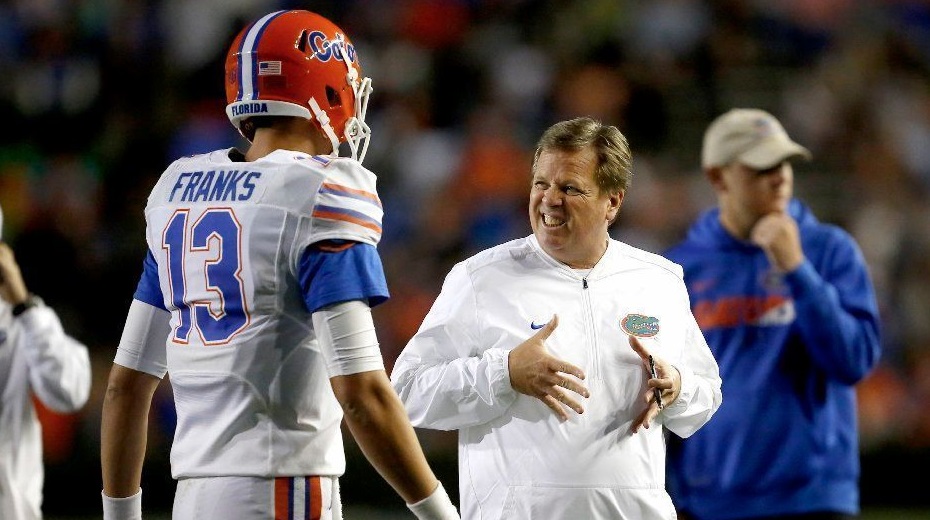 Although conventional wisdom holds that “if you have two quarterbacks, you have none,” I’ll go on record as saying that the Gators will be just fine at quarterback this season.

Make no mistake about it: no one except for Jim McElwain knows who will play quarterback for Florida on Saturday against Michigan. All that we really know is that he has a plan in place.

It’s a win-win situation regardless of how things ultimately unfold. If one player clearly separates himself from the other two, the Gators will put an end to any questions about a lingering quarterback controversy. On the other hand, if all of the signal callers are even, Florida can tailor its game plan to use each player’s strengths to keep opposing defenses off-balance. That will force its adversaries to prepare for a number of different looks each week.

A lot of teams across the country would love to have a “problem” like that.