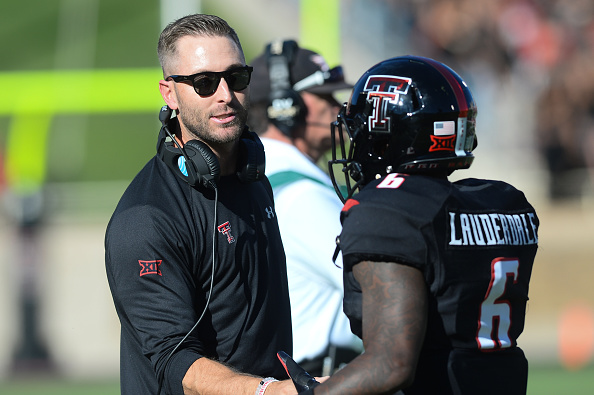 Kingsbury said that the players’ social media actions are “heavily monitored for sure”, and that staffers “have fake accounts with cute girls” so that they can get an idea of “who is tweeting what”:

“We have fake accounts with cute girls that they add right now, so we can kind of see who is tweeting what. Those are heavily monitored, for sure. [The staffers are] posing as cute co-eds. I think [players know], but they can’t resist that. A friend request from a cute girl is an automatic follow.”

Here’s more of the Hawk-Kingsbury interaction, as transcribed by Mediaite:

Hawk: So you’ve got, like, undercover cops posing as girls.

Hawk: The players know this, don’t they?

Kingsbury: I think they do. But, you know, they can’t resist that.

Hawk: Of course they can’t. They’ve got five million 18, 19-year-old girls reaching out to them.

Kingsbury: That friend request from a cute girl is an automatic follow.

Hawk: Do you guys ever, like, troll them with those fake accounts and ask them to send pics and see what their judgment’s like?

Kingsbury: We probably could get there. Catfish them, all that deal. But no.

Well that’s, uh, interesting. It’s a bit disturbing that it needs to be taken to that level to monitor social media behavior, but these are college males we’re talking about, and the method is probably pretty effective for Texas Tech.