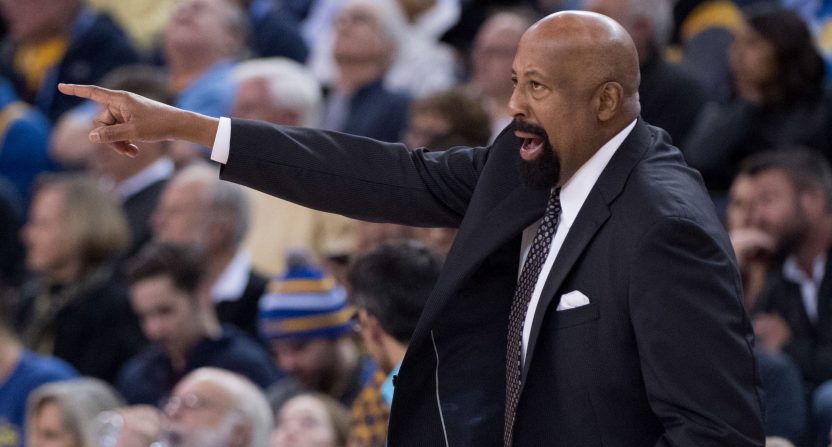 It’s been a wild offseason with some of the biggest schools in college basketball hiring new coaches. Figuring out which programs have done the best can be hard to predict (no one saw Mick Cronin leading UCLA to the Final Four by his second season). Instead, let’s focus on the most intriguing hires.

It’s hard to keep secrets in college sports, but this was certainly a surprise. Marquette got a marquee name. Shaka Smart got a fresh start. The Golden Eagles are one of those programs whose glory days came when college basketball was a much different world, winning the 1977 national champion. The landscape is quite different now.

Buzz Williams created some excitement by reaching the 2013 Elite Eight, but left for Virginia Tech. Williams’ successor Steve Wojciechowski lasted seven seasons, but only went to the NCAA Tournament twice. Smart brings a lot of personality and energy, but after not winning a NCAA Tournament game for Texas, is this an upgrade? Smart recruited well with the Longhorns and Wisconsin is his home state. Marquette was patient with Wojciechowski. If they do the same for Smart, this could work. Expectations should be reasonable, and Smart has been to eight of the past 10 NCAA Tournaments.

A classic hire-the-guy-standing-next-to-THE-guy move. No school has been able to lure Mark Few away from Gonzaga. So, Arizona did the next best thing by getting his longtime assistant. Tommy Lloyd contributed substantially to Gonzaga’s rise from a mid-major darling into a national power. Arizona is hoping that Lloyd can take some of the Few’s secrets and bring new energy to the program. Sean Miller had the Wildcats in the national title hunt during his 12 seasons, reaching the Elite Eight three times and as recently as 2015. But the shoe scandal plus diminishing results sealed his fate.

Lloyd helped make Gonzaga a consistent winner with talent evaluation and development. He also mined his international connections for players like Rui Hachimura, Domantas Sabonis, Kevin Pangos, Kelly Olynyk, and Ronny Turiaf. Creative recruiting is one way the Wildcats can return to power in the Pac-12.

Oklahoma replaced an excellent coach in the retired Lon Kruger with a rising star. Porter Moser built Loyola Chicago from ground zero (7-23 in his first season), reaching the 2018 Final Four and 2021 Sweet 16. Last season, Loyola of Chicago was the second-best defensive team in the nation, according to KenPom.com. The Ramblers completely dismantled Illinois in this year’s second round of the NCAA Tournament for one of the biggest victories in school history. It’s interesting that Moser chose Oklahoma out of all his possible options (he turned down St. John’s last year).

His style of play was effective but slow. Loyola Chicago ranked 342nd out of 357 teams in tempo per KenPom. Moser will have a challenging first season with a revamped roster (only five returning scholarship players). He’s adding transfers, including Eastern Washington forwards Tanner Groves and Jacob Groves, and Duke guard Jordan Goldwire.

Texas alum Chris Beard looks like the perfect fit to finally unlock the Longhorns’ potential. Texas should perennially be a top-25 program. This school has one of the richest athletic departments in the nation. And while the state of Texas is known for its football recruits, it’s also fertile ground for basketball talent. Plus, Austin is a fabulous college town. Yet, the Longhorns routinely underachieve.

If Beard simply accomplishes what he did at Texas Tech with lesser resources, he’ll be hailed as a hero. It took him two seasons to get the Red Raiders to the Elite Eight and three to reach the National Championship Game. Beard is putting together one of the best staffs in the country, highlighted by assistants Rodney Terry and Jerrance Howard. The roster is unsettled, but the Longhorns have picked up key transfers like Vanderbilt forward Dylan Disu and Utah forward Timmy Allen. This should be a preseason top-25 team.

North Carolina might be the best college basketball job in the land. You have everything you need to win it all: a proven track record, famous alums, a large budget, national reach, and a passionate fan base. Of course, along with all that comes tremendous pressure. Expecting Davis to be Roy Williams (3 NCAA Tournament titles) or Dean Smith (2) is ridiculous and unfair. But he better be something close to that.

Davis, 50, spent a decade learning under 70-year-old Williams, and he was a star player for the Tar Heels. Still, we don’t know what changes are in store. Williams pushed the tempo. Davis, a rookie, has been vague when describing his preferred style of play. North Carolina should be a preseason top-25 team, but it still figures to be a transition year. The return of point guard Caleb Love for his sophomore season and the addition of Oklahoma transfer forward Brady Manek are huge.

This is the most interesting hire of them all. Indiana is simultaneously reaching back into the past while also trying to move its program forward. Mike Woodson, 63, was an All-American for Bob Knight, but he hasn’t been a part of college life since leaving Bloomington in 1980.

The game has changed so much, particularly recruiting. Woodson has been strictly an NBA guy as an assistant or head coach for almost three decades. Some have tried to equate this bold move to Michigan hiring Juwan Howard, who also had no previous college experience. Howard, 48, is much younger. Also, Michigan was in a lot better shape than Indiana is right now.