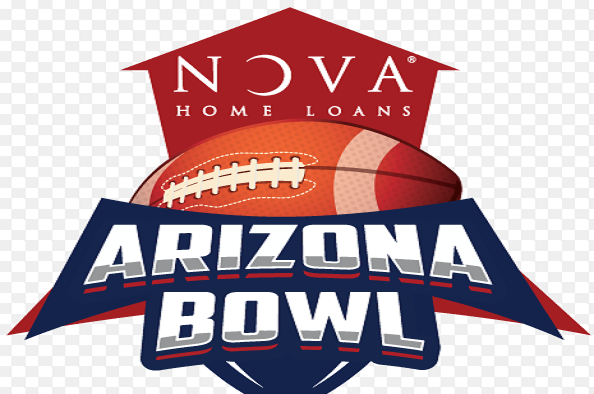 The 2015-2016 bowl schedule was released on Sunday, and while everyone is understandably talking about the College Football Playoff matchups or New Year’s Six bowls, one part of the schedule we need to address is the Arizona Bowl (December 29th) between the Colorado State Rams and Nevada Wolfpack.

You may be asking, “Why is this game of note?”

Colorado State (7-5) and Nevada (6-6) are both part of the Mountain West Conference. Bowl games aren’t supposed to feature intra-conference matchups, they’re supposed to be a chance for different conferences to match up against each other and for fans to be able to see a unique game featuring the school they root for against a school they, in many cases, barely know. Fans from Colorado and Nevada are far less likely to travel to Arizona to watch two teams they get to see play each other on a near annual basis.

You may then be asking, “Have teams from the same conference played each other in bowl games very much?”

No. In fact, it’s something that apparently hasn’t happened in non-playoff matchups since the 1979 Orange Bowl — in a very different college football universe — between Nebraska and Oklahoma:

Colorado State vs. Nevada in Arizona Bowl believed to be 1st non-playoff matchup of same leagues since 1979 Orange Bowl (OU-Nebraska)

And if you’re then asking, “How the hell does this happen?”, well, you’d have a great question without an acceptable answer. Mountain West Conference president Craig Thompson had this to say about the mess:

“It is a travesty the Mountain West has been forced into this situation,” Mountain West Commissioner Craig Thompson said Sunday. “Clearly, the system is broken. There is an excess of bowl games due in part to a disparate allocation of openings vs. conference bowl histories. The result is teams with sub-.500 records participating in bowl games. There is consensus change is needed and this year’s outcome must not be repeated.”

Thompson is spot-on here, and as he alluded to, we have 5-7 bowl teams (there are three) playing in bowl games now. That’s bad enough, but as Associated Press college football writer Ralph Russo tweeted, this Arizona Bowl situation is even more ridiculous:

Oh, and it gets worse. The Arizona Bowl will be “televised” on something called the “American Sports Network”. That also means the game will not be nationally televised, making it the first bowl game not shown nationally since 1994:

Nevada vs. Colorado State in the Arizona Bowl – Dec. 29 @ 4:30pm PT. Will air on American Sports Network and stream on Campus Insiders.

And it keeps getting more laughable. The American Sports Network is only shown on select regional networks, and ARIZONA doesn’t even have any of them, for example (unless you have all of the DirecTV regional sports networks or go to a sports bar that does):

This is true. Sinclair owns 154 TV stations, but zero in Arizona https://t.co/x56BHfHsTo

Everything about this situation is a bad look for the powers that be who control bowl bids, and really lame for these schools and their fans. The proper steps need to be taken to prevent the intra-conference matchups from happening again in the future. And if you’re going to slap Colorado State and Nevada in the face like this, at least put their game on a national network their fans can all watch.