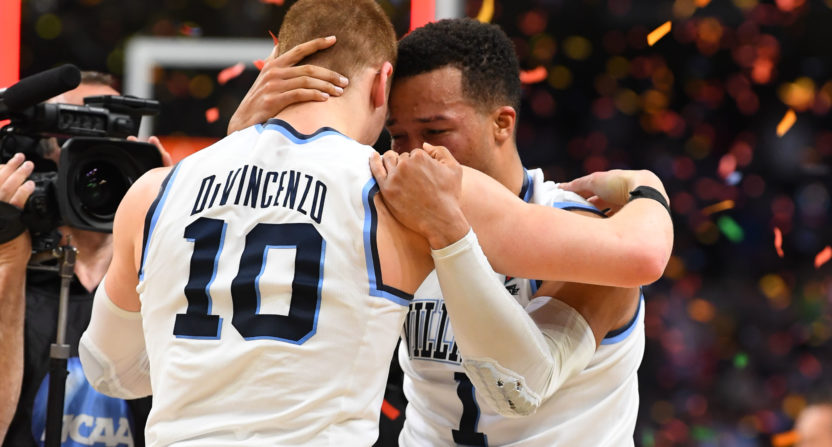 The NCAA Tournament is not designed to end with the best team on top. With its single-elimination format and tight schedule, March Madness is known for chaos, not justice.

And yet at the end of Villanova’s 79-62 victory over Michigan in Monday night’s national title game, it was clear that in 2018, the team hoisting the trophy was the premier squad in the country.

Villanova earned its second national championship in three years with one of the most dominant NCAA Tournament runs in modern hoops history. In routing Radford, Alabama, West Virginia, Texas Tech, Kansas and Michigan, Villanova became only the fourth team in tournament history to win all six of its games by double-digit margins. That impressive romp through March (and April) capped a 36-4 season that will go down as one of the best in modern college basketball history.

That’s not to say things were easy for the Wildcats during this season, this tournament or this title game. Just as in previous contests this month, Villanova looked vulnerable in the first half Monday night. With 11 minutes to play in the first half, the Wolverines led 21-14 as the Wildcats clanked jumpers they were used to drilling. Then Donte Divincenzo took over.

Divincenzo does not start for Villanova, but it’s no exaggeration to say he could start for any other college team in America. The junior averaged 13 points, 4.7 rebounds and 3.5 assists this season while showing off 3-point range, freakish athleticism and heady passing. Against Michigan, he flashed that entire skillset, accounting for 16 of his team’s first 30 points, then scoring 11 straight for the Wildcats during a remarkable second-half stretch.

Divincenzo, who finished with 31 points on 10-of-15 shooting, was the biggest reason Villanova outscored Michigan 65-41 over the game’s final 31 minutes, but he certainly wasn’t the only one. Mikal Bridges, who entered Monday averaging 17.6 points per game, started somewhat slow against Michigan but spent the second half drilling jumpers that stomped out any lingering chance of a Michigan comeback. He wound up with 19 points on 7-of-12 shooting.

And though he didn’t have his best game, we would be remiss to ignore Jalen Brunson, the national Player of the Year who led Villanova to this point with his shooting, his surprising post play, his sharp decision-making and his steady leadership. He joins a few Florida Gators and the only players in the past 25 years to start on multiple national championship teams.

We could go on and on, praising Omari Spellman and Eric Paschall and Phil Booth. We could praise the Wildcats’ historic 3-point shooting shooting, improved defense and brilliant coaching. But it suffices to say that this Villanova team is special. On Tuesday, talk-show hosts will debate where the Wildcats rank among the best teams of the 21st century. But for Monday night, we can simply appreciate them as the rare undisputed kings of college hoops in 2018.