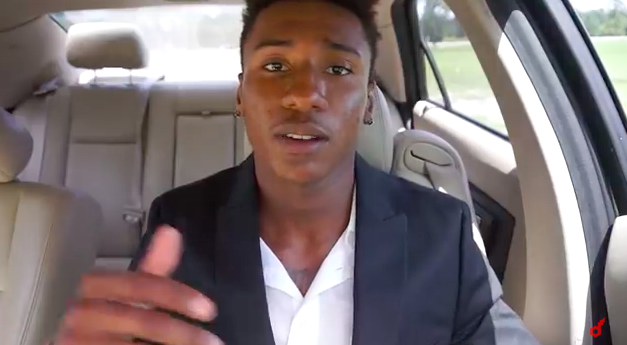 There are a lot of things you can point to about NCAA policies and amateurism that are archaic, out-of-date, micro-managed, and just plain nonsensical. The go-to example for the ridiculousness of the NCAA’s rules is, of course, that at one time cream cheese was banned from being put on bagels for student-athletes because it was a violation.

As if regulating cream cheese wasn’t enough, now the NCAA wants to regulate what its student-athletes can do on their social media pages in real life. More importantly, they want to make sure their student-athletes can’t make a dime because they play college athletics and the only ones who get to profit are, well, everybody else.

Their treatment of UCF kicker Donald De La Haye is one of the most egregious examples of the NCAA’s tyrannical anti-student policies that do way more harm than good.

De La Haye’s scholarship was taken away after the NCAA and UCF told the kicker that he had to choose between making YouTube videos and monetizing them or playing football on a scholarship. De La Haye has a wildly successful YouTube channel with 95,000 subscribers and his videos regularly reach six figures. The institutions gave him an unreasonable and unrealistic choice: continue making videos about his life as an NCAA kicker and demonetize them or give up his scholarship. De La Haye was told he could only make money off YouTube if it “did not reference his status as a student-athlete or depict his football skill or ability.”

What is he supposed to do? Wear a mask? Take on an assumed identity? It’s a complete non-starter! It’s like someone telling a singer they can make money off their YouTube channel, but only if they don’t sing or do anything relating to music. They can only paint instead.

It’s almost criminal what the NCAA and UCF have done to De La Haye. His most recent upload is entitled “I lost my full D1 scholarship because of my Youtube channel.” It starts with De La Haye saying, “Every time I step in that compliance building, I hear nothing but bad news.” And it has a link to his GoFundMe page to try to raise money to now pay for his college tuition because he no longer has an athletic scholarship.

“The NCAA has possibly ruined my future, all over a few bucks. They have ruled me ineligible because I monetized my youtube videos therefore my scholarship will no longer apply. Yes, I made a little bit of money from youtube, but nowhere near enough to pay for school. I want to continue pursuing my passion of creating videos, I also want to continue pursuing my marketing degree, but no longer have the funds necessary to achieve that. I dont like asking for stuff, but this is important… even $1 would help!”

This is the NCAA. They would rather take away a scholarship worth tens of thousands of dollars from a student-athlete than allow him to make a few bucks thanks to ads on YouTube.

This is the NCAA at its most hypocritical because their tagline is “go pro in something other than sports.” De La Haye may not have a future as an NFL kicker, but he may have a future in social media and marketing. For a kicker from UCF to build such a big audience is incredibly impressive. Now the NCAA and UCF are telling De La Haye, “Just kidding, you can’t do that either.”

This is why the Chris Spielman lawsuit against Ohio State is so important. Institutions can profit off a player’s name and likeness in perpetuity, but the student-athletes can’t make a dime off of that same likeness. THEIR OWN LIKENESS.

This isn’t even about paying players in the traditional sense. That has been talked about for years, but we’re still nowhere near any kind of system where athletes can receive their fair share from the schools and the NCAA and all the other people who make millions off of them.

But even if you’re staunchly on the side of amateurism and the value of a college scholarship and you don’t want to see college athletes getting paid hundreds of thousands of dollars, you still have to feel that what is happening to De La Haye is wrong. A college kicker’s YouTube channel is not going to cause the NCAA’s house of cards to come tumbling down. And the fact that he can’t make any money from his hard work and effort outside of the football field is an incredible shame. Furthermore, the fact that he now has to make a public plea for funds to continue his education (which the NCAA supposedly values) is absolutely astonishing.

The easiest thing for the NCAA to do is to allow De La Haye and other athletes to make money off their own likeness. Let them make videos. Let them sign autographs. Let them appear in commercials. Let them take ownership of their own identities, instead of signing it over to the NCAA for four years. It could be done tomorrow and it brings no harm to college athletics as we know it.

What has happened to Donald De La Haye and student-athletes like him is just plain wrong and it has to stop.