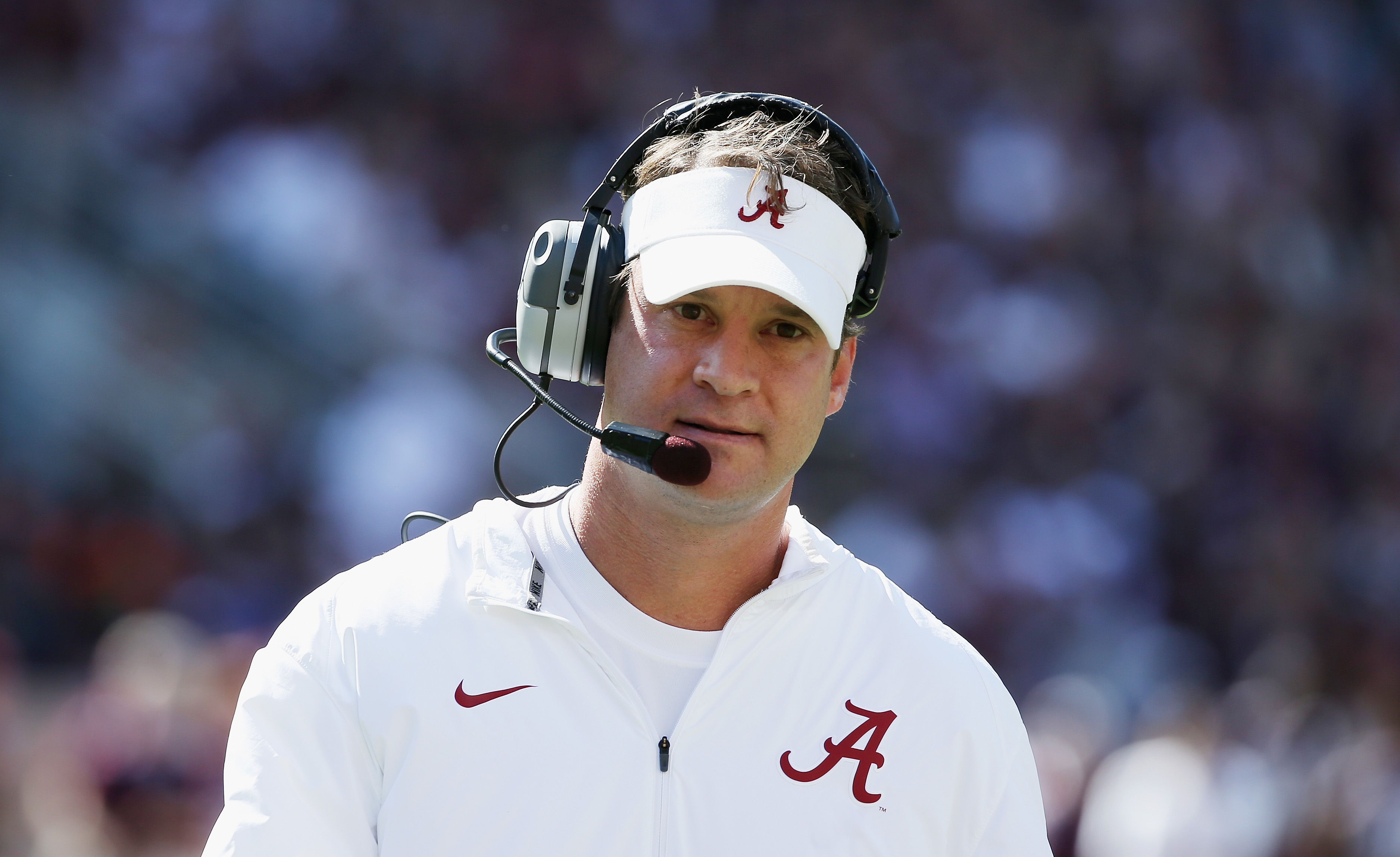 Fool me once, shame on you. Fool me twice, shame on me. Fool me three times? We’re about to find out what happens in that scenario as the Houston Cougars have reportedly decided to hire Lane Kiffin as its next head football coach.

BREAKING: Houston has decided on Lane Kiffin, president to OK the hire at a Thursday meeting, @USATODAY has learned https://t.co/DhTeueFIU5

It will be Kiffin’s third head coaching gig in the collegiate ranks should he actually get the gig, and his fourth overall after a short stint as the head coach of the Oakland Raiders in the late 2000’s.

Sources: Houston has not offered job, no decision made yet on next head coach

The job may not be formally offered, but that could just be a process question as Wolken points out no job offer can officially go out at Houston without the president of the university signing off on it first. That is expected to happen this afternoon according to the USA Today report.

Kiffin, who was previously the head coach at Tennessee and USC will now get a third chance to get it all right at Houston. The 41-year-old coach has a record of just 35-21 in just over four years as a college football head coach.

He spent just one season at Tennessee, going 7-6 before jumping at a West Coast job with the USC Trojans. Kiffin’s time in Knoxville was nothing short of controversial, as he got in trouble for recruiting tactics and for the nature of his departure after just one season at the helm.

Things didn’t get much better at USC, as he produced just one 10-win season in his four-plus years at the helm there. In fact, he had just a 17-12 record in conference play while also dealing with some sanctions during his time (sanctions that came from the previous regime in Los Angeles).

Kiffin was fired unceremoniously on the tarmac in Los Angeles after a second-straight Pac-12 loss back in 2013, but has since tried to rebuild his reputation as Alabama’s offensive coordinator.

There’s little doubt that Kiffin is one of the brightest offensive coaching minds in college football.

Alabama’s transformation on offense under him has been nothing short of amazing, but there are plenty of personal question marks surrounding Kiffin as a head coach. His offenses have averaged 37.5 points, 220.9 rushing yards and 460.9 total yards per game over the last three years.

Kiffin’s transformation could really be seen this season, as Jalen Hurd took over at quarterback and Alabama has exploded for 40.5 points, 245 rushing yards, 226.3 passing yards and 471.3 total yards per game.

It is interesting to note that defensive coordinator Todd Orlando, who has arguably done just the same in transforming Houston’s defense as Kiffin has with Alabama’s offense appears to not be getting the job he has coveted.

Neither is offensive coordinator Major Applewhite, who also openly campaigned to get the job at Houston.

Instead, it appears the Cougars are hoping a big name continues to make the program a viable option on the national college football landscape. Will the third time be a charm for Kiffin in college football?

If it is, don’t expect him to stick around…and thus the quandary Houston found itself in during this head coaching search. Houston’s administration has chosen big names over potential stability in Kiffin.

Those who made said decision will have to live with it — the good, the bad and the ugly.