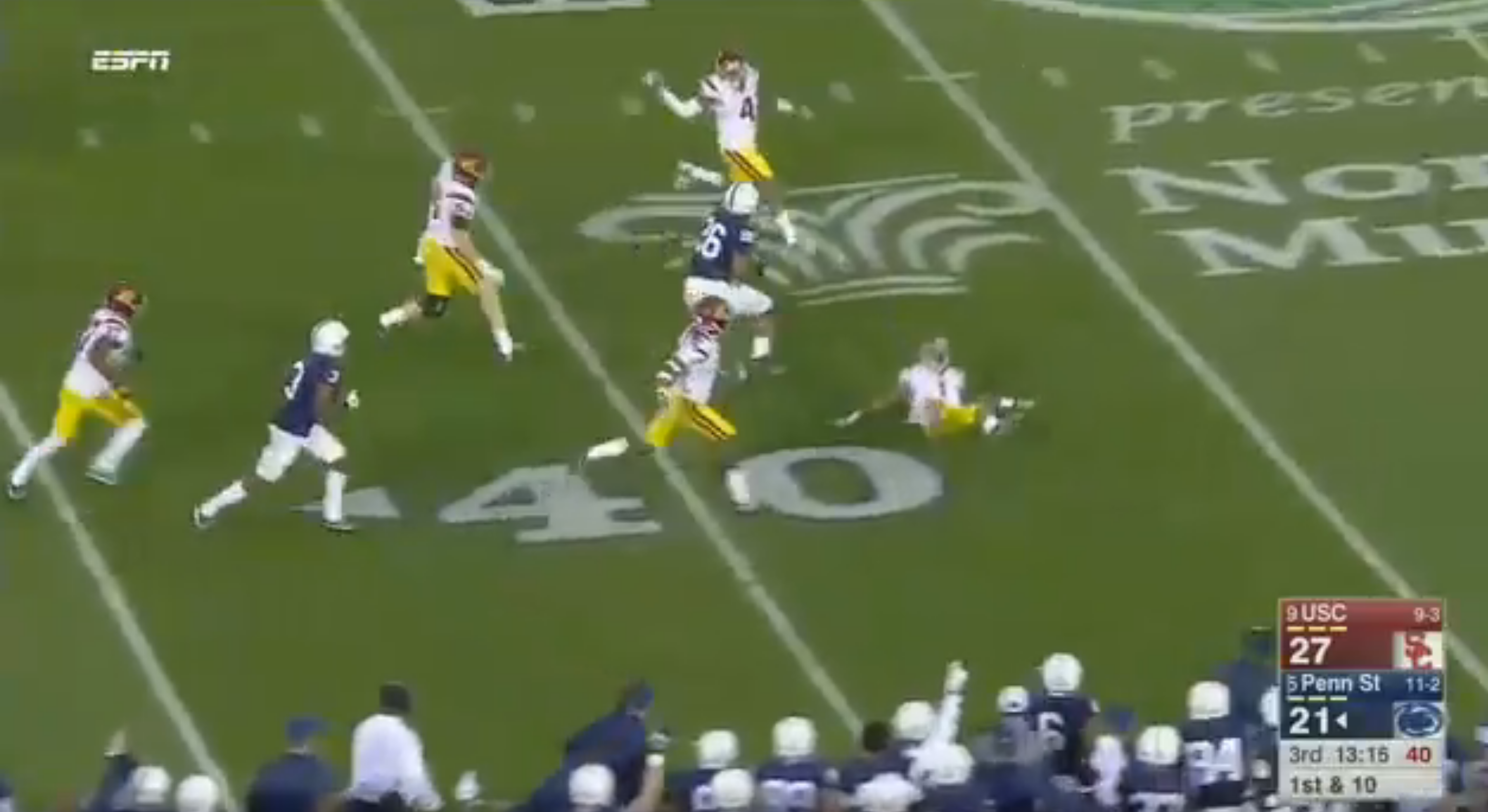 Penn State running back Saquon Barkley emerged this season as one of America’s best running backs, racking up 1,302 touchdowns and 16 touchdowns and winning Big Ten Offensive Player of the Year. He’s a big part of why the Nittany Lions won the Big Ten regular season title and the conference championship game and on Monday are playing USC in the Rose Bowl.

But while we knew Barkley was good, we didn’t know he was THIS good.

– Barkley breaks a tackle in the backfield. A less nimble running back might have gone down for a loss of yards.
– He then bounces toward the sideline, beating another defender outside.
– Then he cuts back and breaks another tackle.
– Then he dodges FOUR defenders at once, somehow slipping through their collective grasp like he’s in a Roadrunner cartoon.
– Then he makes another diving defender miss.
– Then he outruns everyone to the end zone.

Barkley pretty much got by every single USC defender on his way to a touchdown, which—oh, by the way—gave the Nittany Lions a 28-27 lead.

It’s hard to recall many runs as impressive as that one, especially on such a big stage. It kind of reminds you of those Reggie Bush high school highlight videos, only Barkley was dodging USC Trojans, not high school juniors.

Penn State has now opened up a big lead on USC, and if the Nittany Lions hold on to win, we won’t soon forget that run from Barkley.