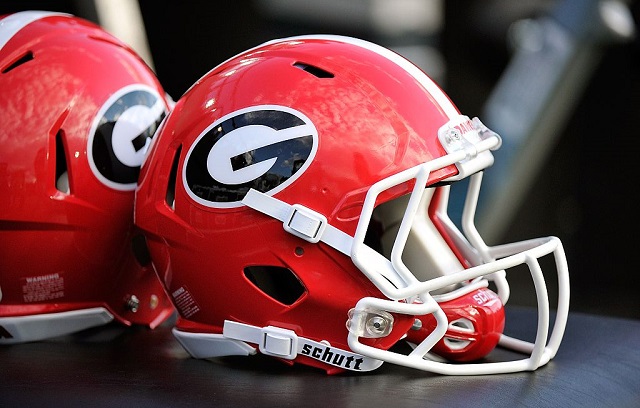 1 Burning Question: How good will Georgia be in year one of the Kirby Smart era?

Last year, the Georgia Bulldogs finished 10-3. Most college football fanbases would be in heaven if their team finished with double-digit wins. Not Georgia. Mark Richt was a very good coach for the Georgia Bulldogs and he did a lot of great things for the university. That being said, it was time for a change and both hope they are now in better places after the split.

Georgia went the predictable route and hired Kirby Smart as its new head coach. Smart has learned under Nick Saban, but now it’s his chance to see if he can do it on his own. He brought in Jim Chaney to try to fix the damage that Brian Schottenheimer did last season. He also enlisted Mel Tucker to shape the defense.

Don’t let the preseason prognostications fool you; this is a very talented Georgia Bulldogs team. Just take a look at the recruiting ratings over the last four years and you will see that. The questions that surround Georgia are whether or not it has the right players ready to step up in key positions (QB) and if the Bulldogs have enough depth on the defense line.

Kirby Smart has waited for the right job. That job is now and his judgment, fair or not, starts Sept. 3 in Atlanta against the North Carolina Tar Heels.

31.01% — This was the percentage of third downs converted by the Georgia offense. Georgia was third in the SEC in 2014 converting at 49 percent. Then, Mike Bobo left and was replaced by Schottenheimer. The offense fell to 13th in the SEC on third downs. One of Chaney’s first major challenges (besides choosing a quarterback) will be fixing the third down offense.

Why it matters: This is the first game of the Kirby Smart era at Georgia. Does he really want to start off his tenure with a loss to an ACC school? In the grand scheme of things, this game doesn’t mean as much as conference rivalries against Auburn, Florida, South Carolina, or Tennessee. But it would be really nice for Smart to start off his career with a win.

Why it matters: This is the first big conference game of the year for Georgia (sorry, Missouri fans) and it comes on the road against a team that has a chance to be very good in 2016. Chad Kelly will lead a high-powered offense against a Bulldogs team that may still be finding its feet. A win here will send notice to the SEC that Georgia is ready to contend in 2016.

Why it matters: Why choose the Tennessee game over the Florida game? I think the road to the SEC East title goes through the Vols instead of the Gators. If Georgia doesn’t beat Tennessee, they have no chance at the SEC East title. If they don’t beat Florida, I believe they can still win the East. The Vols game is also in a tougher spot on the schedule. It falls after Ole Miss. Georgia simply cannot afford to lose two conference games in a row. If the Dawgs fall to Ole Miss, they must beat Tennessee.

Nick Chubb, RB – Simply put, Nick Chubb is a difference maker. After he went down at Tennessee, the offense became a shell of its former self. Having Chubb at full strength gives Georgia options. When Chubb is on the field, defenses have to change the way they defend the Dawgs. All signs point to Chubb being a go for game one against North Carolina. If that’s true, Georgia has a chance to be better than most people think this season.

Terry Godwin, WR – As a freshman, Godwin finished second on the team with 35 receptions and had 12 in his final two games. He also has really good hands. Pro Football Focus tabbed him with the “best hands” in the SEC, as he caught all 35 catchable passes that were thrown to him in 2015. Imagine what might happen this year if Chaney solves the QB problem for Georgia and they get the ball to Godwin more in 2016?

Lorenzo Carter, LB  – I thought last year would be a breakout season for Carter. I was wrong. He finished the year with just 19 total tackles and no sacks (after having 4.5 in 2015). Carter just seemed to be an afterthought last year and got lost in the shuffle. Now that Jordan Jenkins and Leonard Floyd have exited stage left to the NFL, Georgia needs Carter to step up. He could help Georgia’s defense come together if he can find his niche this fall.

Dominick Sanders,  S – Sanders just seems to have a nose for the football. In two years, he has nine interceptions and two touchdowns. Sanders is the leader of a secondary that was better than expected last season. He will be a big key for Georgia, as the secondary might have to be better this year since the defensive line has some serious question marks.

5. Georgia will win its opener against North Carolina

This is contradictory to what Terry wrote in his UNC preview, but I think Kirby and the Dawgs get it done in his debut game. Make no mistake, this will be a battle from start to finish. But Georgia’s defense will make a key play in the fourth quarter that will spell the end for the Tar Heels.

4. By the end of the season, Jacob Eason will be one of the best QBs in the SEC

Don’t expect Jacob Eason to come out lighting up defenses in game one for Georgia. He will show flashes early, but will also make the mistakes that true freshmen make. By the end of the year, he will really start to show what he can do. Heading into the 2017 season, he will be tabbed as an All-SEC performer.

3. Georgia will beat Tennessee, but lose to Florida

Georgia gets Tennessee at home and will be looking for revenge after dropping a 2015 game that it should have won. When the Vols come to Athens, they will go home defeated. However, Kirby will not get off to a good start against Florida, as Jim McElwain will gain the advantage over him in their first meeting.

2. Nick Chubb will be invited to New York for the Heisman ceremony

If Nick Chubb can stay healthy for the entire season, he will gain 1,500 yards and score a boatload of TDs. You can also expect Chubb to be heading for New York and the Heisman ceremony. I don’t think he will win, but I do believe he will be a finalist.

1. Georgia will finish in a tie for first in the SEC East

Florida beats Georgia. Georgia beats Tennessee. Tennessee beats Florida. Each team will also lose at least one more conference game. Consult your SEC rule books to see who gets to the SEC Championship Game. (Hint: based on my preview of Tennessee, it will be either Florida or Georgia.) Kirby Smart will have a good season at Georgia and its fans will see why he was hired. Will they win the SEC Championship? No, but they very well could be in the championship game.