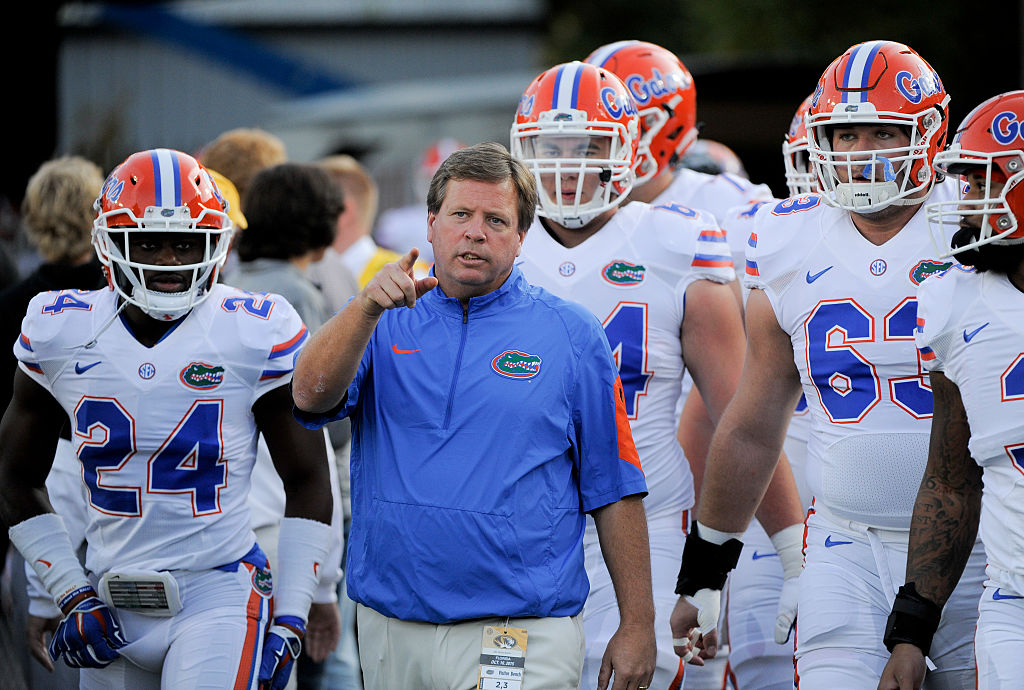 1 Can Florida (finally) find a quarterback?

Florida in 2015 was the tale of two seasons within one. A 6-0 start was highlighted by a stunning infusion of what felt more like Steve Spurrier Florida scoring versus the amalgam of drunken stumblebum offense that marred the Will Muschamp era on that side of the ball, where the Gators shuffled through five starting quarterbacks and zero answers.

In those first six games under Will Grier, Florida scored 28 points or more four times. After the quarterback’s suspension through the end of the season, the Gators scored 28 or more only once (in a loss to LSU) and finished the season 4-4, sucking wind out of the sails of an otherwise very successful season that ended in an SEC title berth.

Jim McElwain will turn his sights at the position on two transfers… Luke Del Rio (Oregon State) and Austin Appleby (Purdue). It appears the ultra talented Del Rio has a leg up, and if you’re a betting man, go with him. Early signs from spring are that Del Rio is all he’s cracked up to be. But there are massive questions in terms of who can step up to catch those passes and whether or not the quarterback can stay upright, but McElwain proved what this coaching staff can do on offense, immediately, if they just get the right guy under center. 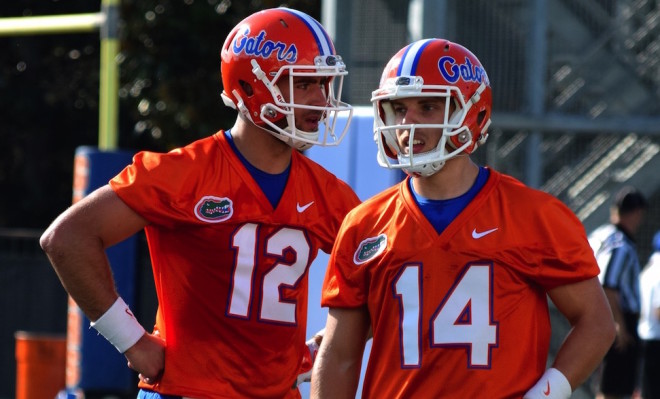 45 – The number of sacks allowed in 2015. Youth was the theme along the offensive line, where the Gators at times were pressed into starting three freshmen. There was no real combination that worked, as Florida signal callers scrambling around in the backfield seemed to be a common occurrence. This absolutely has to be better, no matter how much improved the quarterback play is.

8.9 – The average points per game scored by Florida the last seven games of the season. That’s a garish number if you’re looking to do a whole lot of winning. If you believe in magic, well, they also went 4-3 during that stretch, so you’d likely cite that as proof of such a thing. The offense has to be better. Florida was utterly non-competitive against Florida State and Michigan, and Alabama kept them at arm’s length seemingly at will in the SEC title game.

Why it Matters: In what was one of the most stirring games of the entire 2015 season, Florida scored two touchdowns in the last 4:10 and fended off two last-second field goal attempts by freezing the kicker with a timeout call to notch its 11th straight win over the Vols. This game certainly is a tone-setter in the SEC East annually, always early in the season when everyone has a shot. Florida will need to make it a smooth 12 straight.

Why it Matters: For all the issues that Florida had in 2015, Georgia probably had more of them, never more evident than when the Gators’ then-punchless offense ran roughshod over the Bulldogs, 27-3, in the World’s Largest Outdoor Cocktail Party. This one always seems to have major SEC East implications, and it’s highly likely that it could be another situation of “play-in game to determine who plays the SEC West champ.”

Why it Matters: This isn’t a conference tilt, so fates will be somewhat cemented by the time it gets played. But come on — this is one of the fiercest rivalries in the sport. This intra-state clash affects recruiting fortunes and, if we go back to the glory days of the 1990s, national fortunes for both the winner and the loser. 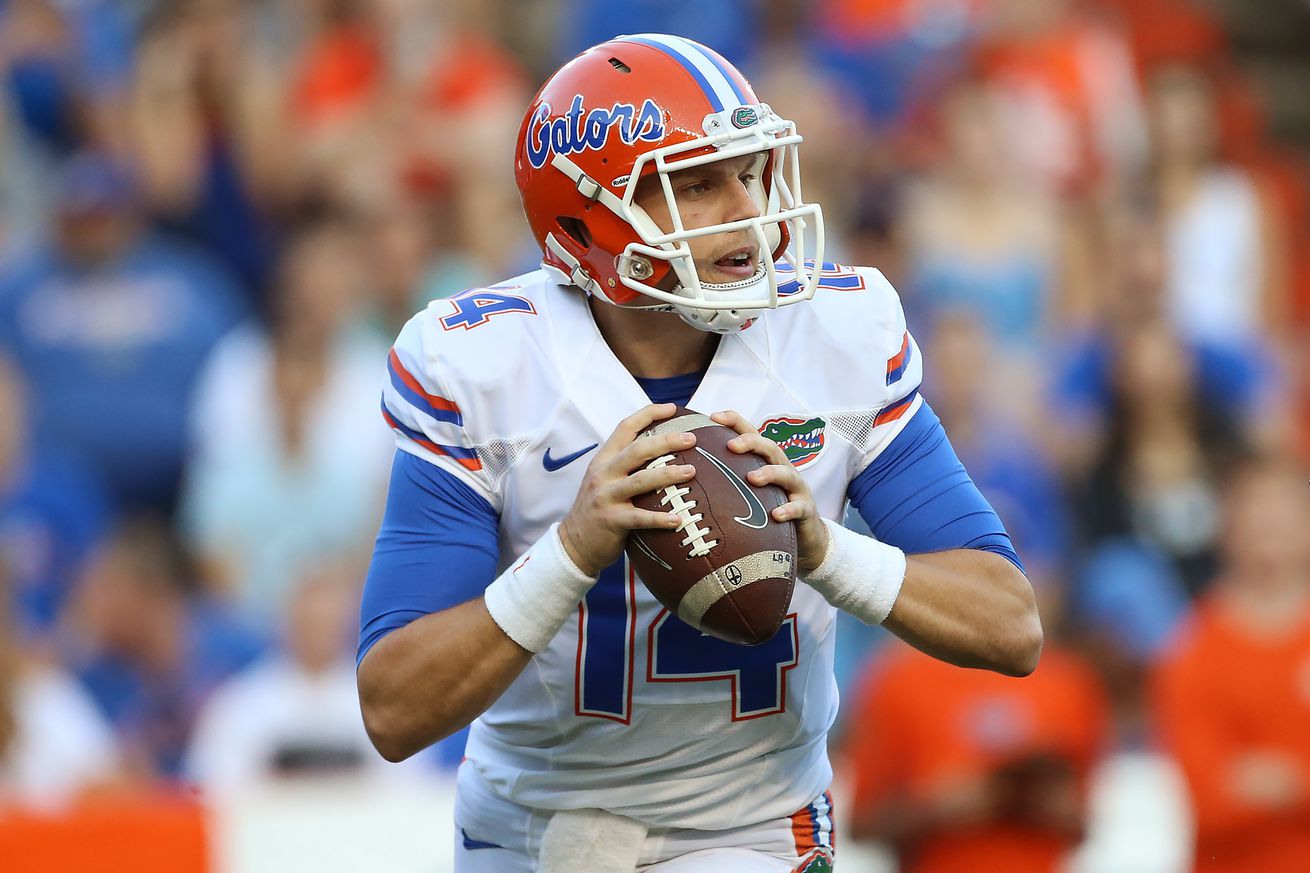 Luke Del Rio, QB — Seeing as I wrote a column about him being a dark, dark horse (not depressing dark, but like, completely shocking) Heisman candidate in the spring, there’s no sense in not doubling down on the hype. Del Rio had glowing reviews from spring practice and remember, this is a team that was offensively impotent yet still made the SEC title game last season. We saw what they can do with competent QB play, and Del Rio has more talent than anyone McElwain has had as a head coach.

Jalen Tabor, DB — Tabor seems like the next great Florida defensive back. With Vernon Hargreaves III gone, Tabor probably won’t see as many targets his way. But the 2015 All-SEC talent will anchor an always strong secondary and at minimum, mostly cut off half the field at times for opponents. He returned two picks for scores last season, the first Gator to do that since Brandon Spikes in 2009.

Jordan Scarlett, RB — The Gators will need a running back to step up, because McElwain loves him some run game and Kelvin Taylor isn’t here to don the cape this season. Scarlett, who was suspended for the Citrus Bowl after being cited with a little Mary Jane, called the suspension “humbling” and figures to be hungry to get on the field and get another shot.

Jarrad Davis, LB — Davis is an elder statesman and leader on this defense. He’s everywhere, always. It’s possible he’s looking over your shoulder while reading this. Turn around. He may tackle you. After all, he was second on the team in tackles in 2015 and also registered 11 tackles for loss and 3.5 sacks. If he is behind you, surely he’s giving a thumbs-up while reading.

The Gators’ chief SEC East rivals enter 2016 with renewed optimism and expectations, especially in the case of Tennessee. Surely, it won’t be easy, but it never is. Winning at Neyland Stadium in what should be an electric atmosphere will be a heavy task for a starting quarterback who will play his first time under center in such an environment. The hunch is, the Gators get both wins on the belt.

4. Jalen Tabor will be an All-American

It’s hard to replace an utter arrow on fire of a human being like Hargreaves III, but in Tabor, the Gators have a chance to actually do it. Tabor played in 12 games as a freshman and 14 last year as an All-SEC defensive back. This year, he makes the step up from conference awards to national ones, and is a household name to folks who delve in the sport enough to make college defensive backs household names.

3. Florida’s offense will average over 30 points per game

For a team that averaged 8.9 points in their last seven games of 2015, this seems like a stretch. However, the offense should be markedly better with a young offensive line improving with age. Antonio Callaway (69 receptions) is a big-time play maker, but he will need some additional help. Florida isn’t there all the way yet on offense and probably is still a few years away from where it wants to be. That will improve with better quarterback play.

2. Luke Del Rio will be the All-SEC first team quarterback

As bold things go, this pick should have its own barbecue sauce. Random Guy Picks Luke Del Rio to Be Great Sauce sounds catchy, only not. Del Rio is a big-time talent who seems to be fitting in nicely, if you believe what people actually dealing with the team say. We saw what McElwain’s coaching could do with Grier, and Del Rio has more natural skill. He will be one of the big stories not only in the SEC, but nationally.

1. Florida will win the SEC East and go unbeaten against divisional opponents

Every year, there’s at least a quasi-debate regarding whether or not multiple SEC teams can get in the College Football Playoff, and Florida will provide some of the fodder by winning the SEC East. In my opinion, they’ll do it by losing either zero or one game in the process. The game that looks the most pitfallish is a road visit to Arkansas. They miss Alabama in the West and get LSU at home. Realistically, Florida could play in the CFB Playoff and it be shocking in the least. The defense is still top 10 nationally strong, and a little better play along the line could spark YUGE things.