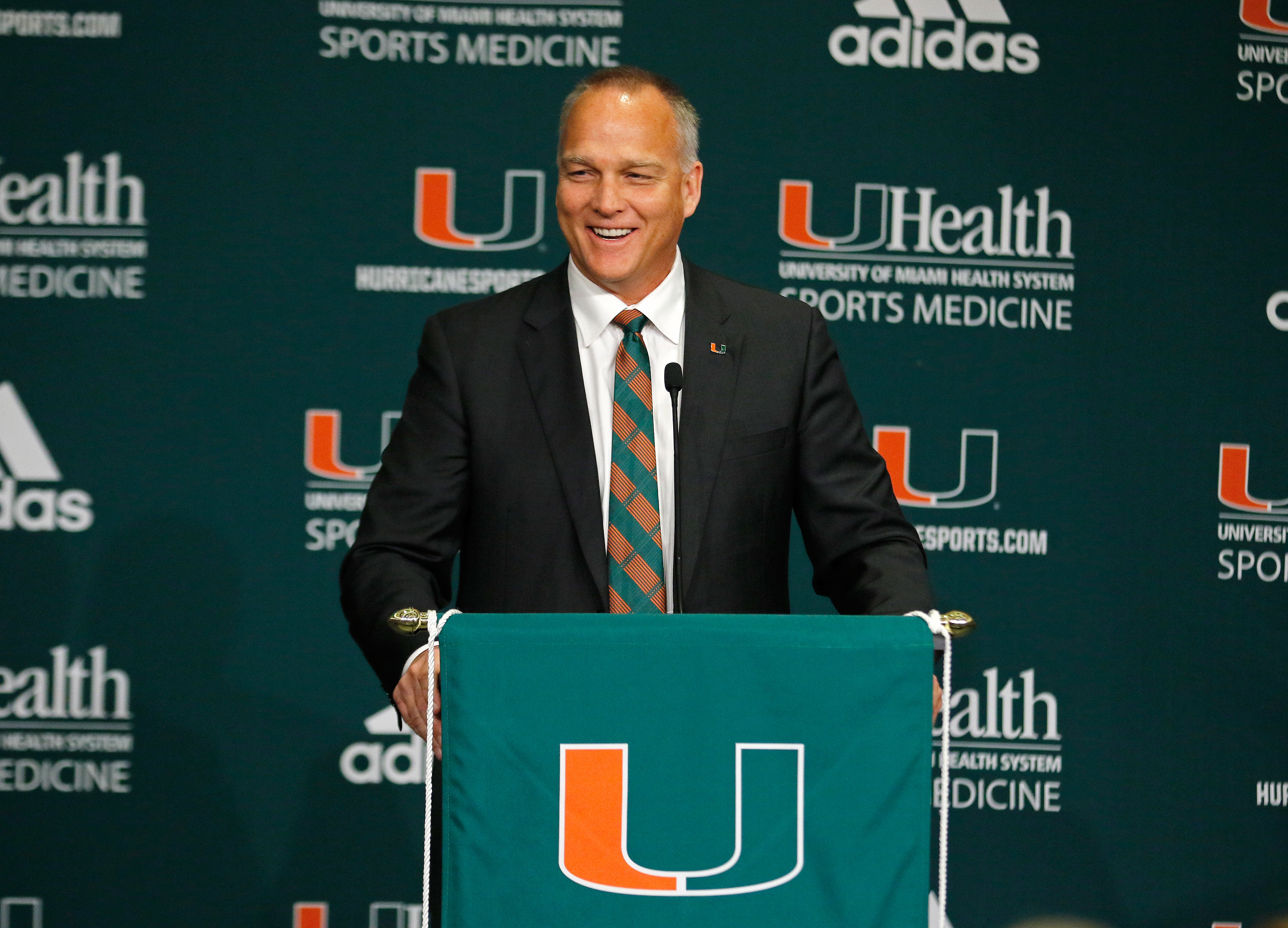 The Comeback’s college football preview coverage continues as we drive closer to the top 10 in our Top 50 countdown. Up next,  we take a peek at the Miami Hurricanes. We’ll continue to move up the list each day until the beginning of the regular season when all the fun begins.

Is this the year that Miami finally wins the ACC Coastal Division title?

Truthfully, I never thought I would ask this question. When Miami joined the ACC in 2004, the school expected to compete for the conference title every season. Unfortunately, that hasn’t happened. The ‘Canes have yet to win a division title and have finished third or lower eight times. The team did capture a share of the Coastal crown in 2012, but didn’t play in the ACC title game due to a self-imposed postseason ban.

Is this the year that UM finally breaks through? It’s certainly possible. The Hurricanes welcome back eight starters from a solid unit that ranked in the top 20 in total defense, scoring defense, yards per play, and tackles for loss. On offense, leading rusher Mark Walton returns, as does Ahmmon Richards, who broke Michael Irvin’s freshman record for receiving yards. The offensive line also has plenty of experience, returning five players with a total of 86 career starts. That will certainly makes things easier for the new starting quarterback.

The 2016 campaign certainly had its ups and downs. The ‘Canes started out the season 4-0, highlighted by a 35-21 victory over Georgia Tech. Then, things slowly fell apart. Miami raced out to a 13-0 lead against Florida State, but ended up losing 20-19 on a blocked PAT. The Hurricanes would proceed to lose their next three contests, including an embarrassing blowout loss to eventual Coastal champion Virginia Tech. However, UM rebounded in November, winning their final five contests, punctuated by a 31-14 thumping of West Virginia in their bowl game.

Although Miami isn’t quite back to the level that it was in the 80s, 90s, and early 2000s, the 2016 campaign was certainly a step in the right direction. Had the game against Florida State gone the other way, the ‘Canes season might have been completely different. Regardless, it’s hard not to be encouraged with the way UM closed out the year, holding a top 20 offense to season-lows in both yards per play and total yards.

If that doesn’t fire up Hurricane fans for the 2017 season, I don’t know what will.

Miami signed the second-best recruiting class in the ACC and the 13th-best class in the nation, according to 247sports.com. While the class contained players from seven different states, 16 of them were from Florida. The Hurricanes signed a total of 10 four-star recruits, including N’Kosi Perry, who will compete for the starting quarterback job this fall. Don’t be surprised if Jeff Thomas, DeeJay Dallas, Mike Harley, Trajan Brandy, and Kai-Leon Herbert all see significant playing time this fall as well.

108 – The number of tackles for loss that the Miami defense recorded last year, the eighth-best total in the nation. The ‘Cane D was successful last season because it produced a lot of negative plays, forcing its opponents to play from behind the sticks. In UM’s nine wins, it recorded an average of 9.0 TFL per game. Not surprisingly, the opposition only converted on 32.62% of their third down opportunities in these contests. For the Hurricanes to win the Coastal, the team needs to match or improve upon this number in 2017.

2.04 – Miami’s average yards per carry in its four losses last season. When the offense ran the ball well, the team won. When it didn’t, it usually lost (the exception being the bowl game, where the ‘Canes won big, but only rushed for 81 yards). With a new quarterback under center this fall, it’s imperative that UM run the ball effectively to take some of the pressure off. Otherwise, every contest will resemble the Florida State game last year – in which Kaaya got hit so hard that he lost a tooth.

10 – The number of times that the Hurricanes turned the ball over last season, which ranked third in the country. It was also the number of net turnovers that Miami produced in its nine wins last season. The first rule in any sport is “don’t beat yourself.” Mark Richt’s squad did an excellent job of that last year, throwing only seven picks and losing just three fumbles. Although it’ll be tough to post these types of numbers this year, UM still needs to make sure that it protects the football. After all, Miami went 6-1 when it had more takeaways than giveaways.

Why it matters: Does Miami have what it takes to win the ACC Championship this season? We’ll find out on Sept. 16, when the ‘Canes face their biggest rival. Although a loss in this contest doesn’t hurt UM in the Coastal division race, a “W” would put them in the driver’s seat. In addition, a victory would also snap a seven-season slump against the ‘Noles, which could give the Hurricanes a huge boost in recruiting going forward.

Why it matters: In a word: revenge. Last season’s loss to the Hokies was extremely painful. In addition to being the most lopsided defeat of the year, it also prevented Miami from winning that elusive Coastal Division title. Depending on how things shake in the division – arguably the deepest in college football from top-to-bottom – this contest could ultimately decide who plays in the league title game again this season. That makes this contest a “must-win.”

Mark Walton, RB – As last season’s four-game slump proved, the ‘Canes need to run the ball effectively in order to have success. Fortunately, Miami has one of the best backs in the league in Walton. He thrived as the Hurricanes top running back last year, rushing for 1,117 yards and 14 touchdowns. Despite averaging just 16.08 attempts per game, Walton still posted six 100-yard efforts last season, including a 125-yard performance against Pittsburgh. He’ll be the focal point to the Hurricanes offense this fall, especially early in the year, as the new quarterback gets his feet wet.

Ahmmon Richards, WR – As noted in our ACC receivers preview, Richards is one of the top returning pass catchers in the league this season. He was outstanding for the ‘Canes as a freshman, hauling in 49 passes for 934 yards, and ranking fourth in the conference in yards per catch (19.06). He was also one of the most explosive players in the league last year, with 10 of his receptions netting 30 yards or more. Richards’ ability to stretch the field will keep opposing defenses honest, and prevent them from loading the box to try to take away Walton and the ground game.

Dee Delaney, CB – With Corn Elder off to the NFL, the Hurricanes needed a shutdown corner to take his place. Delaney will be that guy. A two-time FCS All-American, Delaney intercepted 13 passes in three years at the Citadel, including six last season. He also came up big for the Bulldogs in the FCS playoffs, recording picks on back-to-back plays in the second round against Wofford. Even though he moves up a level in competition, there’s no reason to expect any drop-off in production. Don’t be surprised if he’s one of the top DBs selected in next April’s draft.

Miami will win the ACC Coastal division and play in the conference championship game. While the offense will have to break in a new quarterback, there’s more than enough talent on both sides of the ball to carry the team while it figures things out.