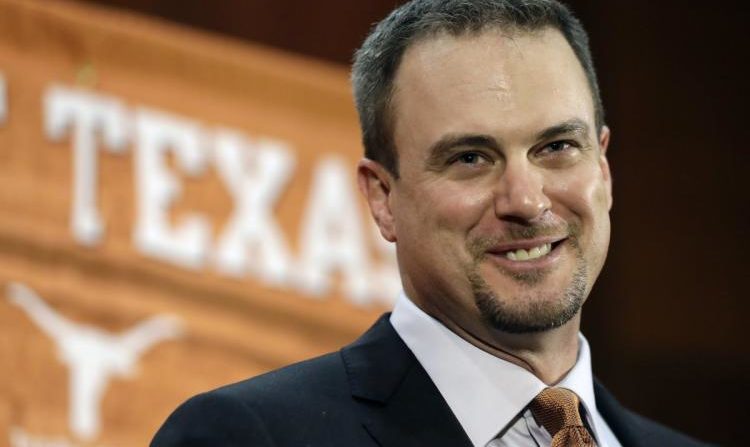 The Comeback’s 2017 college football preview coverage continues with the next team in our Top 50 countdown. Coming in tied for No. 37 (with the Pitt Panthers) is Texas out of the Big 12.

It is hard to believe, but the Texas Longhorns are coming off a third consecutive losing season. The memories of upsetting USC in the Rose Bowl for a national championship are aging quickly, as is the faint memory of a time when Texas played for a BCS national championship against an Alabama program still on the rise to dominance. Could the 2017 season be the first step back toward national dominance?

Before we get to that, Texas just needs to jump up the pecking order in the Big 12, and its own state. Since Texas’ last bowl victory, Houston, Baylor and Texas A&M have all played in a New Year’s Six bowl game. That has to make Longhorns fans cringe.

But with a new head coach in town, the reversal of fortune is expected by many. The only question is how long will it take to make Texas football matter once again.

One game into the 2016 season, you might have thought Texas finally figured out its offense. A wildly entertaining 50-47 victory over Notre Dame had college football pundits buzzing about the Longhorns following a fun win over No. 10 Notre Dame.

The Longhorns improved to 2-0 with a dominating victory over UTEP and then fell back to earth in frustrating fashion by losing the next three games, including two by one possession. And that would ultimately be the theme for the season, with Texas losing five games by seven points or fewer. Texas stayed home for the bowl season with a losing record for the second straight season, and a third straight losing season resulted in the administration pulling the cord on head coach Charlie Strong.

Texas looked in-state to bring Tom Herman over from Houston, and once again the expectations are on the rise for the Longhorns.

Tom Herman got a late start on his Texas recruiting efforts so his first class should be much more worthy of evaluation a year from now than this class. However, Herman secured a commitment from quarterback Sam Ehlinger, a four-star early enrollee. The class is lacking five-star talent, but that should change quickly if Herman proves successful out of the gates in Austin.

85.11 – Once Texas opponents reached the red zone, they could generally count on leaving with some points on the scoreboard. Texas’ defensive red zone success rate was more on par with Texas Tech and Iowa State than it was Oklahoma State. Opponents scored a touchdown in the red zone more than half the time, which is par for the course in the Big 12 (Oklahoma led the Big 12 with 47.83 percent).

5 – Games lost by seven points or fewer by Texas in 2016. Flipping just one of those results the other way would have sent Texas to a bowl game. It also shows that flipping the narrative for the program could happen quickly, if Texas can lock down on defense and Herman delivers with the offense.

Why it matters: If Texas is going to make some noise in the Big 12 this season, it must win a home game against Bill Snyder’s Wildcats. Home-field advantage has been kind to home teams in recent meetings, but a win against Kansas State could keep Texas above .500 for sure ahead of a game against Oklahoma the following week. Losing this game before games against the Sooners and Oklahoma State could be difficult to rebound from.

Call it a revenge game. Call it redemption. I just can’t believe I’m throwing in a game against Kansas as a make-or-break game, but there is something to be said about this game in particular. The Longhorns need to come out and dominate this game to move on from the stain that was a loss to the Jayhawks a year ago. 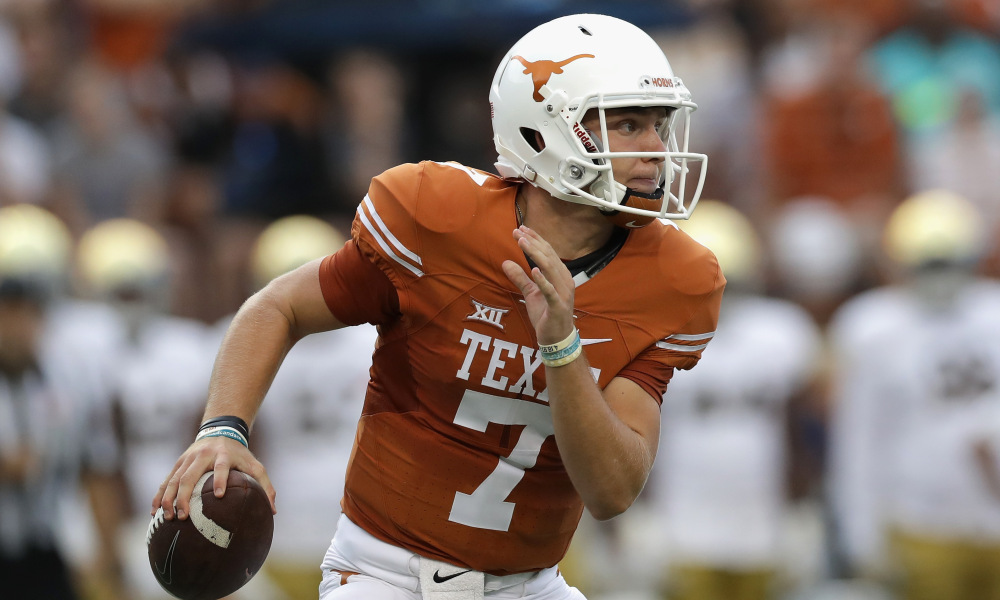 Shane Buechele, QB – Herman may have landed a four-star quarterback to work with moving forward, but Shane Buechele gives him some experience to work with first. Herman has a reputation for being a quarterback whisperer, and what he can do with the sophomore could lead to a dramatic impact on the fortunes of the 2017 Longhorns.

Chris Warren III, RB – Replacing a 2,000-yard running back like D’Onta Foreman is no easy task, but that will be what Warren is asked to do as much as possible. How Herman runs his offense could alter how Warren is used compared to the former offensive style in Austin, but he gives Texas a running back with some experience to carry the load when needed.

DeShon Elliott, S – Texas will need to improve on the defense and become more fierce with its opponents if they are to improve in 2017. With a good number of starters back this season, that appears to be taking form, but Elliott will be one of the players likely to step into a starting role this fall in the backfield. You won’t want this guy coming at you.

Texas going bowling hardly feels like it should be a bold prediction, but it just might be this season. The Longhorns have plenty of ground to make up in the Big 12, but don’t be surprised if they give playoff contenders USC and Oklahoma a good scare this season.

This Texas team may even score an upset along the way to make it more difficult for Oklahoma State to challenge the Sooners for the Big 12 championship. Getting to nine wins might be difficult, but getting to eight wins feels achievable.