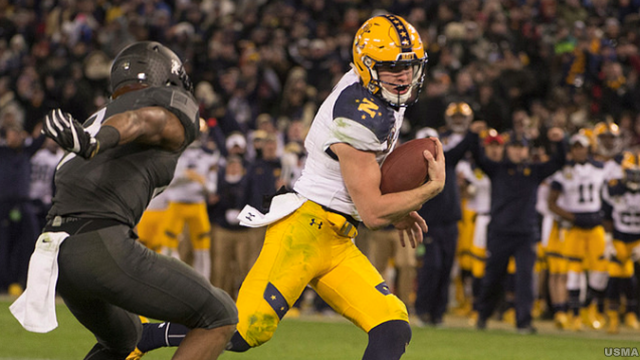 The Comeback’s college football preview continues counting down our Top 50 for the 2017 season. Up next is No. 46 in our countdown, the Navy Midshipmen.

Navy looks to move past a disappointing 2016 and move on to 2017 as quickly as possible. The Midshipmen have really built a strong program under Head Coach Ken Niumatalolo, posting at least eight wins in each of the last five seasons and earning a national ranking at some point in each of the last two.

Last season was looking to be one of Navy’s best in decades, but injuries devastated the team late in the season. Still, the Midshipmen had a pretty successful year and should be able to build on it. The one bright side to Will Worth’s horrific injury is that Zach Abey got some experience at quarterback last year, and he looked pretty good doing it.

A very undertold story about Navy last year is that the Midshipmen did not deal with success well. This team played inspired for much of the season, and it would be insane to fault its desire. But one stat still stands out. When Navy was unranked, the Midshipmen went 8-1 last season, including a season-turning victory over No. 6 Houston. When ranked, Navy went 1-4.

Any review of Navy’s 2016 season would be remiss without mentioning injuries because they played a huge part. Worth wasn’t even meant to be the starter last year. Tago Smith went down in Week 1 and Worth was even better than him as a replacement. Of course, Navy lost Toneo Gulley in the same play when Worth went down against Temple. Does Navy beat Army or Louisiana Tech (or both) if either Gulley or Worth doesn’t break a leg on that play? Most likely.

Of course, Zach Abey performed admirably (pun very much intended) in the final two games of the season, so that’s a good sign for 2017, especially since Navy is replacing essentially its entire starting offense.

Judging the recruiting classes of the service academies is honestly a foolish endeavor. They get the players they want and work them in their system. This class could be No. 1 or No. 100. Either way, it will not affect Navy’s output on the field much. Niumatololo gets Navy-style players (who want to go into the Navy) and gets them to play Navy football.

250.4, opponents’ passing yards per game: Navy’s pass defense was awful last year. It was 87th in yards against, and was 112th in the country in interceptions, with only seven in 14 games. Then again, at least Navy wasn’t North Carolina — the Tar Heels picked off just one pass all year. (That stat isn’t relevant to Navy in the slightest; it’s just so absurd that I had to share it.) Still, Navy’s secondary needs to pick up the pass defense or teams will just find too much success through the air.

14-2, Navy’s conference record since joining the AAC: Moving to a conference has been good for the Midshipmen. They have tied for or won an outright division crown each year. Navy has had a shot at a New Year’s Six Bowl late in the season the past two years, which never would have been true as an independent. Navy and the AAC have been great for each other, and we should keep that in mind.

609, Zach Abey’s total yards after Worth’s injury: Abey will be the key to the Navy offense in 2017 and judging by his 2016 success, there should be no issues there. What’s incredible is that he threw for over 350 years in those three games. That’s a feat for any Navy quarterback. Abey has able legs, the ability to run the triple-option, and a very good arm. He could excel at Navy, which would be great for the program.

Make or Break Game of the Year

Record in Last 5 Meetings: 1-2 (the teams have only met three times)

Why it matters: Look, Army-Navy is the biggest game of the college football season every year, so putting that here is redundant. It means more than all the other games combined.

But in terms of the 2017 season by itself, this Black Friday game against Houston should be huge. It will probably determine the AAC West, and unless Boise State or Western Kentucky runs the table, that probably means that this is a semifinal for a New Years’ Six berth. Navy has been so close twice now, and a service academy playing in a major bowl for the first time in over 45 years (Air Force played in the Sugar Bowl in 1971) will light the college football world on fire. All eyes may very well be on the AAC for Rivalry Weekend. What a story that would be. 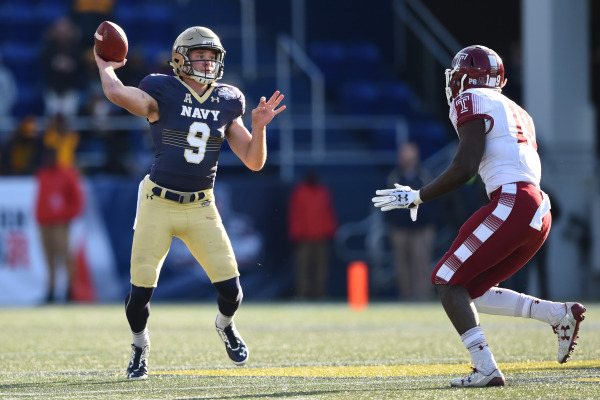 Zach Abey, QB: When you play in a triple-option system, it all comes down to the QB. If the QB isn’t a viable triple-option threat, then you have no offense. Abey showed us in 2016 that he’s the real deal. If he’s improved in the offseason, Navy’s offense could be incredible.

The Secondary: This isn’t one player, but Navy doesn’t usually have an individual leader in the secondary. The Midshipmen play team defense, but the passing defense was a sieve last year. Help on the pass rush from the D-line will be important, but if the secondary can’t keep opposing receivers in check, Navy will be in for a long season on defense.

Jarvis Polu, DE: Polu is the main returning player on a defensive line that swallowed opponents’ running games alive. If Navy is going to be as effective against the run as last year, a lot will be riding on Polu’s shoulders. That’s a challenge that I’m sure he would love to face.

It’s going to happen sooner or later (as long as Niumatalolo stays), so I may as well call it this year: Navy will be playing in the Peach Bowl on New Year’s Day 2018.