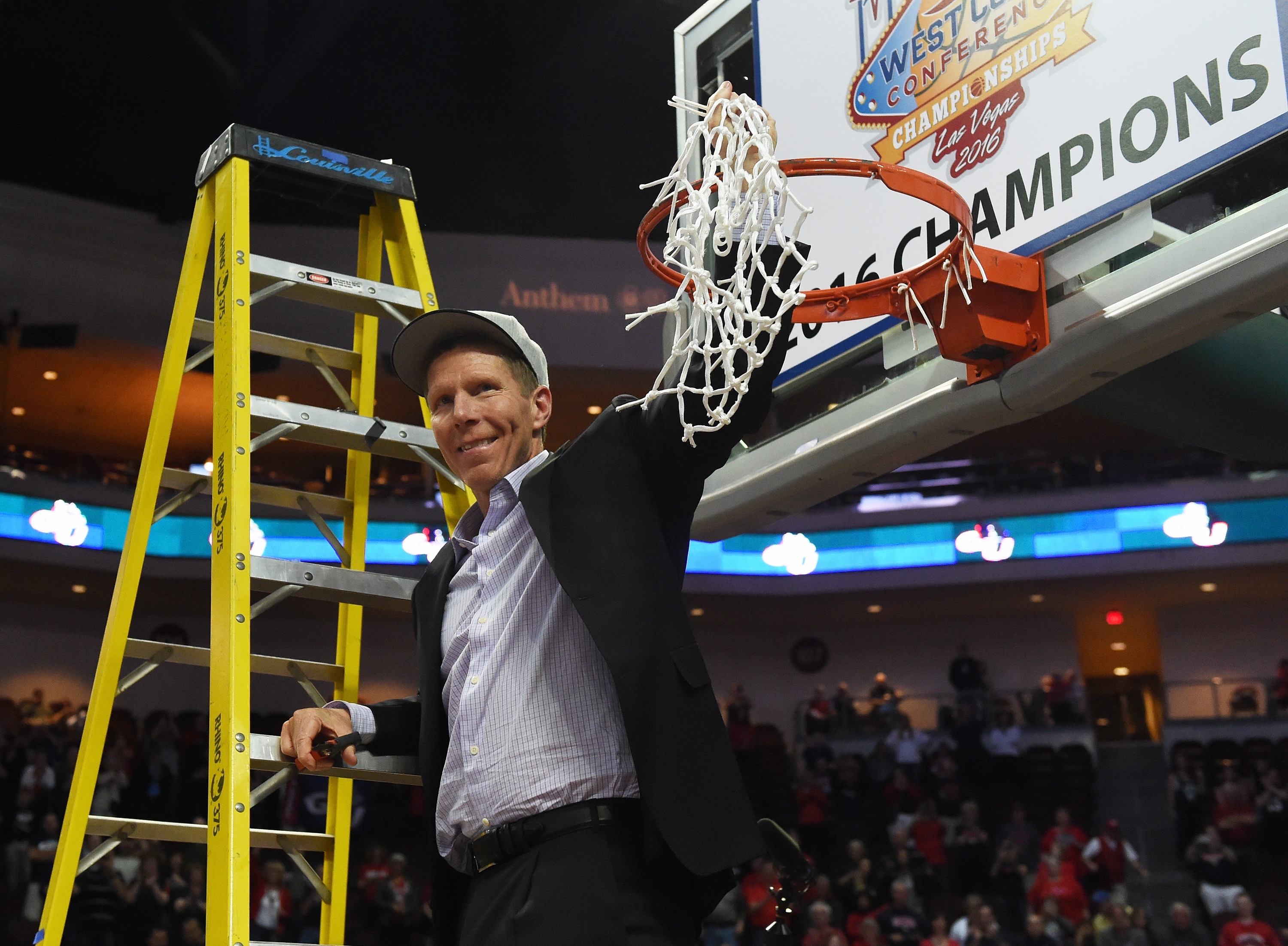 Just five-and-a-half years ago, many college basketball devotees placed their March Madness brackets into the shredder and shed a few tears along the way. That season, Butler and Virginia Commonwealth (VCU) stunned their respective regions and advanced to the Final Four, with the Bulldogs even reaching the national championship game.

At the time, Butler, who later shifted to the reformatted Big East Conference, represented the Horizon League in the NCAA tournament, while the Rams hailed from the Atlantic 10 Conference. Hence, the schools delivered a massive warning to each of the Power Five conferences that no “elite” bunch in what’s now a 68-team pool is safe from an upset.

Here’s a head start on which mid-major programs could garner a similar amount of attention in the Big Dance this season.

Gonzaga is going to the #Sweet16! #TBT pic.twitter.com/N2swyPsmz8

Additionally, after averaging 10.1 points and 4.1 assists a season ago, redshirt sophomore Josh Perkins’ production will spike. Plus, numerous West Coast Conference (WCC) participants don’t possess the personnel to match up with 7-foot-1 senior Przemek Karnowski. He’ll see plenty of touches from the block with Sabonis out of the town.

It's a tight one in the Orleans! @smcgaels Emmett Naar makes it a 2-point game with this 3 #WCChoops pic.twitter.com/ZZiLHUHpBw

Unsurprisingly, another squad via the WCC is worth watching. Following a three-year absence from the tourney, the Gaels can swoop in again. St. Mary’s retains the same starting five from last season, led by point guard Emmett Naar. The junior produced 14 points and 6.4 assists in 2015-16, as well as shooting a kosher 53 percent from the field and 41.6 from behind the arc.

Although head coach Randy Bennett’s unit finished first in the WCC a campaign ago, knocking off the Zags twice in the regular season, the group failed to do so in the conference tournament. Expect more fierce battles between the two schools, fighting for the higher seed in March Madness.

Congrats to Markis McDuffie (@ThatMcDuffieKid) on being named the @ValleyHoops Conf. Freshman of the Year. #Jersey pic.twitter.com/Q0KnDeg9zp

Despite the departures of program fixtures Ron Baker and Fred Van Vleet, head coach Greg Marshall has established an enthralling culture of winning in Wichita, Kansas. The next player to shine under the corn-colored spotlight will be Markis McDuffie.

The sophomore forward should vastly improve upon his 7.4 points per contest in 2015-16 and also contend for the 2017 Julius Erving Award Watch, handed out to the top small forward in Division I. Moreover, the Shockers’ suffocating defense, allowing 59 points to their opponents last campaign, won’t lose its grasp too much.

The NCAA tournament selection committee delivered a cold shoulder to the Hawks in March, denying them a bid into the one-game elimination extravaganza. Monmouth’s resume was even stocked with wins over Notre Dame, UCLA, USC and Georgetown. Nevertheless, senior guard Justin Robinson, along with four fellow returning starters, will evidently seek revenge.

Robinson ranked No. 61 in the nation in player efficiency rating (PER), finishing with a 24.8 mark. Furthermore, he tallied 19.3 points per game and won the Metro Atlantic Athletic Conference Player of the Year award, too. However, the inability to win the MAAC cost him and his coworkers a bid. They must either rectify their in-conference woes or knock off some tough competition in non-conference play, facing North Carolina, Syracuse, Memphis and South Carolina.

Here's the Henry Caruso breakaway dunk that put @Princeton_Hoops up 29-27 on Yale with 4 mins. before halftime. pic.twitter.com/P9SrCUeqnO

While Yale and Harvard have posed as the Ivy League’s darlings over the past three seasons, the Tigers are poised to reenter tourney for the first time since 2011. Their offense was lethal in 2015-16, averaging the the 39th-most points per contest in DI (79.1). That scoring output should continue with four players, who averaged at least 10.8 points per game, heading back to the New Jersey area. 6-foot-4 forward Henry Caruso notched a team-high 15 points and 5.6 rebounds as a junior, and he’s ready to entrench himself as the top performer in the conference.

In order to solidify themselves as contenders, though, Princeton ought to post a stronger non-conference mark, having lost five of its seven games over that stretch last season. Senior big man Hans Brace, who sat out last season with a torn ACL, could help alleviate those concerns. He averaged double-figures in both his sophomore and junior seasons.

Wichita State may boast the best squad in the Missouri Valley Conference, but the Redbirds constitute as an obvious threat. For starters, upperclassmen MiKyle McIntosh and Deonte Hawkins form a formidable duo in the frontcourt and even shot 37.9 and 36.6 percent, respectively, from behind the arc.

On the other side of the floor, ISU recorded a 12-2 record in-conference when yielding 70 points or less. An appearance in the Big Dance hinges upon its ability to abandon the defensive lapses of a year ago.