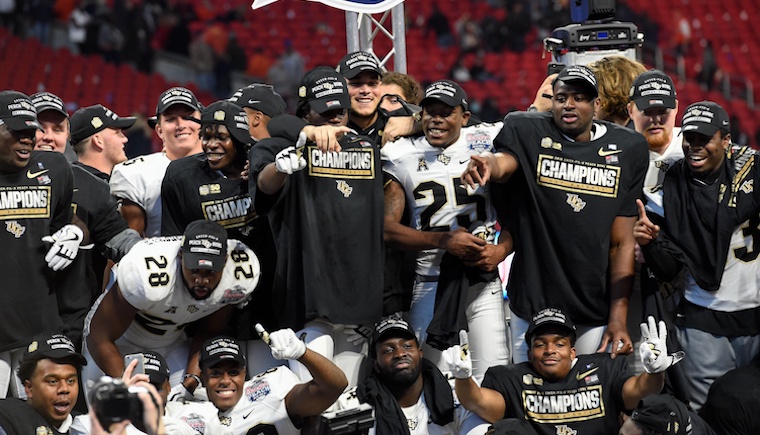 The UCF Knights have claimed a national championship for themselves after finishing as the only undefeated team in major college football in 2017. Most fans and journalists have met this claim with dismissal or ridicule, but that’s not going to matter long-term.

UCF’s actions are just good fun. Who doesn’t love a parade at Disney World? But their stance sends a message to college football. There’s a lot to unpack in that message, but it will really matter.

How we got to the CFP

From that desire, most of the major bowls (with the Rose Bowl being the notable exception) reached an agreement to try and match up the top two teams in a major bowl game. Of course, the Bowl Coalition and Bowl Alliance needed some work, as there were still two major polls (the AP and Coaches) that wouldn’t always agree on the top two teams.

After Michigan and Nebraska split the 1997 national titles, the Bowl Championship Series was finally born. It was a system that would combine the polls to decide the top two teams. It got the Big Ten, Pac-12, and Rose Bowl on board, meaning that the top two teams should be guaranteed a spot no matter what. Tweaks were made over the years, but the BCS essentially decided the NCG participants from 1998-2013.

Then, due to several reasons, the BCS finally failed. The most notable reason, though, was the lack of interest when the BCS gave us an Alabama/LSU rematch in the 2012 title game. The power conferences decided to move to a four-team playoff with the teams selected via committee. 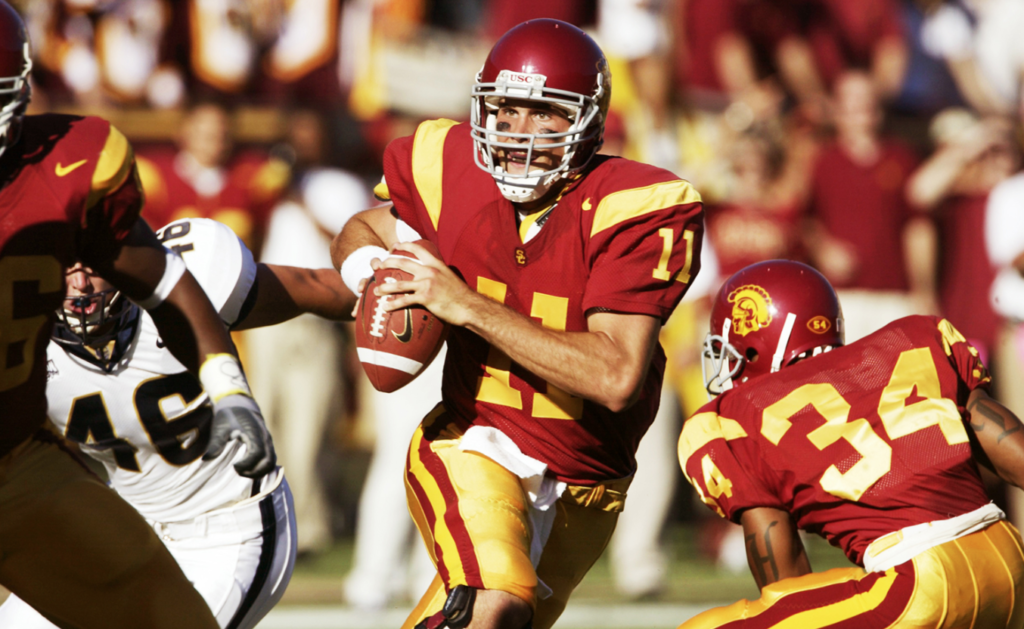 One trend through modern college football history is very clear. Fans hate split titles. College football thrives on debates and discussion; the sport needs its level of subjectivity. Ultimately, fans want to more or less agree on a national champion. This prompted the BCS to change its formula after 2003 — the only year in which the AP Poll awarded a title to someone other than the BCS NCG winner.

In the short four-year CFP era, 2017 represents the first time someone other than the tournament winner is claiming a title. And, due to UCF’s nature as a Group of 5 school, most will probably ignore it. However, it is still significant. This is only the second year since the BCS began in 1998 that there will be two teams claiming a title. That’s a big deal, whether people want to ignore UCF or not.

I have said, since day one, that what can most harm the CFP is a split title. It’s why, in my opinion, an AP No. 1 or 2 team will never be left out. The selection committee can’t technically use the AP Poll, but they can’t afford to ignore it either. The entire purpose of the CFP is to give us an undisputed champion. If the CFP can’t succeed in that, then what’s the point?

The committee’s major mistake this year

In hindsight, it’s easy to see this mistake. But the committee should have noticed this before. Matching up UCF against Auburn was a major blunder.

In a year with significant debate about the fourth Playoff seed, giving UCF a chance to defeat Auburn was asking for disaster. Auburn is the only team in the country to face three Playoff competitors this year, and the Tigers earned favorable results against all of them. If UCF had beaten Penn State or Washington, I highly doubt they would be claiming a title right now.

Of course, this scenario went full nightmare for the CFP. Not only did UCF beat Auburn, but both semifinal winners were teams that Auburn defeated. Sure, transitivity doesn’t really work in college football. Don’t tell the CFP that, though; “comparative outcomes against common opponents” is one of the factors the committee is supposed to use when comparing similar teams.

That doesn’t matter much, though. UCF is the only undefeated team in college football–and one of its wins came against a team that beat both NCG participants.

This would have been such an easy year for the committee to put in a Group of 5 team. UCF had two Top 20 wins to end the year — more than Playoff participant Alabama. There was no good choice for the committee as the fourth team: Ohio State had that ugly loss to Iowa, and Alabama and Wisconsin both lacked wins of any quality and lost their final regular-season games.

I have no idea if the committee will learn from this for the future. At the very least, the committee will probably think possibilities through more before deciding who to match up an undefeated Group of 5 team against. Of course, if that’s the only lesson, it probably would be worse for college football.

Make no mistake: what UCF is doing this year is absolutely embarrassing the CFP — and the Playoff knows it. Next time, it could be a jilted Power 5 team trying to claim a title. (TCU probably could have made a strong case in 2014.) That would be the end of the CFP, immediately. If it can’t create an undisputed title, what’s even the point? UCF’s parade might seem farcical to many, but it isn’t to Orlando, it isn’t to the AAC, and it isn’t to the Power 5 conferences either.

Just look at Bob Bowlsby’s comments and how P5 bigwigs just can’t seem to not respond to UCF. It’s because this is working.

“It’s fair because playing in the American Athletic is not the same as playing in the Big Ten or the SEC or the Big 12, it’s just not. They have some big games, but they don’t have an Iowa State who can beat a second-ranked Oklahoma. The depth of those leagues and the quality at the top, getting ready for one game against Auburn, that’s a lot different than playing Auburn every week. … TCU, if TCU and UCF played 10 times, I defy anybody to convince me that UCF would win the majority of the games. Of course I’ve only been looking at it for 35 years.”

We’ll know just how seriously the college football world really takes UCF on Tuesday. I am certain that the Knights will earn a few first-place votes in the final AP Poll this year. It certainly won’t be many, but there will be some. Every single one of those will matter, as they will represent the first time in the CFP era that a national champion isn’t unanimous.

What’s going to happen next time there’s an undefeated Group of 5 team and no clear four Playoff teams? I don’t know. But I do know that the people in the committee room — and especially Bill Hancock — will remember what happened with UCF in 2017, and they’ll be nervous. And just maybe, if that Group of 5 team has a half-decent resume, that nervousness will translate into a desire to avoid a repeat of two teams claiming national championships.