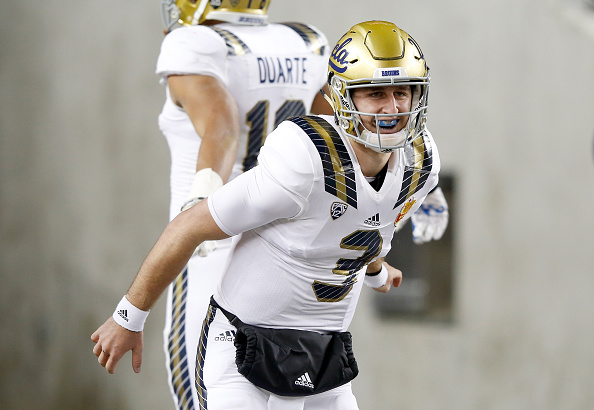 Over the past year, Nike has signed uniform massive deals with Ohio State, Texas, and Michigan. But today, the swoosh didn’t land a massive Pac-12 deal.

ESPN’s Darren Rovell has reported UCLA and Under Armour will announce a new 15-year shoe and apparel deal for the entire school that will be worth $280 million. The deal would immediately become the largest in college football history.

However, Cal left Nike to join Under Armour in April for a ten-year deal worth roughly $86 million. Under Armour also signed a monstrous new deal with Bryce Harper this year.

Despite UCLA having the longest college football or men’s basketball title drought among those four schools, it’s important to keep in mind the Bruins have won more championships total than any other school. On top of that, the deal doesn’t just cover football and basketball, it covers every sport.

With the new deal in place however, none of the $280 million will be given to the athletes in the form of compensation.

Remember, these poor schools don't have any money to compensate players: https://t.co/ibleL8PN2X

Over the past couple years, Under Armour has signed Wisconsin and Notre Dame away from their deals with Adidas. Up until now, UCLA had also been with Adidas since 1999. Notre Dame’s deal, which it signed in 2014, is for just $90 million for 10 years, according to the LA Times.

“We knew that we were well-positioned to cut a deal,” UCLA Athletic Director Dan Guerrero told the Los Angeles Times. “Under Armour came at us hard.”

“This deal was about geography,” Under Armour founder Kevin Plank said. “It was important for us to plant our flag in L.A.”

Plank, who founded the company in the mid-90s, started Under Armour in his grandmother’s basement. His first client was Georgia Tech, but the first big school he landed that really got everything going was his alma mater, Maryland.

“They’re still in their infancy, really, but look at the explosive growth they’ve had,” Guerrero said. “They’re aggressive, they’re motivated and we liked that.”