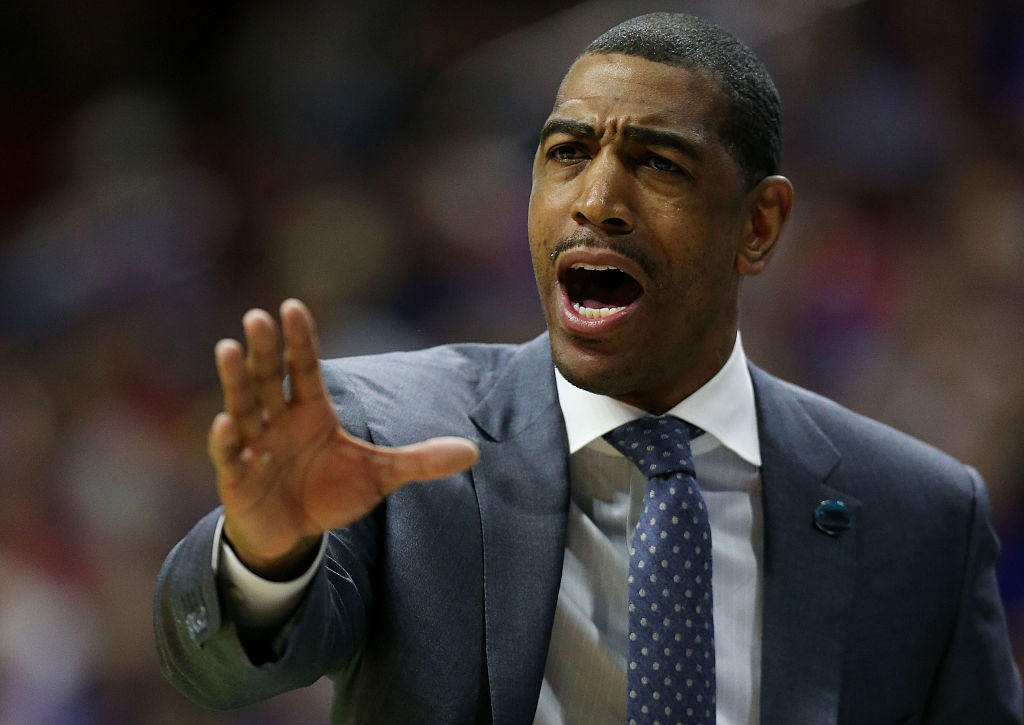 Two days after UConn’s men’s basketball season ended with an AAC tournament loss to SMU, the Huskies announced they are firing head coach Kevin Ollie and will seek to do so with cause.

ESPN’s Jeff Goodman and Jeff Borzello reported on why the school fired Ollie, and why they’re seeking to do so for cause:

“It is unfortunate that this decision became necessary,” athletic director David Benedict said in a statement. “As with all of our programs, we hold men’s basketball to the highest standards. We will begin a national search immediately to identify our next head coach.”

The school announced in January that it was the subject of an NCAA investigation but did not provide specific details. Hearst Connecticut Media cited unidentified sources saying the inquiry was related to recruiting.

That investigation centers around at least three recruits, according to this report from the Hartford Courant:

UConn said it conducted its own “NCAA-mandated internal review” after the revealing of the FBI’s investigation and indictments involving a bribery scandal. However, this inquiry is unrelated and was not self-reported by UConn as a result of that scandal or the internal review, but rather reported to the NCAA from an external source.

Sources told The Courant the NCAA has already conducted roughly 100 hours of interviews with individuals potentially involved. Those interviews have picked up in pace over the last week or so, and the inquiry includes the recruitment of at least three players, though not necessarily players who eventually came to UConn. The NCAA, which has not responded to a request for comment, compels interviewees not to comment.

That report also noted that Ollie’s contract includes no buyout if he were to be fired with cause. The timing, though, is odd; if UConn was seriously concerned about the investigation, why would they let Ollie coach out the season? That could open them up to further punishment. Instead, they let him coach out the string, making this look more like a firing for basketball reasons (UConn has only made one NCAA tournament since the national title) and using the investigation as a way to avoid paying a larger buyout.

We’ll probably get an idea as to how serious the investigation is when we see who UConn hires as Ollie’s replacement; if there really is a big potential hammer dangling over the program, they won’t be able to draw in the kind of name you’d expect a program like UConn to attract.