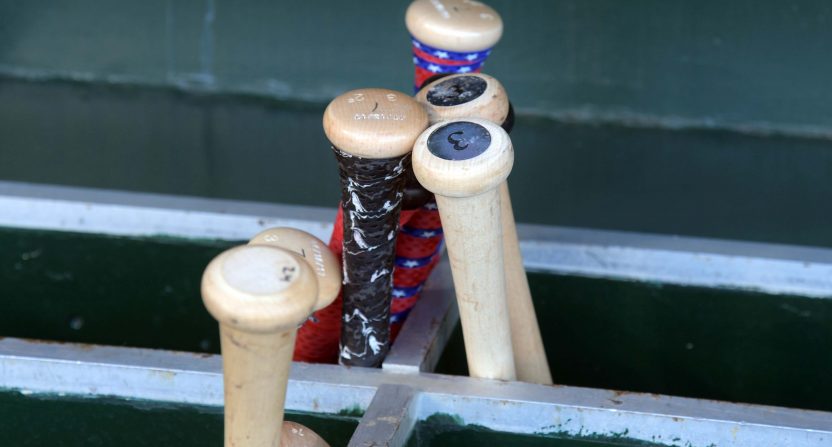 Baseball sure is a funny game!

We get examples of that every day, of course, but today’s best example is the fallout from UNC-Wilmington firing pitching coach Matt Williams. (Not the Matt Williams you’re thinking of, although given the rest of the story, it really would have been hilarious if it was that Matt Williams.)

The news of his firing broke a few days ago, and wasn’t exactly a national story. But now that we know why, it definitely is. Via Alex Riley of the Wilmington Star-News:

Sources within the program provided information to the StarNews that an effort to remove Williams from the staff goes back months, and, at times, appeared like it would not happen. Players received a text message the morning of Tuesday, June 12, setting up a group phone call at 11:30 a.m. On that call, Bass told players Williams was not returning.

Their story centers around two critical pieces – Brian Cain and the Dick of Death.

The Dick of Death! It’s probably better than you’re imagining, too. Brian Cain, meanwhile, is a motivational speaker who often spoke to the team, typically over Skype. The school approved it and everything; records show Cain was paid tens of thousands of dollars, at least, in an arrangement that goes back as far as 2006. And what was the school getting?

In May 2017, UNCW pitchers met with Cain in a Skype session that would have been considered routine.

According to multiple attendees, Williams set up a computer and TV for the session, then relocated to the back of the room.

And now, one of the best news paragraphs of the year:

At some point, the prop made its way from the Fisher Field House to the dugout at Brooks Field. A photo of the Dick of Death being held by a player during the 2017 CAA Tournament game against William & Mary was available on the school’s website as of Friday.

Apparently the school tried to fire Williams during the season just for being the guy who set up the video feed, but the team threatened to boycott a game against N.C. State, up to and including storming the chancellor’s office to demand an audience:

Following that meeting, a large group of players went to the Chancellor’s office and demanded a meeting. Eventually, two players were allowed to speak with Sartarelli and voice their concerns.

The team returned to the locker room and ultimately decided they would not face N.C. State.

Sometime later, Scalf entered the clubhouse and addressed the team. Players noted he was emotional as he told the squad that whatever they said worked and Williams would be keeping his job. The team decided to play against N.C. State that night, losing 8-3.

Williams is gone now, giving the team an entire offseason to try to get over their pitching coach getting the shaft.