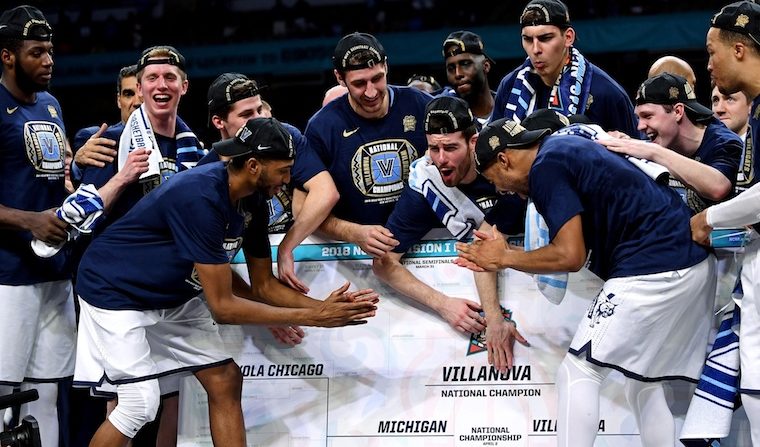 The Villanova Wildcats were the best team in the 2018 NCAA Tournament. And it wasn’t even close. The Wildcats demolished the Michigan Wolverines in the championship game on Monday night to win their second title in three years, by a score of 79-62. This one just seemed so much easier than that 2016 championship, which required a Kris Jenkins buzzer beater when Nova defeated North Carolina.

While the 2018 version of March Madness will be fondly remembered for the upset stories — UMBC becoming the first #16 seed to defeat a No. 1 seed in Virginia and 11-seed Loyola Chicago’s remarkable Final Four run — this was Villanova’s tournament.

The Wildcats won every single game by double digits in a stunning run of dominance. In fact, the only time when Villanova really felt in any danger of even being in a competitive game was in the Elite Eight against Texas Tech. A late Red Raiders rally brought them within five points after trailing by 13 at the half, but it was all for naught as the Wildcats ran out 12-point winners.

In the Final Four, it was a historic shooting performance against fellow No. 1 seed Kansas that put the game away within the first seven minutes, when the Wildcats had already built up a 22-4 cushion. Against Michigan, an incredible 31-point effort from Donte DiVincenzo and dominant defensive performance put the Wolverines away early in the second half.

With two titles in three years and an almost incomprehensible 164-21 record in the past five seasons, you can make the argument that Nova is the premier program in college basketball. Yes, better than Duke. Better than Kentucky. Better than North Carolina.

And it’s happened from absolutely nowhere.

Only Jay Wright and maybe his tailor could have seen this coming. Villanova has catapulted into the stratosphere of college basketball after several years of being a very good, but not great, program. Nova was a team that you could count on making the tournament pretty much every year, maybe even making a Final Four if everything broke their way, but never a team that you would think about as a perennial contender. 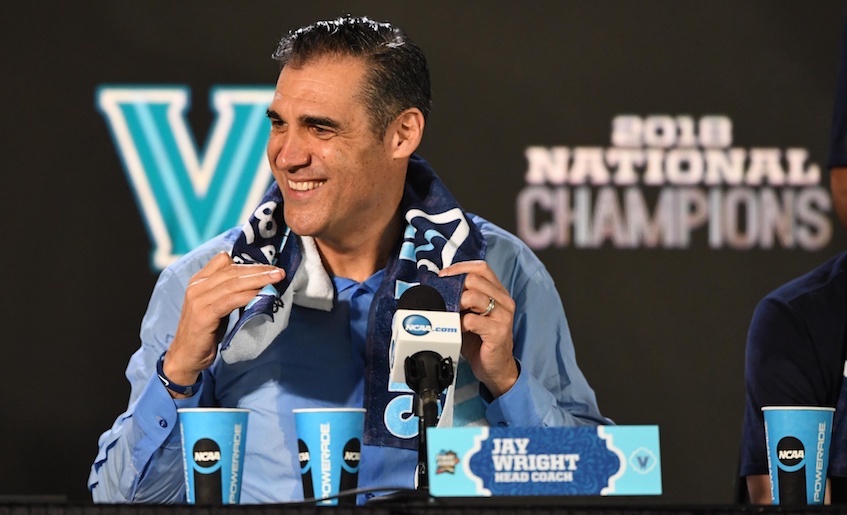 That has all changed in a very short period of time. Just take a look at some of these numbers:

Perhaps most impressively, Wright and Villanova have done it without very many NBA-caliber players. While teams like Duke have begun to chase more one-and-dones, the Wildcats have seen players stay for multiple seasons and develop into key contributors.

This year’s star player, Jalen Brunson, was a five-star recruit coming into Villanova but has blossomed in his junior season after steady progress throughout his career. In his freshman season, he averaged 9.6 PPG. That improved to 14.7 PPG in his sophomore season and 19.2 PPG this year on his way to being conference player of the year.

Villanova has only had three players drafted in the first round of the NBA Draft under Wright: Kyle Lowry and Randy Foye in 2006 and Josh Hart in 2017. Only two other players have been even drafted in the second round: Dante Cunningham (2009) and Darrun Hilliard (2015).

Even honors at the NCAA level have been hard to come by. The Wildcats have had just four consensus First Team All-Americans under Wright in Foye, Scottie Reynolds, Hart, and Brunson this year. Nova hasn’t had a recruiting class ranked in the Top 25 since this run started until this year in 2018, where they currently have the 12th-ranked class. DiVincenzo, the star of the national championship game on Monday night, was the 124th ranked player in the class of 2015.

So how has Villanova done it, in spite of the odds seemingly stacked against them? What’s fascinating is that Nova’s run corresponds with the construction of the new Big East basketball conference in 2013. That certainly isn’t the only ingredient towards their success, but their ability to lead the new Big East in a basketball-only conference can’t hurt as a selling point. Nova can face strong competition throughout the year against the likes of Butler and Xavier without going through the grind of a Power 5 schedule.

It could have been easy for Jay Wright to jump to a “bigger” program after first tasting the Elite Eight and Final Four stage at Villanova in the mid-2000s, thinking that’s as far as he could take the program. It could have been easy for Nova to become a stepping stone program to those “bigger” jobs (see: Xavier) and the program would be in a constant state of turnover.

And how many of those “big” programs would stay with a coach who didn’t make the NCAA Tournament in his first three years on the job like Wright did? Or stayed patient through all the years of being a solid “B” as a program?

It’s taken some time and some patience for Villanova to reach this elite level — 12 years, as a matter of fact. But it has more than paid off for everyone involved with the Wildcats program. And now that they’ve reached the summit after a lengthy journey, it doesn’t look like they’re going anywhere anytime soon.