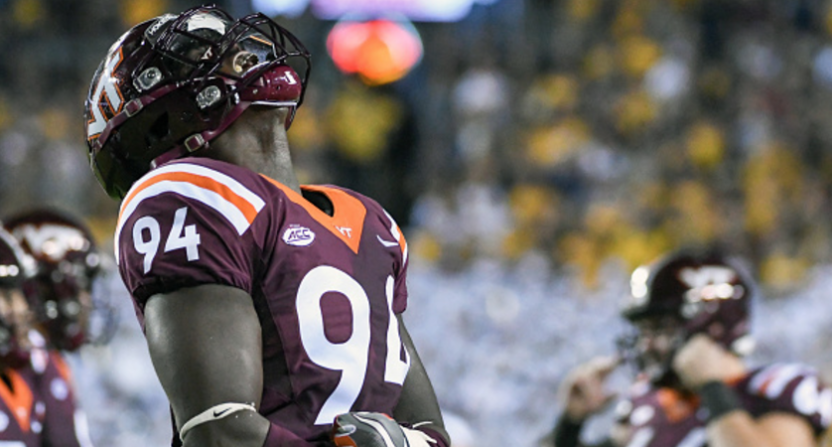 Week 5 in college football is an exciting one, featuring three top 25 matchups, as well as a number of games that could set the tone for the 2017 season. Kelly Bryant gets another chance to perform in the national spotlight. USC faces a tough test in Pullman. And will Georgia and Tennessee give us as exciting a game as they did last year?

Here is our weekly Friday collection of thoughts, observations and things worth paying attention to this weekend in college football.

** Clemson-Virginia Tech is clearly the top game of the weekend. It features two of the most explosive offenses in the nation (both rank in the top 15 in total offense), as well as two of the best defensive minds in the game in Brent Venables and Bud Foster. Whether it’s a high-octane shootout or a 9-6, 3-OT slugfest, this should be one of the 10 best games of the year.

One matchup to pay attention to is Clemson quarterback Kelly Bryant against the Virginia Tech secondary. Bryant played extremely well in his lone road start this season, completing 22 of 32 passes for 316 yards and a touchdown against Louisville. However, he’ll face a Hokies D that is one the better pass defenses in the country, allowing its opponents to complete just 45.7% of its passes (5th best total in the nation).

The flip side of that matchup is equally intriguing. Tech quarterback Josh Jackson is playing just as well – if not better than – Jerod Evans, connecting on 75 of 115 passes (65.2%) for 1,127 yards and an impressive 11/1 TD-to-INT ratio. He’ll face a Clemson defense that ranks second nationally with 17 sacks through three games. That includes an 11-sack performance against Auburn and a five-sack effort against reigning Heisman Trophy winner Lamar Jackson.

** The most underrated game of the weekend is USC at Washington State. Sure, the conference made the mistake of playing the contest on a Friday night, but it should provide the type of #Pac12AfterDark-type of excitement that we are accustomed to.

We should find out exactly how good the Trojans offense is in this contest. The Wazzu defense is one of the top units in the land, ranking 12th nationally in total defense, 18th in yards per play, seventh in turnovers forced, and fifth in sacks. It’ll be interesting to see how the Cougars do against Trojan QB Sam Darnold, who has completed 73.4% of his passes in conference play this season.

On the other hand, Wazzu QB Luke Falk is completing 76.9% of his passes for 1,378 yards with an outstanding 14/1 TD-to-INT ratio. He’ll square off against a USC secondary that ranks fifth nationally in interceptions (7) and 13th in completion percentage (49.0%).

In a contest as tight as this one, the team that makes the most of its opportunities usually comes out on top. This would favor Washington State, which has cashed in on 90.48% of its red zone opportunities this year (compared to just 82.35% for USC).

Oddly, the visiting team has won the last three meetings in the series, which favors the Trojans.

** Is Mississippi State as good as it was against LSU or as bad as it was against Georgia? This week’s road trip to Auburn should answer that question as the Bulldogs face a Tigers team whose lone blemish is a loss against defending national champion Clemson. The quarterback duel between Nick Fitzgerald (fourth in the SEC in total offense) and Jarrett Stidham (SEC-best 70.6 completion percentage) will be worth the price of admission.

** It doesn’t matter whether it’s Jake Fromm or Jacob Eason under center, Georgia will put up points against Tennessee. The three-headed monster of Nick Chubb, Sony Michel, and D’Andre Swift is averaging 111.75 yards per game and 6.2 yards per carry. That doesn’t bode well for a Volunteers D that ranks 118th nationally against the run.

** No, Wake Forest isn’t going to upset Florida State. While the Demon Deacons are much better than they were a year ago, they don’t have the type of explosiveness to score points on a Seminoles D that only allows 4.88 yards per play. Look for the entire FSU offense to shake off the rust this week and have a huge outing.

** This weekend’s upset special is Cal over Oregon. Yes, I realize that the Ducks are a substantial favorite and have the advantage of playing within the friendly confines of Autzen Stadium. Yet, after watching Oregon struggle on third down last weekend (1-for-11 against Arizona State), I’m convinced the Golden Bears defense will come up with enough stops to get a “W” in this contest.