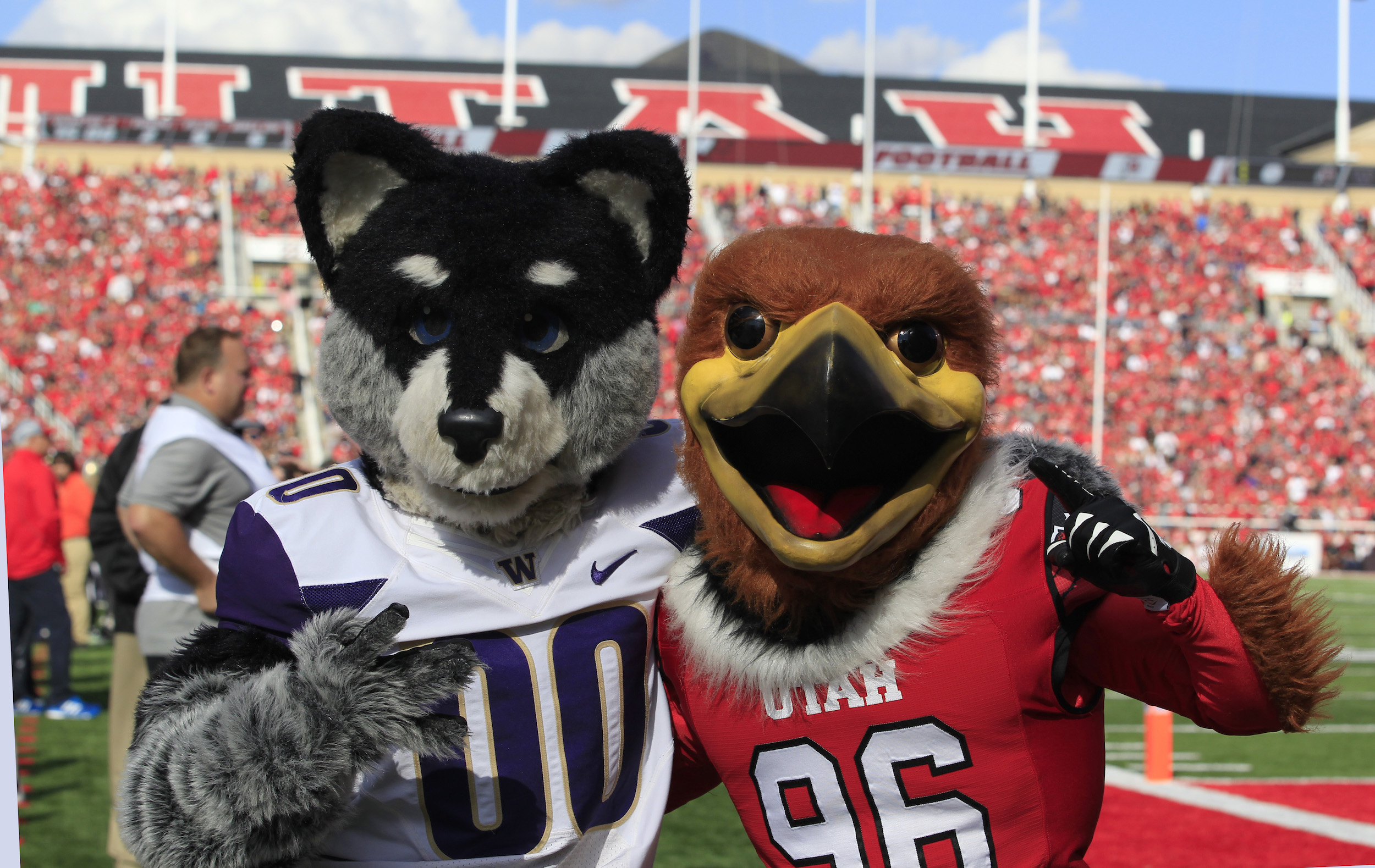 When Troy Williams’s fourth-and-15 pass fell incomplete, the Utah faithful groaned as one.

The 17th-ranked Utes had pushed the No. 4 Washington Huskies all afternoon, but a late punt return touchdown had the home team down 31-24. Questionable play-calling and penalties got Utah to fourth down, but there wasn’t a soul in Rice-Eccles Stadium who thought the Utes couldn’t tie up the game.

From the beginning of the weekend, the theme of the matchup between Washington and Utah seemed to be all about blind (albeit substantiated) faith.

Arriving at Presidents Circle just before 7 a.m., the palpable, unnatural energy of ESPN College Gameday was everywhere. Utes fans and Huskies fans filled the picturesque entrance to the University of Utah with signs, Halloween costumes, and a wall of noise. For one team, this would be a coronation as probable “king” of the new Pac-12 conference. For the other, the consolation prize was to be a potential division winner, which didn’t sound half bad either.

For much of the West Coast league’s existence, it’s operated on its own time – literally and figuratively. Late starts, limited national powers, ESPN’s East Coast location, and the Pac-12 Network’s struggles, among other factors, have sectioned it off from the rest of the college football world like some secret late-night snack. USC’s historic dominance led to perceptions of a one-team league until Phil Knight dumped a truckload of money into Oregon’s program in the late 90s/early 2000s. Now, the Pac-12 may be entering its third and most competitive phase yet.

This year’s standings show Washington and rival Washington State atop the North Division at 5-0 apiece. The South is controlled by Colorado and Utah, with USC trailing close behind. Stalwarts like Oregon, UCLA, and Stanford may not even make bowl games.

The Pac-12 is cannibalizing itself, sure. As we saw on Saturday when Washington beat Utah, that case can be made pretty easily. Just three teams have one loss or fewer in league play, and five have already lost four or more contests.

All of that said, the proceedings in Salt Lake City felt like the transition point of what’s to come as the conference searches for identity post-Oregon (and maybe USC). One-time Pacific Northwest power Washington was back in the spotlight by way of vanquishing the Ducks. Utah, new to the conference, established itself as a fresh contender in the South Division by similarly dismantling Oregon last season. Very little links these two programs yet – they’ve only played 10 times total, and UW is 9-1 in those contests. This could be the start of something, though.

At College Gameday, Utes fans were aware of what was at stake. Washington fans were, too. While the broadcast crew got the crowd riled up, the early morning started with Huskies and Utah fans feeling each other out, like the opening seconds of a heavyweight fight. Along with the signs on both sides of the spectrum, joking barbs were lobbed out to see how the opposition would take them. They started low, and then got more brazen, bold, and informed. Washington fans seemed to be extra smitten about the fact that Utes’ QB Troy Williams was a Huskies transfer.

In the dark of the morning, the campus also looked like a sea of red, indicating overwhelming Utah support. But as the sun continued to rise on the crowded scene, the colors and voices of Huskies’ faithful continued to grow. When ESPN’s Lee Corso donned the head of UW mascot Harry the Husky, the crowd energy was electric on both sides. For two programs that cared little for one another, and had minimal experience in the spotlight, the stage was set for what felt like a title bout.

The frenzied environment continued in the hours leading into the 1:30 p.m. kickoff – over three hours after Gameday wrapped up. Local fans and students lined the streets for tailgates, rallies, and the train ride over from Downtown Salt Lake. Not a soul (other than me and one kid wearing a Ravens jersey of former Ute Steve Smith) was wearing anything other than school colors. Rice-Eccles Stadium shook beneath the gorgeous mountaintops in the distance. The building filled up quickly, with a final attendance of just fewer than 48,000 feeling much more like 65,000 or more.

“Is this the atmosphere at every game here?” I asked a nearby Utah fan from my standing room-only perch atop the stands.

“It’s always full like this,” she exclaimed (Utah’s sold out every game since 2010). “But the buzz around this game is pretty unique.”

“We’ve seen this team get close to major success since joining the league, and now we want to win the Pac-12. It starts with this game.”

Quite the view here in Utah. pic.twitter.com/fQ3LfqHEqA

Utah’s not without its past accomplishments, mind you. In fact, it’s very choosy about what it displays as points of pride as a program. Just two banners hang at the main entryway to the stadium, one for the undefeated 2004 season that ended in the Fiesta Bowl, and another for the undefeated 2008 team that beat Alabama in the Sugar Bowl. They’ve made other bowls, but those two top-five finishes are the mark for success in Salt Lake.

Washington fans seemed eager to assert themselves atop the Pac-12 as well, though in a completely different way. The program’s fade coinciding with Oregon’s dominance has resulted in 20-some years of pent-up frustration. You saw the Huskies and their fans take some of that out on Oregon in a 70-21 drubbing in early October. So while some fans had “1991” hats on (calling out the school’s most recent national championship), most were clinging to future returns over past accolades.

“I still can’t believe this season so far,” shouted a Husky fan in the standing room area after QB Jake Browning took the game’s final snap.

That “what if” lasts for another week after they held on by a touchdown at Utah, but there’s plenty more to do if they want to realize that dream. Washington faces Cal, USC, and Arizona State before what could be the most pivotal Apple Cup to-date. They also have the onus of needing to move up the rankings against that schedule. Tuesday night’s initial College Football Playoff poll put the Huskies fifth, just outside the top four. One-loss Texas A&M currently sits in front of them in fourth position.

This newfound story between the Utes and Huskies may find its next chapter before this season even ends. If Utah fails to lose again, they would be the South’s representative in the Pac-12 title game. If this past Saturday was any indication, we could be witnessing the birth of an annual struggle for conference dominance between these two teams. Even in college football’s weird, late-night football league, it’s a unique narrative we should be eager to watch unfold.