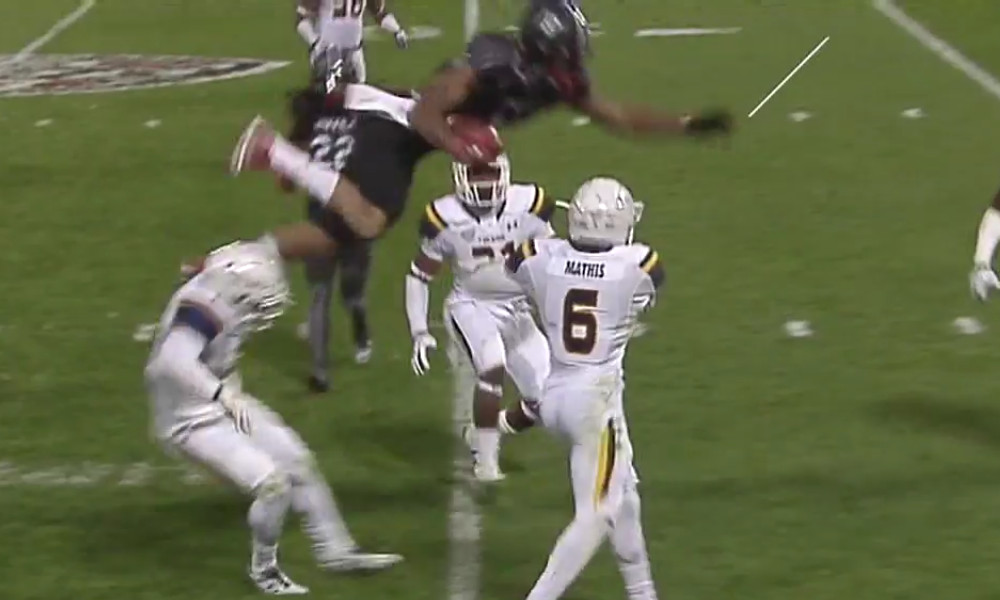 Football hurdles are always a cool move, but Wednesday night’s #MACtion between the Northern Illinois Huskies and the Toledo Rockets saw an unusual one. With the Huskies trailing 24-21 in the fourth quarter, quarterback Ryan Graham threw a pass to receiver Kenny Golladay, who then lept over a defender…with unexpected results.

It’s still a good move from Golladay, as this play came on third and nine and he would have been tackled before the first-down line if he hadn’t leapt. He managed to gain at least a yard in the process, even if he landed on opposing defenders.

This is one of the more unusual hurdle results you’ll see, though, and sadly, it didn’t wind up leading Northern Illinois to victory. The Huskies fell 31-24 to the now 8-2 Rockets, and dropped to 3-7 on the year.  That’s a disappointing result for them, especially as this was a marquee game on their schedule, the “Chi-Town Showdown” at Chicago’s Guaranteed Rate Field (home of the White Sox). At least Golladay delivered a cool and unusual highlight.