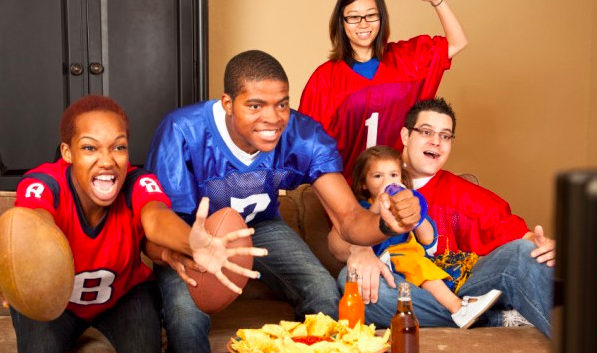 With just two weeks left in the regular season, then conference championship games, we can finally map out the scenarios that each team needs to reach the College Football Playoff. So if your team is still on the list of 14 not yet eliminated from the Playoff, a lot of games matter to you this weekend.

It may surprise you, but just about every fan base should root for Alabama to win out. Confused about why? Here are the rooting interests for every team still remaining in Playoff contention:

Miami: The Hurricanes are in if they win out. But what if they drop a game? Honestly, a loss to Virginia won’t be a killer, and 11-1 Miami is probably still a lock if it beats 11-1 Clemson in the ACC Championship Game. Still, if Miami wants to feel safe as a one-loss team, Notre Dame winning out certainly won’t hurt. Also, though it doesn’t matter this week, ‘Canes fans should root for Alabama. An undefeated Alabama team would remove the chances of a two-bid SEC, the only impediment to a one-loss Miami getting in. Similarly, a second Georgia loss should make Miami feel much safer, so root hard for Kentucky this week.

Clemson: Like Miami, the Tigers could possibly survive a loss (to South Carolina, not The Citadel), but that is a very risky proposition. Clemson is a lock if it wins out, though. If the Tigers do lose, then it helps if Notre Dame keeps winning. Clemson has enough quality wins to keep the Irish at bay, and it makes the win over Miami look better. Also, Oklahoma dropping one of its final three games would essentially lock Clemson in, even with two losses. As I said with Miami, it helps if Alabama wins out. The committee might take 11-1 or 12-1 Alabama over a two-loss Clemson team (though I doubt it), but no other SEC team can get in without winning the conference.

Michigan: The Wolverines need a lot of help. Most notably, though, they need Penn State and Michigan State to lose another game. If both of those teams win out, then Michigan cannot win the Big Ten East, no matter what. Also, the Wolverines would like to see Alabama win out and for Miami to lose to Virginia. A two-bid ACC is entirely possible, but not if both teams have a loss coming into the ACC Championship Game. Lastly, Michigan is rooting for Stanford this week. The Wolverines want Stanford to win the Pac-12, which would eliminate any risk of a Pac-12 team finishing ahead of the Wolverines. Michigan also needs Notre Dame to lose one more — and preferably not to Stanford — so fans should be rooting big for Navy this week.

Ohio State: The Buckeyes should be fine if they win out. Another Notre Dame loss helps, but isn’t necessary. Alabama winning out might not be necessary, but it would take a lot of stress away. The same is true if Miami can lose a game before facing Clemson.

Wisconsin: I actually think the Badgers can survive a loss, though preferably not this week. We have so few one-loss teams remaining, that Wisconsin should be okay if it ends up a 12-1 Big Ten champion. Alabama winning out helps, though, as that removes the possibility of a two-bid SEC. The same is true of Miami losing (or winning the ACC if it enters the championship game undefeated). The Badgers are in a pretty solid position, though. Going undefeated isn’t easy.

Oklahoma: The Sooners are all but locks if they win out. Even with another loss, though, Oklahoma isn’t in too bad a position. It needs a two-loss ACC and SEC team off the table, and would prefer if Ohio State wins the Big Ten. After that, the only issue is Notre Dame, as Oklahoma will be ahead of a two-loss Pac-12 champion. So root hard for Navy this week and Stanford next week. If Notre Dame loses, Oklahoma can feel pretty safe, even with another loss.

Oklahoma State: The Cowboys want something similar to Oklahoma, though they’d rather see Ohio State lose another game before winning the Big Ten. Most importantly, though, they need Texas Tech to beat TCU this week. Without another TCU loss (and it’s not happening against Baylor the following week), Oklahoma State can’t even win its conference.

TCU: TCU’s rooting interests are identical to Oklahoma’s, aside from the fact that the Horned Frogs want to see Ohio State as a three-loss Big Ten champion. If that can happen (say, Ohio State loses to Michigan, but then beats Wisconsin) and if Notre Dame loses another, then the Horned Frogs should be in the Playoff if they beat Oklahoma.

Washington: The Huskies need help, but not a crazy amount. They need Ohio State to win the Big Ten, but with three losses. They need Notre Dame to lose another game. And lastly, they need the SEC and ACC to each only get one bid. That means Alabama to win out and Miami to either win out or lose a game before the ACC Championship Game. Most importantly, however, Cal needs to beat Stanford this week. If the Cardinal win this week, then Washington can no longer even win its division.

USC and Washington State: I eliminated both of these teams from Playoff contention already, but we’ll discuss them. They just need too much to happen, but here are their paths. They need everything that Washington needs. However, that’s probably not enough. USC might need a fourth Notre Dame loss, because that 35-point head-to-head beatdown should keep the Irish ahead of the Trojans. Similarly, the Trojans are probably stuck behind even a two-loss Miami team (due to the common opponent of Notre Dame) and a two-loss Clemson team (due to a vastly inferior resume).

Washington State is interesting. It gets the bonus of a ranked win over Boise State, as well as wins over Stanford, USC, and potentially Washington then USC again. Five ranked wins would be the most in the country. Is that enough to overcome two very lopsided losses? With a committee this focused on defense, I’m thinking no, but it’s a possibility. Cougars fans should root for Boise State to keep winning, and Stanford beating Notre Dame next week will certainly help. If there are no two-bid leagues and Ohio State loses a third, who knows?

Notre Dame: The Irish are not dead, as many would like to think. In fact, their path is fairly simple. Have USC or Stanford win the Pac-12, and then either a three-loss Ohio State win the Big Ten or any team other than Oklahoma win the Big 12. If that happens, especially if Miami can win out, then the Irish are in as long as we don’t see a two-bid SEC. Michigan beating Wisconsin will help, too, as that removes the last potential one-loss Power 5 team. Look at the rest of the country. There is no one ahead of a 10-2 Notre Dame team if these things happen.

UCF: Does UCF have a path? Honestly, yes, but it’s not a simple one. UCF, even though it can add two good wins to end the season, can’t do enough to make its own resume worth taking. Rather, the Knights just need everyone else to be completely not worth selection. Here, in order, is what they need:

1. Wisconsin to lose to Michigan this week, and then to lose to Ohio State again in the Big Ten Championship Game. Meanwhile, Ohio State needs a third loss, either to Illinois this week (highly unlikely) or Michigan next week (somewhat plausible). A three-loss Michigan State team winning the Big Ten would be equally effective, but that would require Ohio State losing its final two games.

2. A four-loss Stanford team winning the Pac-12. Three losses might be enough, but UCF probably needs the Cardinal to have four.

3. Navy to beat Notre Dame this week. This both takes Notre Dame out of the running, and it makes one of UCF’s wins much more valuable.

4. Alabama to win out. However, this isn’t enough. An 11-2 Georgia team would still be ahead of UCF, so the Knights need Georgia to lose a second game before it faces Alabama.

5. Miami to win out. Like above, that isn’t enough, as a 10-2 Clemson team would still be ahead of UCF. So Clemson needs to lose to South Carolina next week as well.

6. Big 12 chaos leading to a three-loss champion (there are a few scenarios for this, one of which doesn’t even have to involve Kansas or Baylor pulling off an upset).

If all of this happens, then there are only two viable Playoff teams ahead of UCF: Alabama and Miami. So the Knights don’t even need all six of these things to happen. They just need at least five of the six. Will that happen? Almost certainly not. But if you want to see an underdog finally make it to the College Football Playoff, that’s the scenario you’re rooting for.