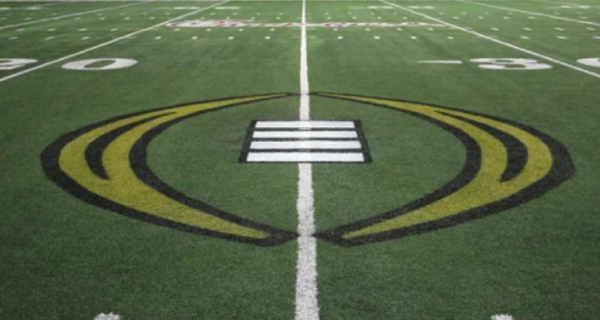 We have just ten teams remaining in College Football Playoff contention, though West Virginia needs a lot of chaos to have any prayer. UCF’s resume is improving, but will it be enough to end up ahead of either of the defensively-challenged Buckeyes or Sooners? Is Michigan safely in the Playoff with two more wins? Let’s look at the resumes and see what we can learn.

I include the rankings in yards per play of each team. On one hand, the resume focuses on which teams you have beaten, so I stick to only identifying the quality of wins and losses and show you each contender’s remaining games. On the other hand, the committee “watches teams play,” which is really not a quantifiable statistic, but something that we can at least try to get a bearing on. Still, it’s hard to find an offensive or defensive metric that accurately represents all teams and styles of play.

Some metrics will overvalue “air raid” type offenses while some will prefer more consistent, but less explosive gameplans. The rank in offensive and defensive yards per play gives a basic metric of how efficient and/or consistent a team is on both sides of the ball.

For the purposes of determining quality wins, things like Top 10 and Top 25 are arbitrary numbers that do more harm than good. There’s no reason the gap between No. 25 and No. 26 is considered significantly larger than the gap between 24 and 25. Therefore, to counteract this, I’m being very lenient as to who’s considered Top 10 or Top 25. Any team in the Top 25 of one of the major polls (CFP, AP, or Coaches’), or in a significant number of the accepted computer rankings, will be considered in the Top 25 for resume purposes. This leads to the awkwardness of having more than 25 “Top 25″ teams, but it presents a more accurate picture of the overall resume.

The selection committee has consistently mentioned “wins over teams with winning records” as an important metric, so I’m going to show that to you. It’s a less detailed way to view a win than looking at where each win is ranked, but the committee seems to care about it so we have to. I won’t count a win over an FCS team as a +.500 win, regardless of record. Again, even though the metric is a stupid one –there are cupcakes with +.500 records (for example, Hawaii and Nevada) – -the committee cares about it, so we have to.

The computers still love the SEC, but Alabama doesn’t need that. The eye test confirms what the metrics tell us. This is one of the most dominant teams in the country. It would take a catastrophic final two games for Alabama to miss the Playoff at this point. Honestly, compare this to Michigan, Ohio State, Oklahoma, and Washington State. If Alabama loses to Georgia, would you bump the Tide behind those teams? I’m not so sure I would anymore. Definitely not behind Ohio State or Oklahoma.

The same is true for Clemson. This is a very strong resume, and it would take an absolute catastrophe to miss the Playoff. Clemson might have less wiggle room than Alabama, though, because a loss to Pitt would open the door to UCF.

The narrative has been that Notre Dame’s resume has consistently weakened as the season has gone on. That’s true for games against the likes of Virginia Tech and Stanford. But other wins — Pitt and Northwestern — are picking up the slack for the Irish. This is a very solid resume, and more than enough to be a Playoff lock if undefeated. It has a decent case even if the Irish lose to USC, though such a loss would be so ugly that it might kill the resume by itself.

In what should be no surprise, the Bulldogs’ offensive metrics jumped up from No. 11 to No. 3 after playing UMass this week. What is surprising, though, is that the defensive numbers fell from No. 27 to No. 37. If Georgia has a week like that again, the Bulldogs could be in trouble against Georgia Tech, let alone Alabama. The resume overall is very strong, though. Two more wins is a guaranteed Playoff berth.

Michigan still gets to be in this section, but barely. If Clemson, Notre Dame, and Georgia all win out, the Wolverines will have a tough call against Alabama. That probably leans towards Michigan- who would have at least seven wins over +.500 teams and possibly only one cupcake victory. (Of Michigan’s four victories over teams outside the Top 80, Western Michigan, SMU, and Nebraska could all slide up out of cupcake range with wins this week.) The SOS numbers will be in the Top 15, and four ranked wins will be tough to argue against. It will be a discussion, but I still think Michigan beats out Alabama in that case.

You know your defense is in big trouble when it’s suddenly 12 places worse than last week- and you just faced Kansas. That win over Army is really helping this resume look stronger, though Oklahoma would prefer you forget just how that game was won. Two wins over West Virginia would help this resume, but it’s not great regardless. Those defensive numbers will probably give the committee serious pause, depending on what the other options are.

The further this season goes on, the worse this Ohio State resume looks. The defensive numbers are worse than Oklahoma’s, there’s only one real decent win (Penn State), and most of the games have come against very mediocre teams. On top of that, the Buckeyes are winning games by the skin of their teeth. We’ll see what the committee thinks if it beats Michigan, but it’s hard to see this Ohio State team looking Playoff-worthy. Then again, it’s not like Oklahoma looks any better, and Washington State has its own issues.

Those six cupcakes look really ugly, but two of them (Colorado and Arizona) are just barely below the cut line. Also, the Cougars will add two more solid wins if they win out. It’s the nonconference schedule that will give the committee serious pause. Washington State played three cupcakes nonconference, and the Pac 12 has been pretty weak overall. The metrics are solid and Gardner Minshew is getting good attention, but it’s tough to put the Cougars over any other one-loss team, even Ohio State.

That’s right. For the first time in Bubble Watch history, a Group of 5 team is on the bubble. The metrics are decent, and UCF finally has a ranked win, thanks to Pitt. Also, Cincinnati will probably make it back into the rankings if the Bearcats win this week. The six cupcakes are ugly, but the SOS should be less ugly after the final two games. Will it be enough if Northwestern wins the Big Ten? Can this team jump an ugly-looking Ohio State or Oklahoma without those two teams losing? It’s highly unlikely, but the resume suddenly isn’t significantly worse than those others.

There’s not much at all here, and West Virginia is clearly behind UCF. But if Northwestern wins the Big Ten and Washington State loses, someone has to get in. 10-2 West Virginia is probably ahead of 10-2 Georgia, as long as Alabama wins by a decent margin. That’s it. That’s why West Virginia is still alive.

LSU is not alive because it would take unrealistic chaos, but this resume isn’t awful. Here’s LSU’s path to the Playoff: Northwestern wins the Big Ten, Texas wins the Big 12, Washington State loses a game, Alabama beats Georgia handily, and UCF loses. That’s too much to ask, which is why I have eliminated LSU, but that’s what would need to happen.