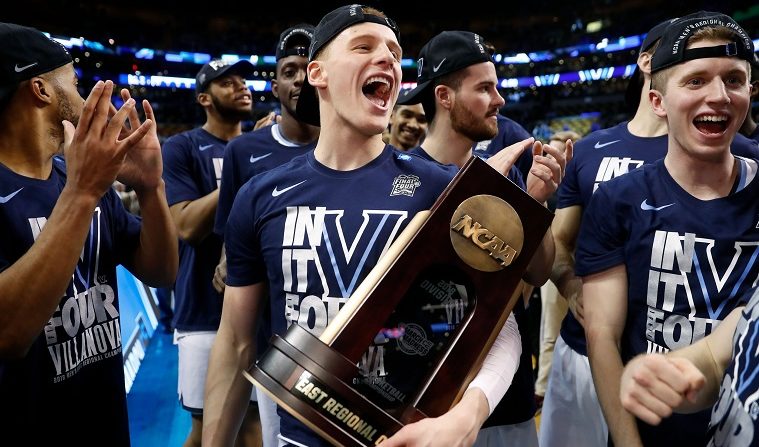 Welcome to the final weekend of college basketball! By Monday night, a new national champion will be crowned. All four teams remaining in the NCAA Tournament have won championships previously. Who’s going to win it all? Perhaps more importantly, who can claim cultural superiority?

Here at The Comeback, we’ve done all the homework so you don’t have to. This is everything you need to know to form your own opinion about these schools.

Reason to celebrate: Get ready to party like it’s 1963. The Ramblers have been the story of the NCAA Tournament. The most famous person associated with this team — Sister Jean — doesn’t even play on the court.

Greatest athletic achievement: Winning the 1963 national championship. That squad famously started four black players during a time when that was considered controversial. Those Ramblers beat Duke in the national semifinals and then Cincinnati in the title game.

Sister Jean and Loyola-Chicago are headed to the Sweet 16. pic.twitter.com/np0tndwAgv

The lowdown: Chicago is suddenly the city of winners. The Cubs finally won the World Series in 2016 after a 108-year drought. Northwestern finally went to the NCAA Tournament for the first time ever last season.

Everyone thought the Wildcats were going make another strong run this year. Well, Northwestern reverted back to Northwestern. But have not fear, Loyola-Chicago is here.

The Ramblers, winners of 14 in a row, deserve all the praise and glory. However, they are also Exhibit A when it comes to the randomness of the NCAA Tournament. They needed to win the Missouri Valley Conference tournament just to get into the NCAA Tournament. They won their first three NCAA games by a grand total of four points, including this memorable shot. It was somewhat out of character that Loyola-Chicago rolled by Kansas State to get to the Final Four.

Reason to celebrate: Michigan is another member of Team Lucky. The Wolverines were the No. 5 seed entering the Big Ten tournament and got hot. They have won 13 straight, but would have lost to Houston in the Round of 32 if not for missed free throws and a miracle shot by Jordan Poole.

Greatest athletic achievement: Winning the 1997 football national championship. C’mon, it’s a football-first school, people. If the Wolverines lose in San Antonio, everyone will quickly move on to spring football. That Jim Harbaugh better get the Wolverines in the Big Ten hunt this year! These people are tired of losing to Ohio State.

But athletics is the impressive front porch of the university (the Michigan hockey team is in the Frozen Four, too). Michigan stole two coaches from West Virginia. The football hire of Rich Rodriguez didn’t work out. The basketball hire has been a smashing success. Pound for pound, John Beilein is one of the best coaches in America. He’s a terrific teacher who doesn’t regularly get the type of recruits that Kentucky, Duke or Kansas lands. Still, Beilein is making his second Final Four appearance in six years. He has a decent chance to deliver Michigan’s second national championship.

Reason to celebrate: It’s a dynasty in the making as Villanova is gunning for its second national championship in three years. The Wildcats’ 135 victories over a four-year span are the most in NCAA history.

Greatest athletic achievement: Won the 1985 national championship by beating Georgetown in one of the stunning upsets in sports history.

The lowdown: Philadelphia put away your hostility. Yes, you threw snowballs at Santa. Yes, you decapitated hitchBOT. And yes, you have been named one of the unfriendliest cities in America. But now is the time to rejoice because these are the golden years for Philadelphia sports.

The Eagles won the Super Bowl. The celebrations/riots were epic. And now Villanova – not Duke or Kentucky or Kansas – is poised to be the most dominant program in the sport. Holy Rollie Massimino (RIP)!

Villanova has been the best team in the tournament. The Elite Eight victory over Texas Tech was their least impressive performance and they still won by double digits. The Wildcats love to shoot the three, have leadership in junior guard in Jalen Brunson and exciting players in Mikal Bridges and Donte DiVincenzo.

And while Loyola-Chicago has Sister Jean. Villanova can count on an even higher power.

Reason to celebrate: Kansas is back in the Final Four for the first time since losing to Kentucky’s unstoppable 2012 Anthony Davis team. Bill Self entered last week with a 2-8 career Elite Eight record (2-6 with Kansas).

Greatest athletic achievement: Winning the 2008 national championship. The Jayhawks went 37-3, but came close to losing to Memphis’ Derrick Rose squad. In fact, they probably should have lost, if not for Mario Chalmers’ 3-pointer to force overtime. It was the biggest shot in school history and Kansas won in the extra session, 75-68.

Find someone that makes you as happy as Clay Young makes Devonte’ Graham pic.twitter.com/LXcoJZKnn2

The lowdown: Kansas is the lone true blueblood in this Final Four. The Jayhawks had to beat fellow traditional power Duke in an overtime steel-cage match just to get here.

This isn’t necessarily Bill Self’s most talented team. But it earned a No. 1 seed and went further than the school’s previous No. 1-seeded teams. In 2016, Kansas was beaten by eventual champion Villanova in the Elite Eight. Last year, despite playing in Kansas City, it was stunned by Oregon in the Elite Eight.

Of all the Final Four teams, Kansas is from the least glamorous city. C’mon. When is the last time you ran into anybody from Lawrence? At least it’s only 40 miles away from Kansas City and delicious barbecue (Jack Stack, Oklahoma Joe’s, LC’s). If the Jayhawks lose this weekend, wipe your tears away with ribs.

Loyola-Chicago vs. Michigan: You’re kidding, right? I’m not going to burn in hell. You have to roll with the Jesuits.

Kansas vs. Villanova: You’re kidding, right? I’m not going to burn in hell. You have to roll with the Catholics.