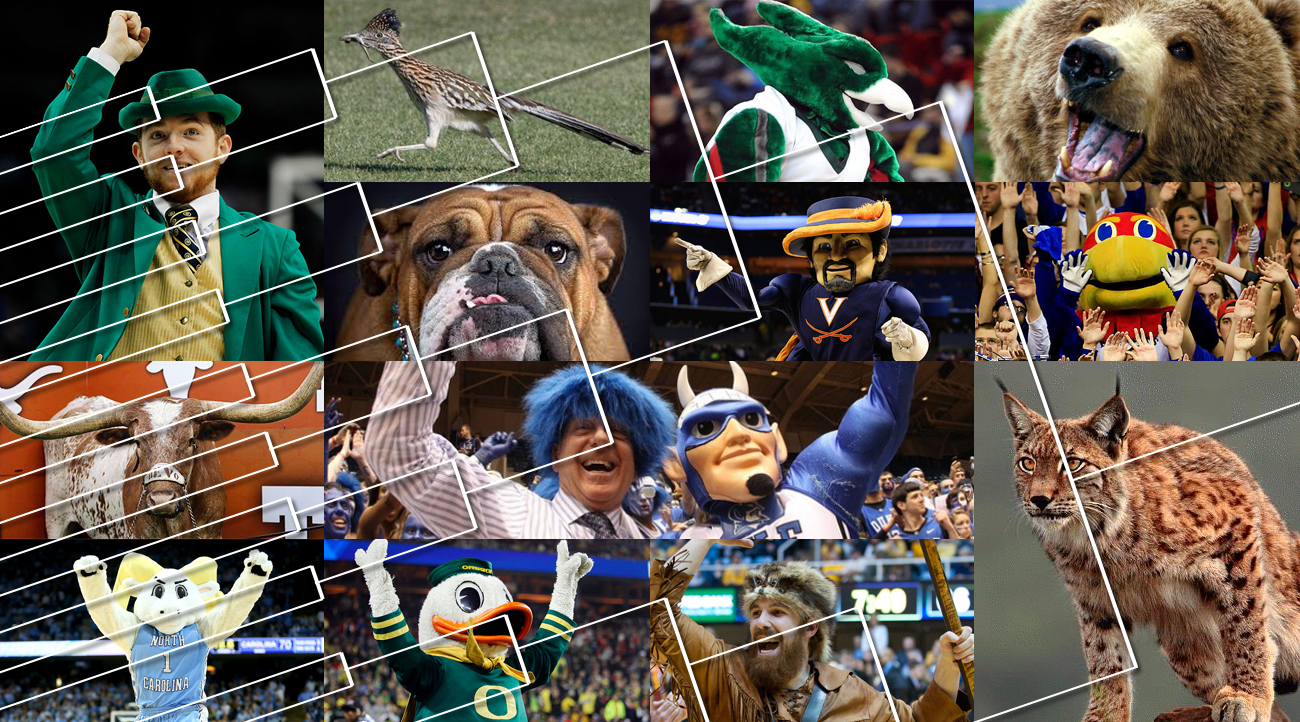 As we all hammer away at our bracket analysis, trying to learn everything we can about the field of 68 to come up with the best method for picking who will reach the Final Four, there’s one tried and true method that will never result in a perfect bracket, but will definitely foster the most ridiculous debate at work, school or your local wing and beer establishment, trying to watch the games while those annoying UConn fans at the table next to you who ditched their kids because their husbands hate basketball yell like crazy.

No, we don’t mean a fight between two college dopes in the suits that represent their teams.

We mean what if an actual hawk fought an actual ram. Or a Knight took on a Pirate in real life. Yes, let’s pick the NCAA Tournament bracket based on which mascots would win a fight to the death.

A knight is a soldier in armor with a sword and while eagles can be ferocious birds, a fight to the death between the two would surely go to the knight. The question is, after fighting that fight with the eagle, would said weary knight be able to go blade to horn with an angry ram hepped up on tobacco?

Probably, yes. FDU advances in an upset of seeds, for sure, but not an upset in battle.

A Hoosier, per a tacit internet search, is merely a “person from Indiana.” The term came from an old poem about the state.

A moc, on the other hand, is the result of a panicked University relations staff looking to shift away from Native American imagery in the late 1990s, going instead with a shortened version of “mockingbird” which is Tennessee’s state bird. From GoMocs.com:

The UTC Athletics Department changed logos in 1997, moving away from Native American imagery to a package of logos using railroad images, the nickname “Mocs,” and the Scrappy mascot. The new package emphasized UTC’s connection to Chattanooga and the city’s railroad heritage and incorporated the Tennessee state bird.

The term “Moc” is short for “Mockingbird.” Mockingbirds are fiercely territorial creatures which protect their homes with courage, determination and skill. Those attributes reflect the intellect, spirit and character of UTC student-athletes and alumni. A Moc is a champion on the playing surface, in the classroom and, most importantly, in life.

Mocs? Yeah. But in this case, no. Hoosiers by default.

A wildcat is a small but angry cat with sharp claws. A Seawolf is another name for a sea lion, which is neither wolf nor lion in the traditional fighting sense.

That said, a seawolf is also a class of submarine for the United States Navy. Alas, the logo is the animal not the ship. Advantage to the wildcats. 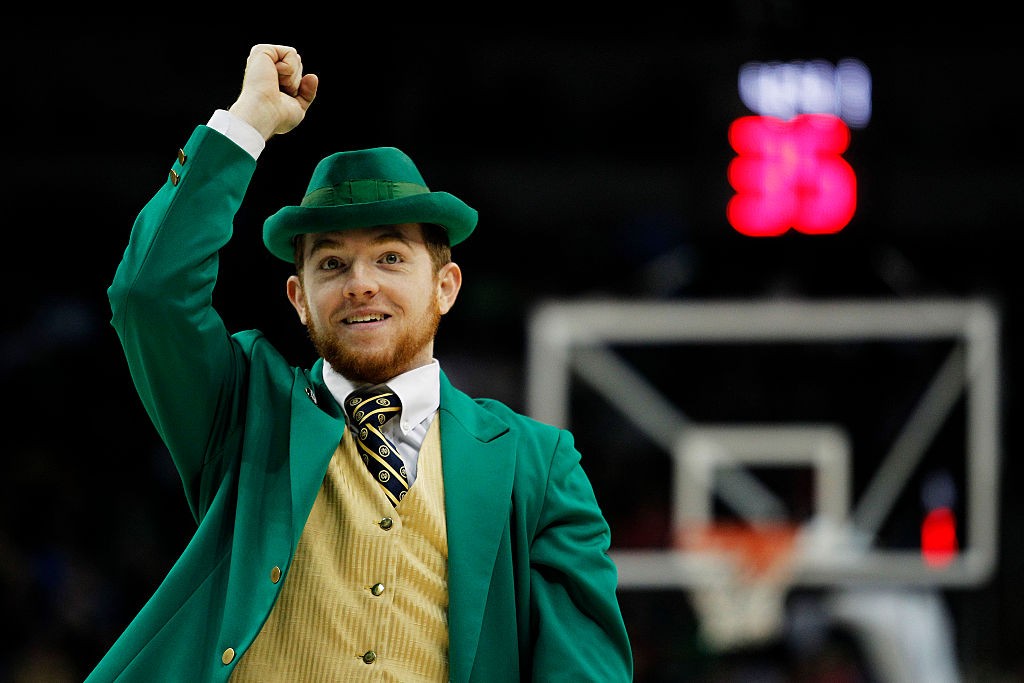 This is where things get interesting. A wolverine, no matter how rabid, has no chance against a hurricane, even one that’s golden.

And yet, in the grand scheme of mascot fights, the only thing that can defeat destructive forces of nature are spirits and celestial beings. Is a leprechaun magical enough to defeat a hurricane? Well, if a regular leprechaun can control a rainbow, it stands to reason an angry leprechaun, ready at all times to fight, could defeat a golden hurricane.  I’ll admit I don’t feel great about this one, but we’re going with the Irish.

A badger is a little omnivore with a bad attitude, like a wolverine or a fat weasel. A panther is a large, swift, scary cat. Advantage Panthers.

As we roll into the second round, our matchups are the following:

A knight would top a Trojan, just because the Trojan, for some reason, feels the need to expose way too much skin in a fight.

A wildcat will take a Hoosier. I’m sorry people of Indiana, but you are not equipped with any weaponry in this model. The Fighting Irish beat a damn hurricane, so a guy with a raccoon on his head is no match, gun or not. And a panther might put up a good fight against a musketeer, but still, gun almost always trumps animal.

The Knight would take out the Wildcat in the Sweet 16, putting Fairleigh Dickinson into the Elite Eight. But the magic stops there, as the Irish, again, use real magic to win. If a leprechaun can top a guy with a gun, then surely it can take out a guy with a sword, armor notwithstanding.

Continue to the Midwest on the next page…