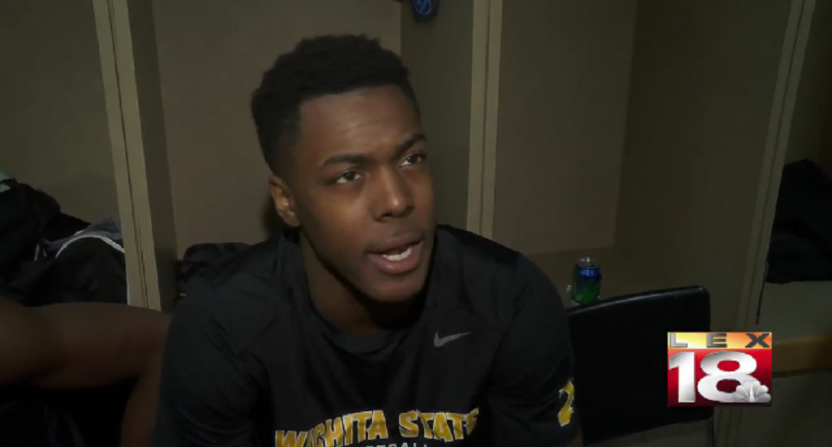 Wichita State coach Gregg Marshall has never been shy with the media, and that seems to be trickling down to his players.

Shockers forward Darral Willis Jr. told media ahead of Sunday’s second round matchup with Kentucky that the second-seeded Wildcats are “nothing special.”

Wichita State forward Darral Willis Jr. said Kentucky is "nothing special" and the Shockers aren't afraid of anyone "on this planet." pic.twitter.com/oYkE9eqEXU

“They play on ESPN every game, so I’ve just seen them play a few times” Willis said. “But they’re nothing special, nothing we can’t do. You know what I’m saying? We’re not scared to play any team on this planet Earth, so we’re ready and we’ll be ready to play tomorrow.”

Willis also said Wichita State will “shut down” Bam Adebayo’s rebounding. Adebayo had 18 rebounds in the first round against Northern Kentucky and is averaging 11 boards over his last 10 games.

Sunday’s game between Wichita State and Kentucky will be a rematch from 2014 of one of the greatest second round games ever. The Shockers were a No. 1 seed that year and held a 35-0 record before No. 8 seed Kentucky came from behind for a 78-76 win. Those Wildcats, led by Julius Randle, Willie Cauley-Stein, James Young and the Harrison brothers, went on to the national title game, where they lost to Connecticut.

The only players left from those teams are Wichita State walk-ons JR Simon and Zach Bush and Kentucky seniors Derek Willis and Dominique Hawkins. But none of those guys actually saw the floor in that game. (Wichita State center Shaquille Morris was also on the 2013-14 roster, but he redshirted.)

It definitely sounds like quintessential trash talk when Willis says Kentucky is nothing Wichita State can’t handle, but at the same time it’s simply speaking the truth by the numbers. Kentucky is ranked No. 5 in Ken Pomeroy’s efficiency ratings, and Wichita State is right behind at No. 6.

The Shockers have won 16 straight games and are 4.5-point underdogs for Sunday’s game.