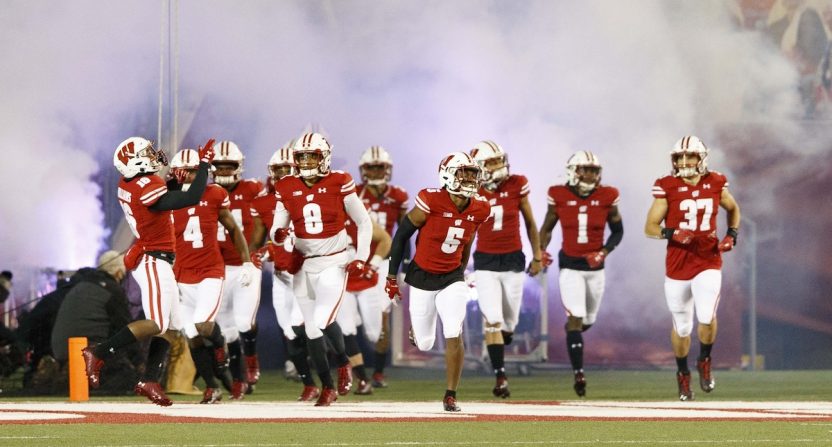 One week into the Big Ten’s delayed 2020 college football season, issues with COVID-19 have already caused a top program to cancel the second game on its schedule.

Wisconsin, currently ranked No. 9 in the AP Top 25, announced on Wednesday that its football program is pausing all team activities for at least a week due to a growing number of positive coronavirus tests. As a result, Saturday’s game at Nebraska has been canceled and there are currently no plans to make it up.

As reported by the Milwaukee Journal Sentinel‘s Jeff Potrykus, Big Ten protocols mandate that the game should be declared no contest and neither Wisconsin nor Nebraska will have a resulting win or loss on their record.

We have paused team activities.

According to school officials, 12 people — six players and six staff personnel — have tested positive over the past five days.

Starting quarterback Graham Mertz and third-stringer Chase Wolf are among the players who tested positive and will be out for a minimum of 21 days. Head coach Paul Chryst also announced that his test results came back positive, making him the second coach in the conference to contract COVID-19 along with Purdue coach Jeff Brohm.

Mertz had an outstanding debut in the Badgers’ opener last Friday (Oct. 23). Replacing the injured Jack Coan, the redshirt freshman threw for 248 yards and five touchdowns, completing 20 of 21 passes.

As of right now, no one in the Illinois football program has reported positive COVID-19 results after facing Wisconsin.

According to ESPN’s Mark Schlabach and Adam Rittenberg, Big Ten teams must play at least six games to qualify for a division championship. The only way that wouldn’t apply is if all teams in the conference averaged fewer than six games played. Then a team has to play no fewer than two games below the average among all Big Ten teams.