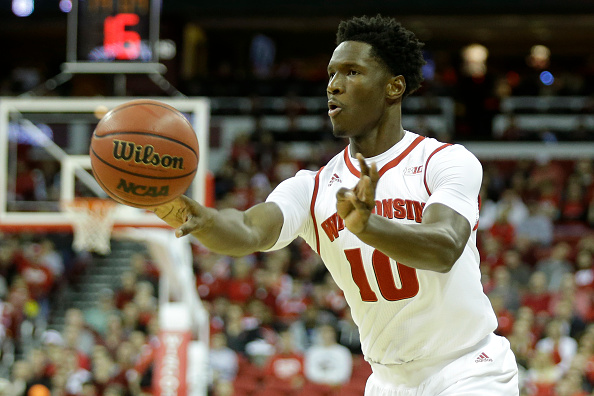 Wisconsin basketball standout Nigel Hayes has become one of the most outspoken college athletes this year with recent events. That was confirmed further thanks to a tweet on Monday.

In a tweet which included a photo expressing his thoughts, Hayes spoke about the experience of an African-American college athlete on campus at Wisconsin. This comes after various events, including a Wisconsin student wearing an Obama mask with a noose around his neck.

As a student, I demand change from @UWMadison. pic.twitter.com/NZEaqBeevP

As we have mentioned, Hayes has made his thoughts known about the collegiate system before. There was the time he ripped the NCAA’s idea of amateurism through the type of basketball his team uses. He later picked up further notoriety when he made an appearance at College Gameday‘s stop in Madison.

In this message, Hayes points out some sad truths that come with being an African-American on a college campus. While Hayes isn’t the first, it appears he realizes that as a person that makes Wisconsin millions of dollars each year, he has the power to make change. There hasn’t been a lot of time for folks to respond to this tweet yet, but there surely will be plenty of opinions spewed out in response.