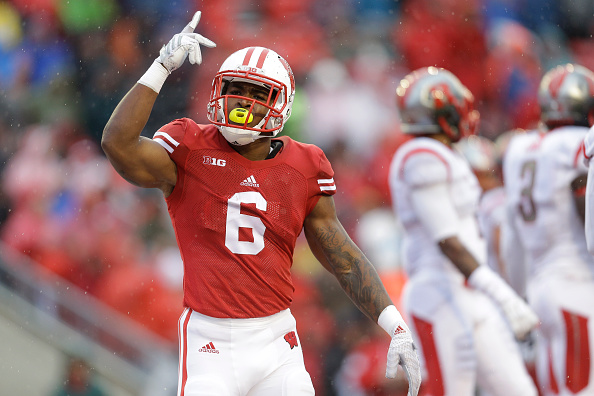 Two years ago the Wisconsin Badgers controlled the first half against an LSU team that was thought to have far more talent than the team from the brats and beer belt. And then things turned south faster than a snowbird trying to beat a snowstorm in early winter as the Tigers wrestled the game away in the second half.

Fast forward to tonight, and Wisconsin again came out with more fire and intensity than the Mad Hatter’s crew. Leonard Fournette looked like he was starring in a sequel to the Alabama game of last year, both the offensive and defensive lines were being manhandled by a more physical Wisconsin front, and quarterback Brandon Harris was misfiring more than a North Korean missile test.

But just like last year, the second half began to write a new narrative. Unexplainably Wisconsin began to turn the ball over by making bad decisions in the passing game, and treating the football like charity — giving it away for the benefit of others — namely for Les Miles’ cause.

The LSU defense took advantage by returning one interception for a score, and putting the offense in position to score another to take the lead. All of the sudden the offense then began to gain confidence. Leonard Fournette decided to make a cameo appearance and the wide receivers began to show why they are NFL caliber.

After LSU was able to elbow its way into the lead and take a 14-13 lead, the Badgers seemed to calm down, and in the end, were able to push pause on a movie we’ve all seen before by getting in position to kick what would be the game winning field goal. Then, sealing things with an interception. There would be no Geaux Tigers call tonight as frustrations boiled over.

And that’s where we pick things up.

This win is huge for Wisconsin. Sure, this Badger program has planted its flag among a lush and green place in the college football landscape, but it hasn’t quite been able to get those break through wins in the biggest of big games to make it to the far upper crust of along with the Alabamas, Ohio States and LSUs of the world.

Oh, how this could change things.

Look, it’s way too early in the college football season to anoint the Badgers as a national title contender, or even Big Ten favorite at this point. The schedule still before them is a land mine with games at Michigan State, at Michigan, at Iowa, and against Ohio State and Nebraska at home. To expect any team to not get nicked up during that schedule would be absurd.

If anything though, this win shows that the way of doing things in Madison is indeed good enough to beat one of the most athletic and talented teams from the south and west. Whether or not Wisconsin finds its way in the frontal lobe of the College Football Playoff Committee or not when November 1st rolls around remains to be seen, but what is clear, is that it has already spoken in the national title race by taking out a team thought to be worthy.

So now it’s time to build on this. There’s a long season to go, and nothing is given — especially in what promises to be another unpredictable and wacky college football season like we’ve seen almost every year.

Take notice though. Wisconsin is good enough to beat what has been one of the best programs in the SEC, which means it should be good enough to play with, and beat any remaining team on its schedule. Maybe, just maybe, the Badgers can finally break through and lay the foundation towards becoming an elite type of program.

Do you hear me Urban Meyer? Are you watching Twitter Jim Harbaugh? Don’t smile Mark Dantonio. Wisconsin might be coming after you in the heartland.